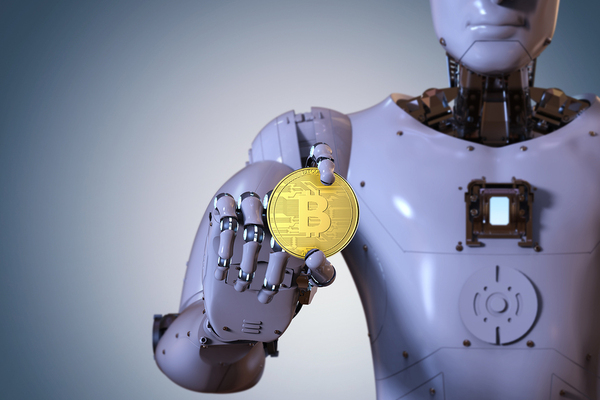 Unsurprisingly given their status as financial assets, cryptocurrencies have joined other markets in being overtaken by trading bots. Traders on Twitter brag about their proprietary bots that allow them to rake in bitcoin easier than mining, and new companies seemingly sprout up overnight offering the latest and greatest trading bot. There’s no doubt that bots are present in the market, but are they actually profitable?

You’ll find several types of trading bots, with the most popular being arbitrage bots that take advantage of differing prices from exchange to exchange. Even though exchanges try to keep prices synchronized, there is almost always a delay when prices change rapidly or by large amounts due to a large buy or sell order on an exchange. Arbitrage bots try to buy at the lower priced exchange and then sell at the higher priced exchange. This transaction can occur in fractions of a second.

Before you can make profits from bots, you first need a starting stash of bitcoin. That’s because you’ll need to make deposits at a number of exchanges, with all your accounts attached to the trading bot via an API.

You’ll also need patience because, when arbitrage trading, you’ll be making tiny profits off each trade. It’s the large number of small trades that’s possible that will make this strategy most profitable. For example, one trader claims he can make 0.26 BTC per day from an initial starting stash of 9 BTC by taking advantage of market inefficiencies.

There are a number of blockchain-based projects that claim they will use machine learning and artificial intelligence to create automated trading systems. Many of these use crowd-sourced data, but they also make use of bots. Yet the profitability of these projects remains unproven.

Logically it seems as if machine learning and artificial intelligence should be able to yield trading that’s more profitable, but so far many claims of profitability from bots can be considered little more than wishful thinking at best and scams at worst.

There are a number of popular crypto trading bots including the following:

There are others, but the above are considered most reliable. Even so, try them at your own risk. None have been definitively proven to be profitable.

Chances are the most profitable bots are ones of which you haven’t heard and will never hear. That’s because their creators keep them secret so they can continue profiting from them, rather than selling the bots and eliminating the trading edge they confer.

If you’re interested in trading bots, the only way to know for sure if they’re profitable is to give one or two a try. Perhaps you could start with some spare satoshis you have lying about. Definitely remain skeptical of any bots, and especially of those promising guaranteed profits. There’s simply no such thing as free money to be made without putting in some work.

The developer who maintains the Zenbot trading bot offers these wise disclaimers:

It’s clear to see that bots aren’t the be-all and end-all of trading. It will be some time before bots can replace the skill of a human trader. Until then, you’ll need to keep trading yourself if you want to score profits consistently.

Subscribe to the Bitcoin Market Journal newsletter to keep in the loop concerning crypto market developments.