Do Ethereum Gas Fees Vary by Time and Day of Week? (CoinMetrics): There’s one way of saving money on sky-high Ethereum fees: make your Ethereum transactions when the network is less congested.

Investor Takeaway: You will save money if you make Ethereum transactions between midnight to 8:00 am ET, or on Sundays. This goes for anything on Ethereum, including most DeFi and NFTs.

Your Money is Growing

Here’s the data on Ethereum gas fees: usage peaks around noon ET, so that’s when it’s most expensive. (Courtesy CoinMetrics.) 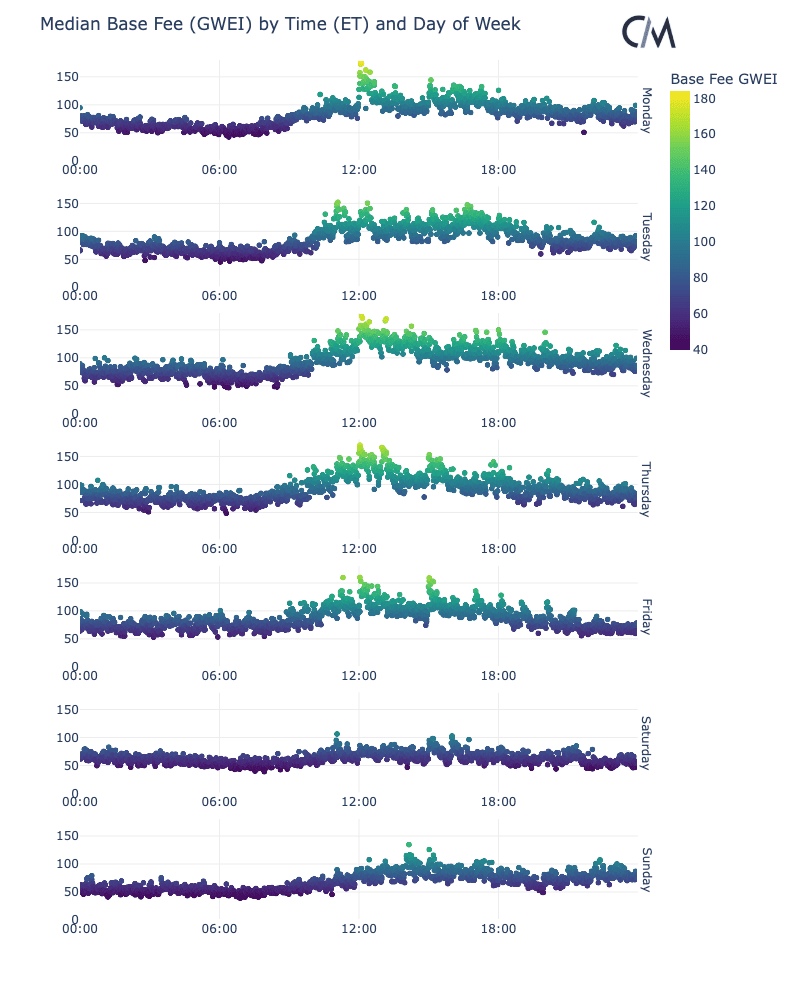 Investor takeaway: To save money on gas, stick to overnights and weekends.

We have nothing to fear but fear itself. And I know that what I’m about to say may not jive with many crypto enthusiasts, but inflation is not the end of the world.

Certainly, hyperinflation of immense proportions can have a devastating impact on an economy, as we’ve recently seen with Zimbabwe and Venezuela.

However, there are far more examples of countries that have lived with high levels of inflation for many years and have yet to fall off the planet.

Our readers in South Africa no doubt know what I mean. They’ve been surviving a steadily depreciating South African rand for several decades now, and the nation’s economy GDP has grown during this time.

My sneaking suspicion is that most would probably not list inflation as their number one problem right now. It’s more like a symptom.

In Turkey today, the central bank cut its key interest rate for a third straight month, sending the lira to a fresh, all-time low of 11.69 versus the U.S. dollar. 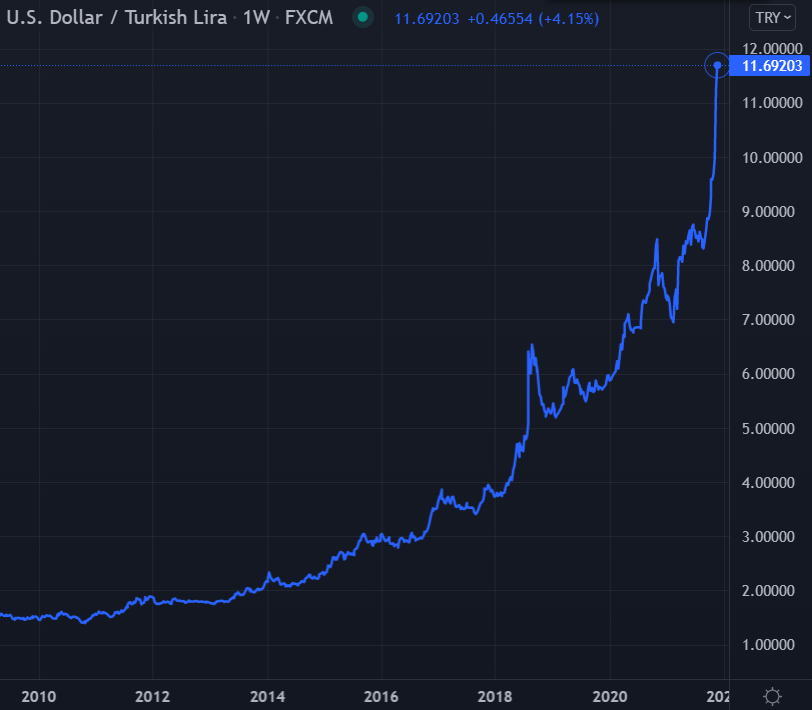 To the causal observer, taking the interest rate down from 16% to 15% might not seem such a drastic move.

Indeed, how many investors are really cutting their margins so thin that a single percentage point above 15 would force them to rework their business models?

One might factor in that the new rate brings us further away from the almost 20% inflation that the country is seeing, but what seems to be a focus of many media outlets is that the rate cut was ordered by President Recep Tayyip Erdoğan as part of his “economic war of independence.”

See, this is less about rational business decisions and more about political perceptions and how they impact the economy.

When people lose confidence in the government’s ability to control its own money, that’s when the problems start happening.

See, money is all an illusion. The magician needs to be constantly in focus, or else the crowd will see right through his act.

In the United States, President Joe Biden has done the levelheaded thing by nominating Federal Reserve Chair Jerome Powell for another term.

Even though we know that this means the loose dollar policy is likely to continue, it’s about as sturdy a move as the U.S. government can make to maintain confidence in the greenback.

With bitcoin’s sharp rise lately and retail providers starting to offer payments in cryptocurrency, the U.S. dollar needs all the support it can get.

For bitcoin, monetary policy is a nonissue. The rate of issuance was predetermined by Satoshi Nakamoto even before the first bitcoin was ever spent. The code is the law, and that is something that instills confidence.

Still, it does need to scale, and that’s why analyst Jason Deane has put together this research piece, highlighting the benefits of the recent Taproot upgrade. 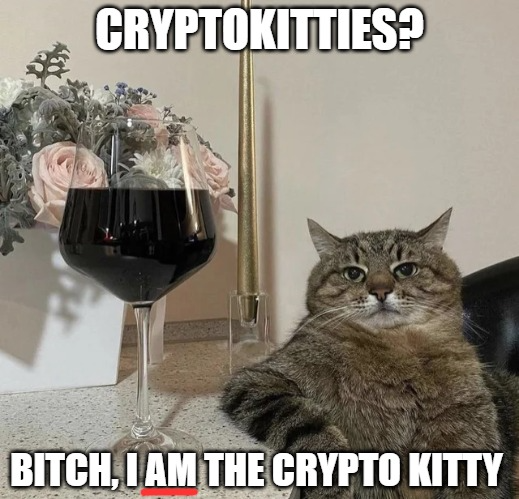 Of course she is talking to her friend, the female dog.
(Click to spread this meme.)