“We Can DAO It” (Decrypt): A deep-dive article on the rising trend of DAOs banding together to invest in companies. (Think of these as blockchain-based investor collectives.)

Investor takeaway: While we’re skeptical of DAOs (a centralized team is still needed to do the actual work), this model is worth watching. Investor DAOs may emerge as an exciting alternative to VC firms, open to the rest of us. Take the time to read this one.

Uniswap is the largest DAO by market capitalization (and part of our Future Winners portfolio). Here’s a look at how much protocol revenue it brings in each month. (Courtesy Token Terminal)

Investor takeaway: DAOs are still small potatoes next to traditional companies like Apple, which brings in $7.2 billion in revenue per month, about 1000x Uniswap’s revenue. We’re still early. HODL the GODL.

The Constitution of the United States established the fundamental rights and laws of the new nation’s citizens, and that the purpose of the government was to serve those citizens.

Ratified in 1788, the document is one of the longest-surviving written government charters in the world.

At 6:30 p.m. EST tonight, Sotheby’s, one of the world’s most famous marketplaces for art, will hold a public auction of a historic first printing of the Official Edition of the Constitution.

Of a 500 print run used by the delegates to the Constitutional Convention, only 13 copies remain. The estimated bid is $15 million to $20 million.

And now, a decentralized autonomous organization (DAO) is bidding on it.

ConstitutionDAO, the aptly named organization whose members found each other on social media, has raised over $40 million to purchase the esteemed piece.

DAOs are a way for interested parties to pool their resources and achieve certain objectives by leveraging code.

The first DAO was formed in 2016, as a way for investors to anonymously invest in an organization, with essentially no human intervention. Investors received tokens, which can be used to vote on potential projects.

Between late April and early May of 2016, the DAO raised roughly $150 million by selling DAO tokens in exchange for units of ether. At the time, this represented a significant portion (up to 14%) of the digital currency’s supply.

However, after this, a paper was published warning of security issues, and the DAO was hacked, which resulted in nefarious parties stealing $60 million worth of ether.

The hack ultimately resulted in the Ethereum blockchain undergoing a hard fork, which returned the stolen funds to investors. The new post-fork chain was called Ethereum, while some community participants took action to keep the original protocol, which was dubbed Ethereum Classic, alive.

Ethereum has continued to be an essential blockchain for smart contracts and a wide range of DApps.

Fast forward to today, and DAOs are seeing a surge in popularity, including names such as Uniswap, Aave, Maker and Dash.

According to the ConstitutionDAO.com site, the group wants to “put The Constitution in the hands of The People” instead of having it remain in private collections, so that way it will be accessible to all.

ConstitutionDAO token holders will get to vote on the final specifics on where the document should be housed, should they have the winning bid.

Will ConstitutionDAO be the winning bidder of the rare U.S. Constitution document tonight?

More importantly, will the future of finance continue to shift from top-down governance to more decentralized networks? 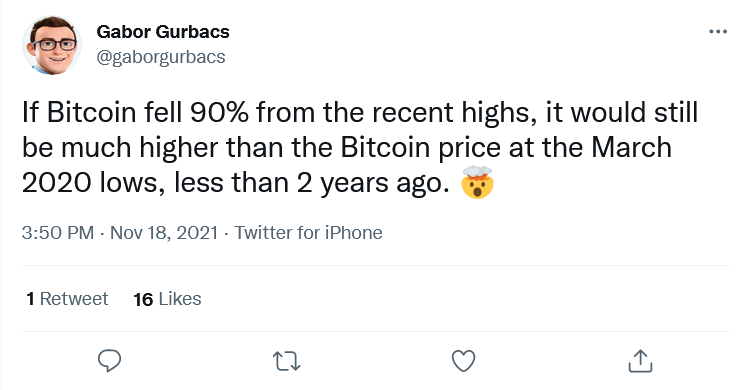 Focus on the long-term. 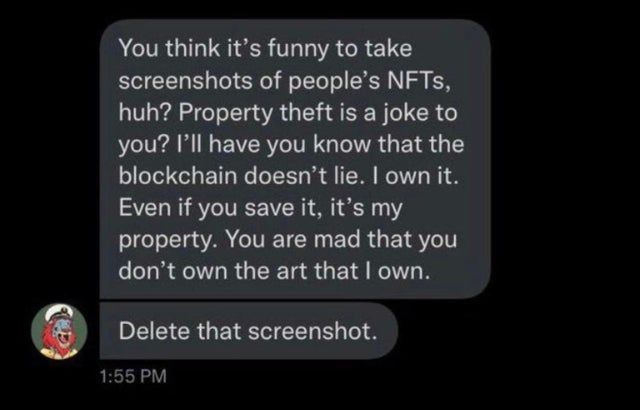 How to upset an NFT owner: take a screenshot.
(Click to spread this meme.)