On Inflation and Wealth (Ray Dalio): An easy-to-understand explainer on the state of inflation, why crypto is in a bubble, and what to do about it. Investor takeaway: don’t confuse easy crypto wealth with real wealth. Instead seek to be more productive, which creates real wealth.

The 2021 Bull Run Exit Strategy (corrected link from yesterday): Here’s one Reddit investor’s strategy for cashing out of crypto. Investor takeaway: Timing the market is always trouble, but the strategy for moving into safer assets is sound. 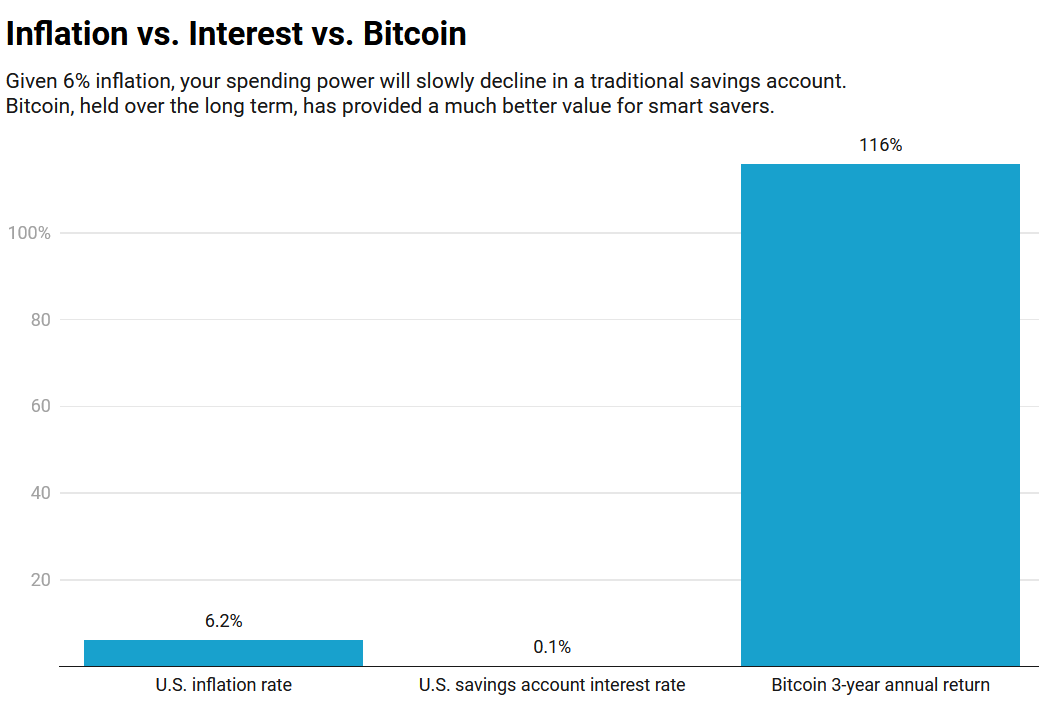 The Consumer Price Index for All Urban Consumers rose 6.2% during the 12 month-period through October, before seasonal adjustment, according to figures from the U.S. Department of Labor.

This was the fifth straight month where inflation was more than 5%, according to The Wall Street Journal.

Interestingly, while costs rose for most categories, the prices of airfare and alcohol fell.

And inflation has not been limited to the U.S. China’s factory-gate inflation rose to a 26-year high on surging energy and material costs.

With ever-increasing prices, supply-chain issues, and talks of stagflation, many investors are wondering what to do. Maybe they should look to Eric Adams for guidance.

New York City’s mayor-elect made a bold announcement this week:

In a recent interview, Adams said that bitcoin is the “new way of paying for goods and services throughout the entire globe,” adding that the technology behind crypto should be taught to students.

Well, I agree with you, mayor-elect Adams. And one of the nation’s premier business schools is not only offering a course in crypto, but also accepting payment for said course in bitcoin.

The Ivy League school will accept bitcoin for its online blockchain and digital assets class.

While the University of Pennsylvania may be the first Ivy League school to accept crypto payment, it’s not the first institute of higher education to do so.

King’s College in New York was the first U.S.-based school to accept bitcoin for tuition payments, while in Switzerland, the Lucerne University of Arts and Sciences also accepts bitcoin.

The future mayor of the Big Apple is apparently a very big fan of crypto, also giving his blessing to the launch of a New York coin…and then announcing in a tweet that he would receive his first three paychecks in bitcoin. 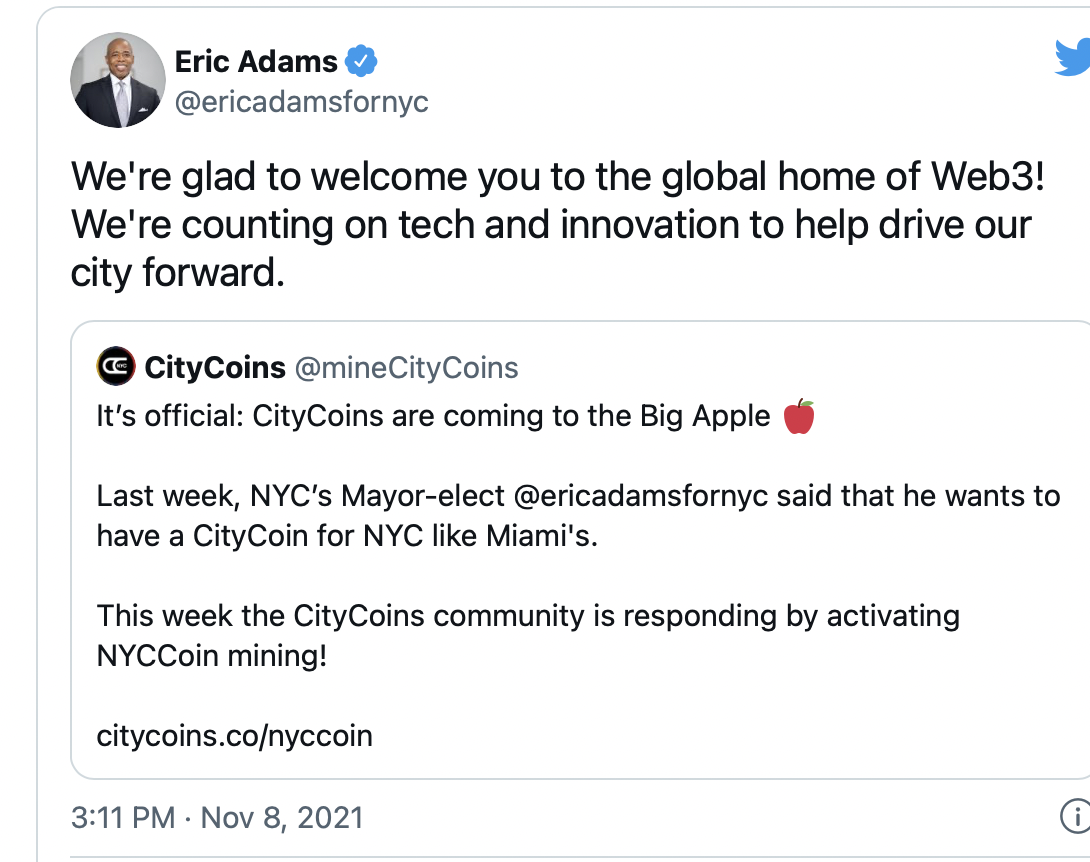 Powered by the Stacks protocol, CityCoins allow investment in a particular municipality through mining and stacking.

CityCoins run on the City Chain blockchain, and Miami is currently offering MiamiCoin.

Adams tweeted that he wants to bring this innovative technology to NYC, and the company has plans to launch in several other cities both in and outside the U.S.

Enthusiasts can mine MiamiCoin in an effort to support the city, and mining can be done via software on personal computers.

After mining CityCoins by sending units of STX, the Stacks token, to a smart contract that exists on the Stacks protocol, users receive 70% of the corresponding CityCoins, while the municipality gets the other 30%.

CityCoins are not just an investment for individuals. They are also a way for cities to grow their coffers by “earning a healthy stream of STX and BTC revenue by just holding onto their reserve wallet.”

In fact, since August, over $21 million in revenue has been generated for Miami.

Miami Mayor Francis Suarez aims to make the Southern Florida city into the world’s “cryptocurrency innovation hub,” with hopes that it will one day become a tax-free haven.

Not to be outdone, NYC’s future mayor is looking forward to some healthy competition between the cities, and I’m excited to see some forward-looking politicians at the helm. 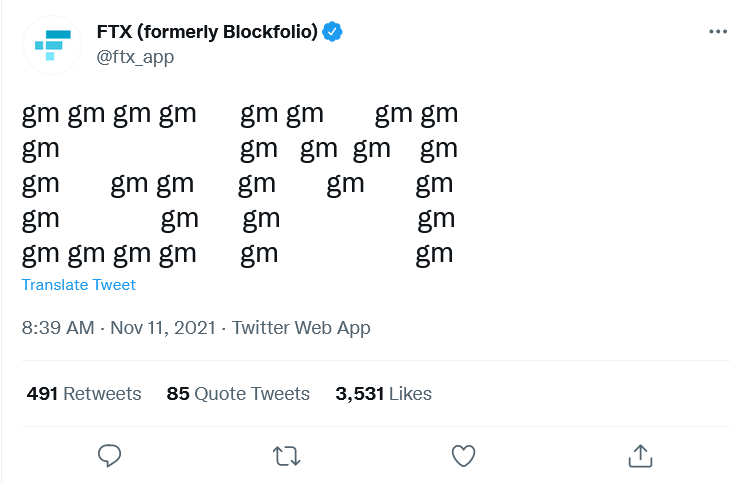 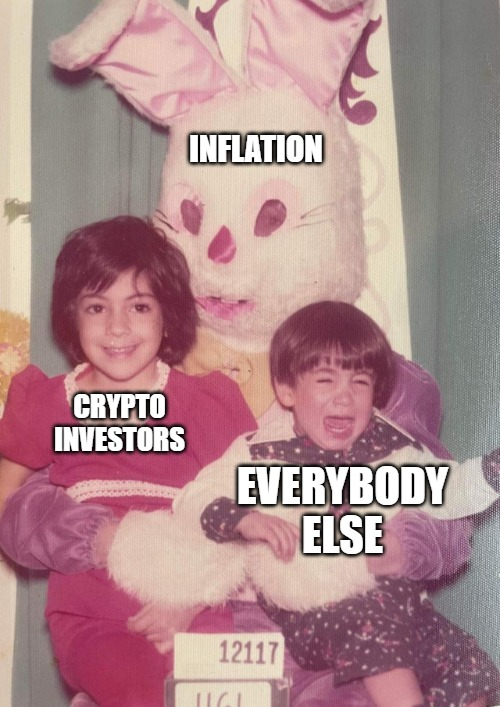 People are finally learning how money works.
(Click to spread this meme.)