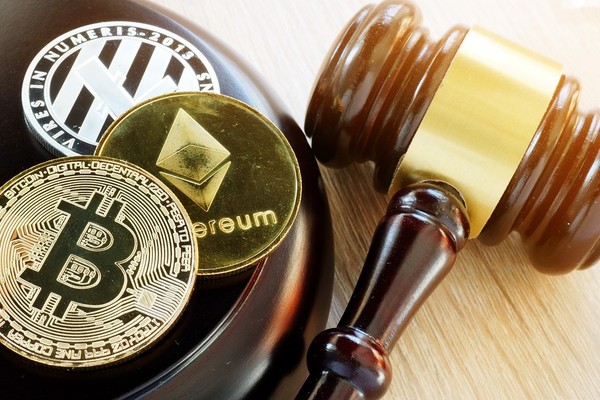 Two important things have happened over the past few years to draw government attention to the blockchain industry. First has been the explosive growth of cryptocurrency. Investors have made fortunes off bitcoin, Ethereum, and altcoins, proving the value of this market.

Second, and arguably more important in the long run, has been the surge of entrepreneurs into blockchain technology. A generation is testing the boundaries of its new business model in a way that the market hasn’t seen since 1997.

Lawyers are excited about the opportunities this new market represents, but they also remember Pets.com. As a result, regulators and tax collectors are paying more attention than they did in the late 90s.

“The changes unleashed by blockchain will be profound and comprehensive,” said Timothy Spangler, a partner with Dechert, LLP and financial technology specialist. “To level-set, I routinely compare it to Internet plus World Wide Web plus Smart Phone.  That is the level of disruption that we will see.”

But, he added, “many of the issues that people have with the risks surrounding crypto and blockchain are already addressed by existing laws that are on the books.  It is still unclear what new legislation would cover better and more effectively than existing law.”

The strain on existing laws is starting to show. The SEC and IRS may not need to reinvent the wheel, but rules intended for paper stock certificates also don’t quite fit in a world of self-executing contracts. In the near term, here are three regulatory changes that could help as blockchain investors, entrepreneurs, and investors find their footing.

As we have written about in the past, asset classification is one of the biggest challenges in the blockchain space. Knowing when a token transfers from currency or utility (both regulated as commodities and personal property) to a security (triggering SEC regulation and oversight) is critical.

At the moment, this issue remains murky.

“Any additional clarity on when something goes from being a security to being a currency would be helpful,” said Sam Waldon, a partner with Proskauer, Rose LLP and former attorney with the SEC’s Division of Enforcement. “There’s been a speech on that by the head of corporate finance that laid out some factors that make a lot of sense, but it’s just a speech.”

The trouble is that classification is case-specific, making this rule difficult (if not impossible) to write.

“It’s a facts and circumstances test,” said Waldon. “The test is the Howey Test, and that’s how the SEC looks at it… So [while] I think it would be hard for the commission to put out rules, there are different levels of guidance that the commission can put out.”

In Section 2(1) the Securities Act of 1933 lists examples of assets that qualify as a security under its authority, and the SEC released a report called the 21(a) Report that clarifies its thoughts further when it comes to blockchain. Expanding on guidance along these models would be an invaluable next step.

In this guidance, the SEC should clarify specific examples of what it considers a security in the existing blockchain environment. It should give examples of how it applies the Howey Test and current cases, and how firms should approach their own products.

This would do a lot to make the business environment more certain.

Certain types of enforcement have gotten more publicity than they, perhaps, should.

“I think the extent of fraud in the space is routinely over-reported,” said Spangler. “Yes, there are charlatans and people who take advantage of the unwary in this space. But I do feel that those risks and bad outcomes are not any more prevalent in this space than in other parts of our day-to-day life, or in the adoption of any new technology.”

While fraud has dominated many of the headlines around blockchain, it may not be the problem that it appears. The more important question is how to police this space better to address what fraud does exist.

The first step would be to clarify jurisdiction.

Blockchain does business around the world. New ICOs seek investors from a global audience, no matter from which country they launch. Tokens sell on exchanges that can reach anyone. These transactions cross jurisdictional boundaries almost constantly. This difficulty compounds considering how often the law deals with technology by looking for the server which processes a given transaction, creating a web of potential jurisdictions which can lay claim to any given blockchain case.

Legislators should address this.

Individual contracts, such as the terms of service for an exchange, can specify their own choice of law. However, all parties who do business in blockchain should be required to prominently display this provision. Someone who makes a purchase through any given exchange should know, upfront and unambiguously, which laws and courts will hold.

For the government, legislators and regulators should clarify the reach of domestic law by tying enforcement to citizenship.

Given the global nature of blockchain, a U.S. citizen should have to comply with American securities and tax laws regardless of where they make a purchase and whose servers process the transaction.

“Another big issue as we go forward is how other market participants that the SEC regulates are required to deal with ICOs and cryptocurrency,” said Waldon. “It’s an area that we think about a lot.”

In the world of crypto-asset management, he said, firms need to consider their role in the marketplace. Do they need to register as investment companies when buying or dealing in ICOs, for example? Should exchanges be registered and regulated as broker-dealers?

As part of its push to establish the status of blockchain, the SEC should also clarify its position on firms which handle those securities. This guidance should include the following clarifications:

It won’t solve every problem, but these changes would go a long way toward laying the groundwork for a more certain, predictable blockchain market.

At Bitcoin Market Journal, we think a lot about how the regulatory environment currently affects blockchain projects and investors and about how regulation may develop in the future as blockchain matures.

For more insight into the regulatory space, along with insight into other developments in the blockchain world, you can join our vibrant community of fellow investors. Simply subscribe to the Bitcoin Market Journal newsletter today.