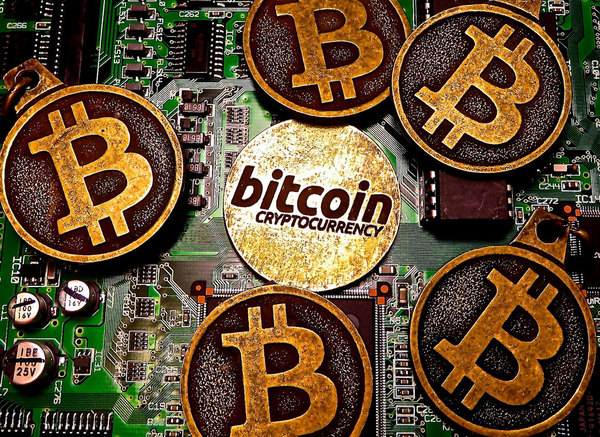 News about bitcoin wallet seizures has filled the news of late. In April 2017, a self-described prolific bitcoin trader had his bitcoin and transaction records seized on allegations of money trafficking and financing illicit activities.  In June, the popular wallet provider Coinbase has reportedly seized wallets from users based in Hawaii and Wyoming, despite its press releases suggesting that affected users can safely withdraw their assets.

“Attempts to get Coinbase to change the state of residency have been ‘completely useless,’ Natural News was told by users. Coinbase refuses to respond to users in any meaningful way, regardless of how much money has been seized by Coinbase.”

The potential dangers of trading altcoins should not be either underestimated or ignored entirely. Bitcoin is a largely unregulated commodity, and the rules governing its use widely vary from jurisdiction to jurisdiction and often change with little warning. Additionally, there is little that users can do in recourse to potentially aggressive policies from wallet providers.

As the wallet is arguably the most important part of an altcoin trader’s portfolio, it is essential that the prudent investor understands why his or her wallet may itcvoie seized and how to safeguard against this. Having this knowledge will make it easier for you to not only protect your investment but also understand how altcoins can be used and traded safely.

A wallet is a digital file that stores the altcoin addresses and keys for the altcoins you currently own. This wallet is a unique file; without it, your altcoins are “lost” and cannot be accessed. Wallets can be stored privately on your computer, on a private storage device, or commercially on a managed wallet account.

Regardless of the type of wallet you choose to use, you need to know that a wallet can be seized if certain conditions are met. Typically, these conditions deal with Anti-Money Laundering (AML) rules.

A governmental agency can request the court-ordered seizure of a wallet, private or otherwise, if the user is suspected of:

Wallets seized by the government are typically auctioned. As with any other governmentally seized asset, recovery of seized wallets may be difficult, although not necessarily impossible.

Things become complicated when you choose to go the managed wallet route. Organizations that store and sell commodities that can be directly sold and bought for fiat currency are recognized as “money transmitters,” as the instruments they offer can convey and transfer monetary value.

In the United States, each state has rules about the requirements for money transmitters to operate in their state. Typically, these rules establish how much capital reserve must be available to protect any state-based transactions and further establish if any additional registration or licensing – as is the case of the BitLicense in New York –  may be needed.

Wyoming requires cash or commodity deposits to be held by altcoin transmitters in the amount of 25 percent of what the transmitter expects to transmit digitally. For Coinbase, what this means is that to do business in Wyoming, it must have – in cash – a fourth of as much as it plans to transmit in altcoins. Wyoming established this rule out of concern about consumer protections should an exchange or wallet provider be hacked.

Hawaii has a similar rule. Therefore, to stay in compliance with the rules, wallet providers such as Coinbase have decided not to allow any transactions from these states. Since allowing a sell-off of altcoin assets from these jurisdictions would be in violation of the states’ laws, freezing the accounts indefinitely may be the best possibility from the perspective of the wallet provider.

In order to safeguard your altcoin investment, it is important that you:

With bitcoin rallying the way it is, it is easy to forget that altcoins are a new technology and many of the rules governing it have yet to be finalized. It is the job of the investor to understand the risks involved and work to minimize them. It is impossible to make altcoin investing perfectly safe, but a wise investor can take appropriate steps to make this risk manageable and tolerable.

Want to be more aware of the ins and outs of the altcoin markets? Subscribe to Bitcoin Market Journal today!