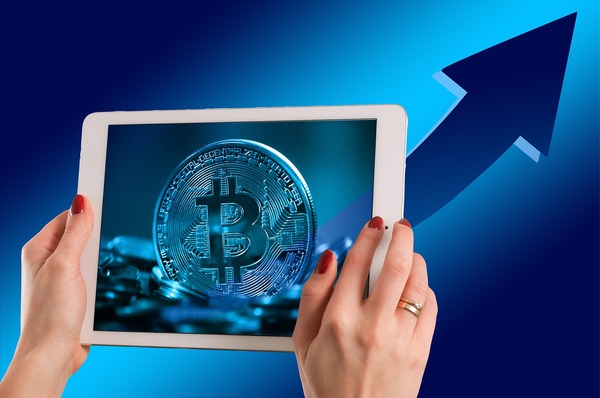 Bitcoin has been able to maintain its status as the leading decentralized digital currency since it was launched nine years ago. However, more and more altcoins have emerged in recent years that are challenging bitcoin with superior features and different use cases than solely being a digital spending currency and a store of value. One of these altcoins is Steem.

Steem (STEEM) is a blockchain-based digital currency, like bitcoin, that allows users to store, send, and receive digital payments. However, Steem is not mined like bitcoin, Litecoin, or Ether, nor is it intended as a spending currency. Instead, Steem is earned on the Steemit social media network through contributing to the platform.

Steemit a social media and blogging platform built on the Steem blockchain that was launched in 2016. The company Steemit, Inc. was founded by Dan Larimer of BitShares and Ned Scott.

Steemit allows users to publish and share digital content for which they are financially rewarded in the form of Steem (STEEM) if their content is upvoted by other users and for upvoting other user’s content. Steemit, therefore, creates a social media experience that rewards users for actively building the Steemit community with its own cryptocurrency.

Due to the financial reward aspect of the Steemit platform, it managed to grow its user base to over 500,000 in under two years. That means that there is a minimum of 500,000 Steem holders, which is a very high number for a digital currency with a market capitalization of $1.5 billion.

On the Steemit platform, there are three different digital currencies, namely Steem, Steem Dollars, and Steem Power. For contributing and curating content on Steemit, users are paid in all of three digital currencies.

Steem (STEEM), as discussed, is a transferable digital currency that is used on the Steemit blockchain. It is a liquid digital currency that can be converted into Steem Dollars or used in a process called “powering up” to receive Steem Power and can be traded on exchanges such as Bittrex, UpBit, and Poloniex.

Steem Dollars (SBD) is the Steemit platform’s internal currency. The currency is called Steem Dollars as one Steem Dollar represents any amount of STEEM needed to reach one dollar depending on the digital currency’s exchanges rate at that point in time. In other words, Steem Dollars are an IOU that will pay you one dollar worth of Steem once it is redeemed. Steem Dollars can be converted back into Steem or sold for other cryptocurrencies on exchanges such as Bittrex, UpBit, and Poloniex.

Steemit is a well thought out social media platform that encourages investment, user engagement, and a degree of price stability through its three currency-based Steemit economies.

It is wise for users to invest in Steem Power to be able to partake in the platform’s reward pool and to be able to reward other users as well as themselves with more Steem. Steem Power also reduces the amount of Steem that leaves the platform to be traded on exchanges as Steem is needed to gain Steem Power. That way, the tradable supply is limited. While Steem Dollars are meant to reduce the volatility of users’ earnings as one Steem Dollar is worth one dollar of STEEM.

With its intelligently set up digital economy and its value-adding feature of rewarding users financially in the form of cryptocurrency for their contribution, Steemit has managed to establish itself as the first-of-its-kind get-paid-to-use social media and blogging platform.

Bitcoin and Steem are both decentralized cryptocurrencies that can be used to make digital peer-to-peer payments and to securely store wealth in an electronic manner. Both can also be traded for fiat currency. However, that is where their similarities end.

Bitcoin’s key value propositions lie in its ability to make borderless and censorship-resistant digital payments to and from anywhere in the world. It acts as a digital gold-like store of wealth with a limited coin supply that is being met with increasing demand. This is why it has become increasingly expensive to buy bitcoin over the years. Furthermore, new bitcoin can be mined by contributing processing power to the bitcoin network to verify and process transactions.

Also, on a technical level, Steem transactions are faster and cheaper than bitcoin transactions, which would suggest that Steem is the superior peer-to-peer payment currency. However, as there is effectively no Steem merchant adoption and very few ways to cash Steem out into fiat currency, bitcoin is still the far superior currency for real-world use, despite its comparatively high fees and slow transactions.

Should You Invest in Steem?

The success of Steem is heavily tied to the success of the Steemit platform. If Steemit manages to retain its market-leading position as a get-paid-to-post content publication platform and social network, then the value of its cryptocurrency has the potential to increase by a multiple of what it is worth now.

Steem can also be used on a select few other applications such as Steepshot, Busy and the Esteem app. Should more social media platforms adopt Steem as a reward currency, then the value of the digital currency would also greatly benefit.

However, since its launch in 2016, less than five platforms have adopted the digital currency. If anything, it is more likely that social media platforms will create their own digital tokens instead of adopting Steem. Hence, the success or failure of the Steemit platform will be the key driver of Steem’s price in the future.

If you believe in the future of the Steemit as a content publication and social media platform, then adding some Steem into your crypto asset portfolio makes sense. However, because this altcoin relies on the success of one company, such an investment could be classified as risky, a classification that is common to cryptocurrencies.

Want to know more about altcoins that give bitcoin a run for its money? Check out the Bitcoin Market Journal and learn more about the Top 10 Altcoins by market size today!