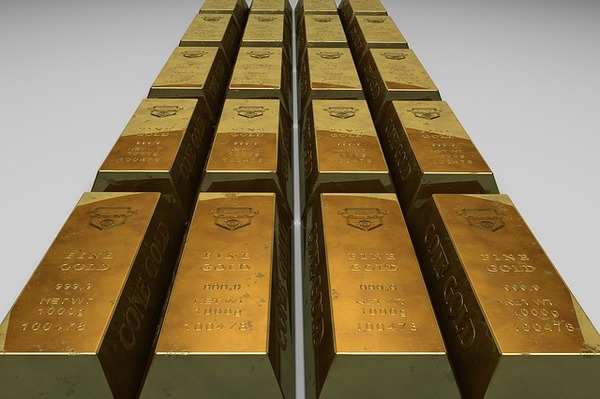 Some have described bitcoin as “digital gold,” noting the similarities of the digital currency and the precious metal. Their similarities include:

One major similarity is that bitcoin and gold are both scarce resources. However, bitcoin’s supply is known. Thus far, 16.5 million bitcoin have been mined, and only 21 million can exist under the currency’s rules.

Gold, however, is another story. Nobody knows exactly how much gold there is in existence. There is still gold within the earth, and some companies have even been preparing to mine for the precious metal in space.

Another major similarity of the two is their substantial value. While bitcoin’s price has surpassed $3,000, gold has exceeded $1,900. At the time of report, both of these have fallen back somewhat, with bitcoin trading for less than $2,000 and gold valued above $1,200.

Interestingly enough, bitcoin’s price first surpassed that of gold in March 2017, and has managed to briefly trade at twice the value of gold.

While both of these assets have generated significant visibility through their sharp price increases, it is important to keep in mind that they are speculative investments.

Bitcoin and gold do not generate earnings like companies or interest payments like bonds. Unlike fiat currencies, bitcoin is not backed by a central bank. As a result, the value of both of both bitcoin and gold is completely speculative.

Gold is classified as a commodity, a basic good that is used in commerce. As a result, it is categorized along with other goods like silver, copper, and oil.

While government organizations have classified bitcoin in more than one way for the purpose of regulation, the U.S. Commodity Futures Trading Commission has ruled that bitcoin is a commodity covered by the Commodity Exchange Act.

Both bitcoin and gold have been described as safe havens. Chris Burniske, a prominent digital currency analyst and author, has described bitcoin as a “disaster hedge.” During an interview with CNBC, he said:

“What we’ve been seeing with bitcoin, generally, is capital market investors are using it as a disaster hedge.”

He noted several events that coincided with a sharp increase in bitcoin trading, including Greece’s debt troubles in Summer 2015, and Brexit in 2016.

Gold has also benefited from investors flocking to safety, as the precious metal rose above $1,900 amid growing concern about debt problems in the U.S. and Europe.

At times, both bitcoin and gold have displayed great price volatility. This might seem counterintuitive, as many consider the two to be safe havens.

A perfect example of this price volatility is bitcoin’s rise above $1,000 in November 2013, which was followed by the digital currency falling below $500 the next month. Gold has also experienced sharp price fluctuations, rising from roughly $250 to more than $1,900 between 2001 and 2011, only to plunge close to 30 percent in 2013.

Since there are many similarities between bitcoin and gold, the differences between the two might be more useful in determining which better suits your investment goals and profile. These include:

For starters, bitcoin is very new, with the first coins being mined in 2009. Gold, on the other other hand, has been used as a currency for thousands of years, with the first gold coin being minted around 550 BC.

Because gold has far greater tenure, one could easily make the case that the precious metal has done more to prove itself than bitcoin. While gold has withstood the test of time, functioning as a store of value for many years, bitcoin is in more of an experimental stage.

Gold futures have been trading since the 1970s, and as a result, market historians have more than 40 years worth of trading history to which to refer for the precious metal.

Bitcoin has been trading on exchanges since early 2010. At the time of report, market observers have a little more than seven years’ worth of bitcoin price history at their disposal.

While gold may seem like the clear winner right now, some believe that bitcoin has greater potential for gain. Brian Kelly, founder of investment manager BKCM LLC, offered this perspective during a CNBC interview:

“The upside for bitcoin is so much higher than upside for gold, in my view.”

If you want to determine which asset is best for you, carefully weigh the differences between bitcoin and gold. Then, assess how each asset meshes with your preferred investment personality.

An easy way to think about it is this. Gold is older, better-established, and has enjoyed widespread use. This makes gold an attractive investment opportunity for those who prefer a strong history behind their investment choices.

However, bitcoin has enjoyed astronomical increases in value during a relatively short time frame. Past that, the bitcoin supply is limited, and many believe that digital currency is the way of the future. As a result, bitcoin prices might enjoy significant upside going forward, a possibility that more than one analyst has expressed.

If you want to receive more helpful information on bitcoin investing, subscribe to Bitcoin Market Journal.