How in the world do you just lose €2 billion?

This Wirecard story has been at the top of the news cycle for nearly 24 hours already, and it still seems that nobody knows where the money went. Is it foul play or negligence? It’s not at all clear at this point.

What is clear is that many investors aren’t staying around long enough to find out. Shares in the popular German payment processor crashed yesterday.

One concern could be the spillover effect that this might have on Wirecard’s many customers , several of which, like crypto.com and TenX, are acting in the crypto-space, but something tells me they’ll be fine. Wirecard itself, on the other hand, might have a difficult time surviving after the loss of 25% of its total balance sheet. 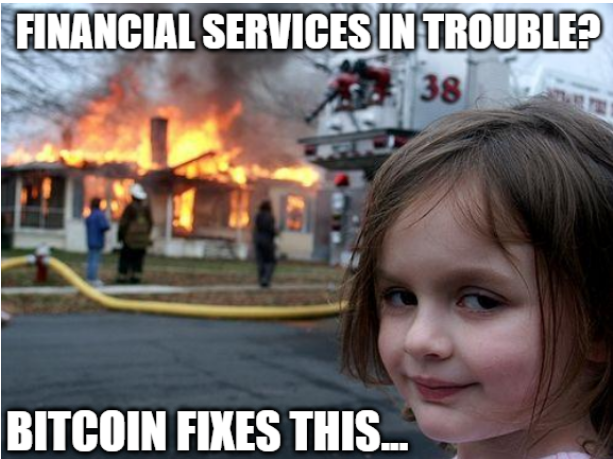 Well, maybe not all of it. Increased adoption of bitcoin and blockchain should help reduce these kinds of incidents. At the very least, they’d make it a lot easier for the auditors to do their job and trace the funds.

Should the central banks themselves start switching fiat over to the blockchain, it could eliminate the need for payment processors like Wirecard altogether, along with many other commercial banking services. Mati Greenspan Click to tweet

If central banks start issuing their own fiat digital currencies, it could shake up the entire banking industry as we know it.

Stocks are up about a percent today on headlines of improved trade relationships between the U.S. and China. It’s a fickle narrative, I know, but I’m just reporting what I’m seeing here.

In truth, all markets including stocks, currencies, commodities, and yes, even crypto, have been flat for nearly an entire month now, and today, we have had a one percent move in stocks hardly worthy of attributing any sort of real narrative to. Rather we should fall back to the two general narratives that have been driving this thing since the March lows, namely…

However, the fact that the monster rally has faded somewhat could be a sign that the influence these two factors are having on prices may be winding down.

Just this morning, we received a fresh round of £100 billion from the Bank of England, yet the U.K. FTSE stock index is hardly outperforming today. Here we can see its performance since the start of the month. It’s a bit less than breathtaking. 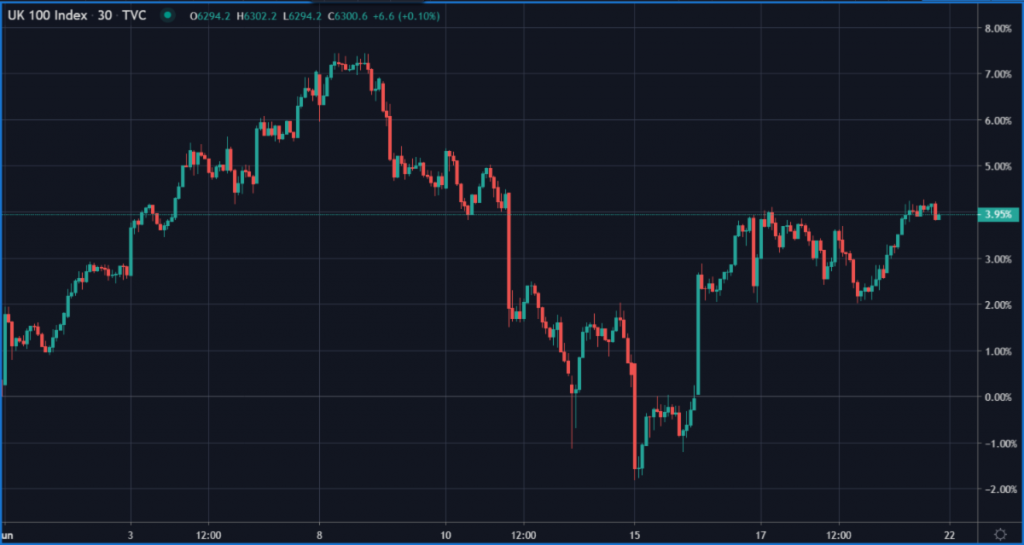 Likewise, looking at Google Trends for the search term “day trading,” we can surmise that more and more retail investors are entering the market, yet the impact of that new money does appear to be wearing off.

Of course, past performance does not indicate future results. Today’s one percent move could easily turn into a breakout to the upside, which would almost certainly attract fresh buyers in this crazy market.

Alternatively, we could see this rally quickly reversed, causing a breakout to the downside, which could in turn trigger additional fear and more red days ahead.

The most likely scenario, however, is that we continue to consolidate and see more flat movement. I know this analysis of up, down, or flat isn’t extremely helpful, but that’s just the way things are right now.

For myself, I remain with a low exposure in my crypto portfolio and am still holding those three-month put options on the assumption that the U.S. election will cause further volatility soon. Overall though, my exposure is pretty low at this time.

This coming Monday, the week will start out with the release of the new Barcelona fan token from Chiliz, which I believe is a fairly significant step forward for the entire digital asset space. It won’t necessarily be a vehicle for massive profits, but it certainly has the potential to hasten mass awareness and adoption.

FC Barcelona is one of the most adored sports teams on the planet, and has literally hundreds of millions of loyal fans. Of course, if this goes well, it will likely entice other teams to join the program.

Previous fan token launches have all more or less followed a similar pattern. As we can see on the Chiliz exchange, the price has a tendency to spike on day one, but then see a steady decline over the coming week or two. Here we can see an example of that on PSG token, the Paris football team, which was released last week.

We’re still rather early in this project, but we can see that all the older tokens have managed to break the post-release slump and resume an upward trend within a few weeks. In this table, we can see all of the previous tokens, how long they’ve been trading, and performance to date. Notice Juventus, which is the oldest token, has a total 230% return, but the entire bunch is doing rather well.

As an advisor to the project, I did have a great conversation last night with Chiliz founder Alexander Dreyfus. My recommendation was to increase the supply as much as possible in order to meet demand.

A move like that should reduce the initial volatility, or at least minimize it. It seems he liked the idea, and this morning, he released the following blog, with an announcement that they’ll be boosting the initial supply.

Of course, the exact amount of BAR tokens that will be purchased does require a bit of guess work, and it will be difficult to find the right balance between how many will be bought by sports fans and crypto fans, but I suppose we’re all on a bit of a learning curve.