Is Satoshi Nakamoto still alive? Well, we don’t really know, but someone has just moved some really old bitcoins across the blockchain, sparking fresh debate about the creator’s current status. Mati Greenspan Click to tweet 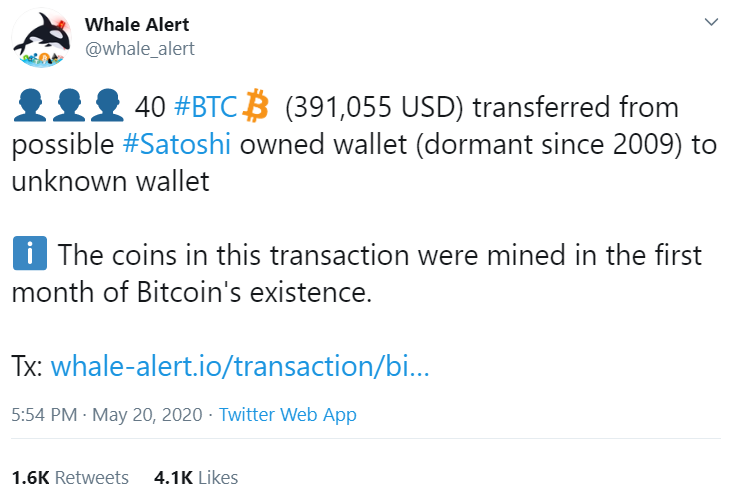 The condition of Satoshi’s Stash, which includes an estimated 1 million BTC originally mined by Nakamoto and untouched since, has been one of great unease for crypto-market participants. If he suddenly decides to sell all of them, it would certainly have a lasting impact on bitcoin’s price. (elaborated below)

I suppose we all just assumed that SN has already passed away, but for this community that often resembles a religion of sorts, resurrection shouldn’t be ruled out too hastily.

All joking aside, we could all use some guidance at this time. So if Satoshi were to make a grand reappearance, I’m not sure that would be a such a bad thing.

The traditional markets started out on a low note over in Asia, but by the time the sun rose over locked-down New York, stocks had already turned green. By now, they’re showing some firm gains.

At the beginning of the week, the gains were being commonly attributed to advances in possible cures and vaccinations, but earlier today, that narrative had changed, and while stocks were in the red, people suddenly started realizing that we’re quite far away from any real cure.

Now that we’re in the green again, it would be really difficult for the financial media to try and make the case that these gains should be attributed to any sort of medical advances.

Here’s a chart of the S&P 500 index, which is itching for a new post-coronavirus high. The Nasdaq is on track for a new all-time high pretty soon. 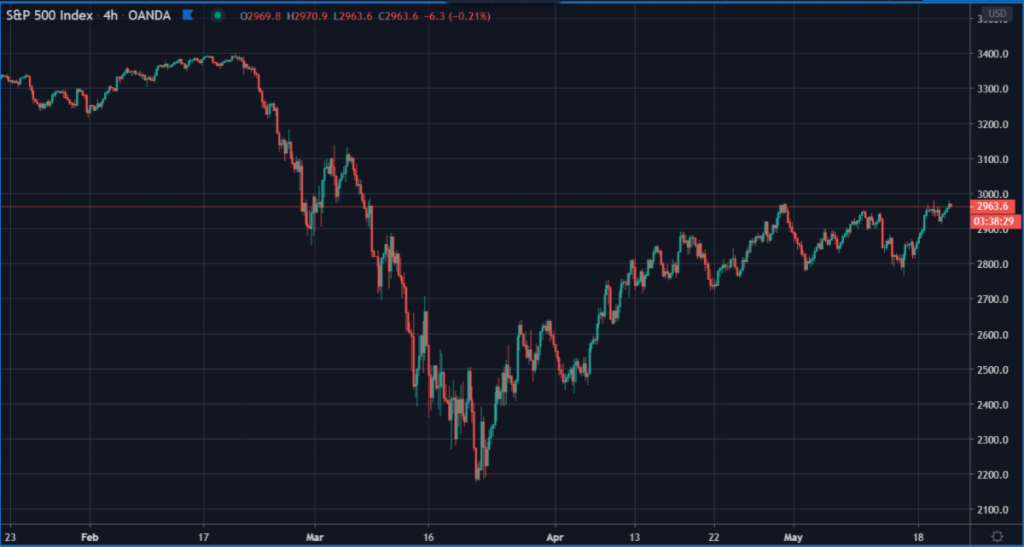 In case we weren’t clear about where the gains are coming from…. It’s the Federal Reserve.

Within 30 minutes from the time of this writing, we’ll get the minutes from the Fed’s last meeting. Not that anything groundbreaking is expected to be revealed. To their credit, the Fed is doing an excellent job communicating their intentions to the markets. Powell has spoken publicly three times in the last week and will be on again tomorrow evening.

Meanwhile, the U.K. continues to ramp up their rhetoric and now seems very likely to break the zero-bound by the end of the year. More on that in upcoming episodes. We’re also expecting some pretty terrible PMI numbers tomorrow morning from Europe and the U.S.

No matter who moved the coins (mentioned above), it did cause a mean ol nasty spike on the charts that was still well within the range. From a technical perspective, nothing has changed.

Here’s a graph of bitcoin’s price that I drew up this morning (before the coins moved), showing the familiar ascending triangle pattern. We can see the Satoshi Spike circled in purple, which certainly did not cause any breakout. 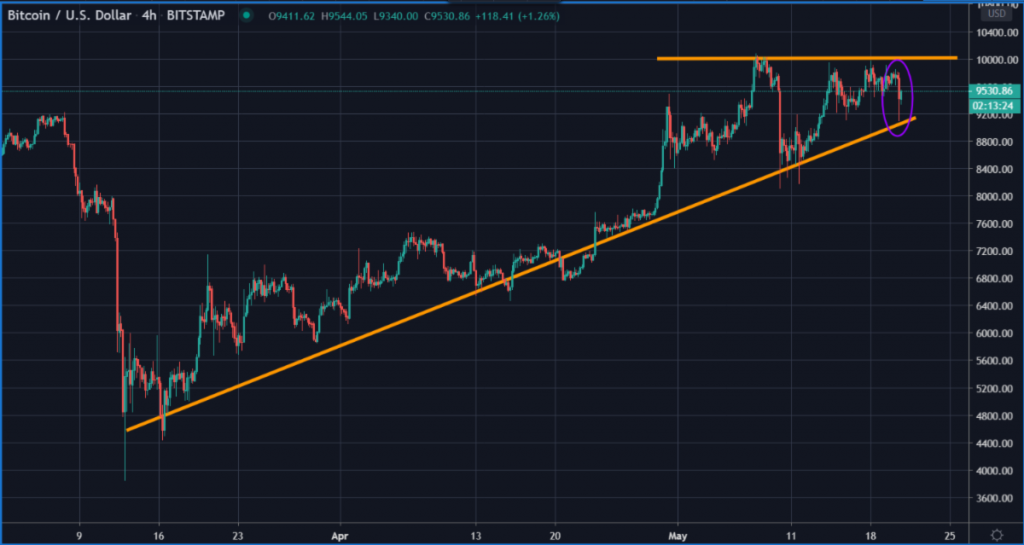 Of course, the usual charting disclaimer applies. Past performance is not an indication of future results.

On the fundamental side however, there does seem to be a shift coming, as we’re seeing increased interest from institutional players. Both the CME futures and Deribit’s options have seen new all-time record volumes lately. In this graph, we can see the current level of open interest (amount being held by traders) of the former. 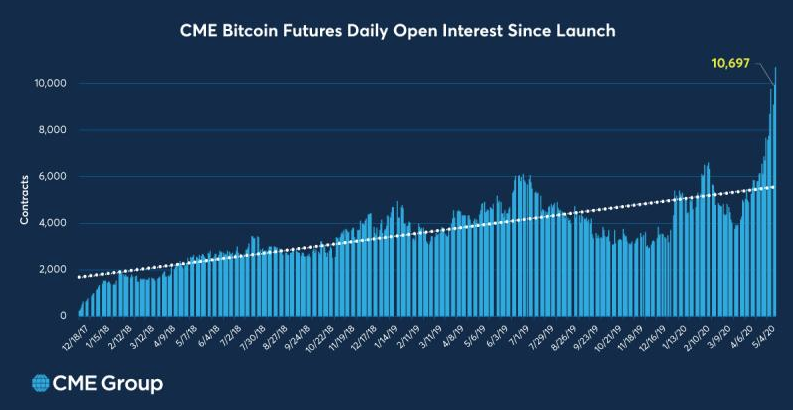 The question that keeps coming up is that if we do see another dip in the stock market, how will bitcoin fare?

Of course, we can’t really answer that without knowing the future, but my hunch is that the above graph is a telling sign that Wall Street traders are positioning themselves into bitcoin as a possible hedge against the current Fed actions.