Is it the election, the pandemic, the rapidly declining U.S. dollar, or the combination of the stimulus we’ve seen over the last few months and the fact that all assets are rising at the moment?

I don’t know, but bitcoin is showing the type of momentum that we haven’t seen since 2017. Mati Greenspan Click to tweet

The technical setup has been building for a while now, and it has finally broken through.

Our regular readers will no doubt recognize the following chart from one week ago, where we highlighted the double resistance that bitcoin was facing at that time.

Well, today we not only surpassed the double barrier but have done it with great strength, heavy volume, and bullish sentiment. 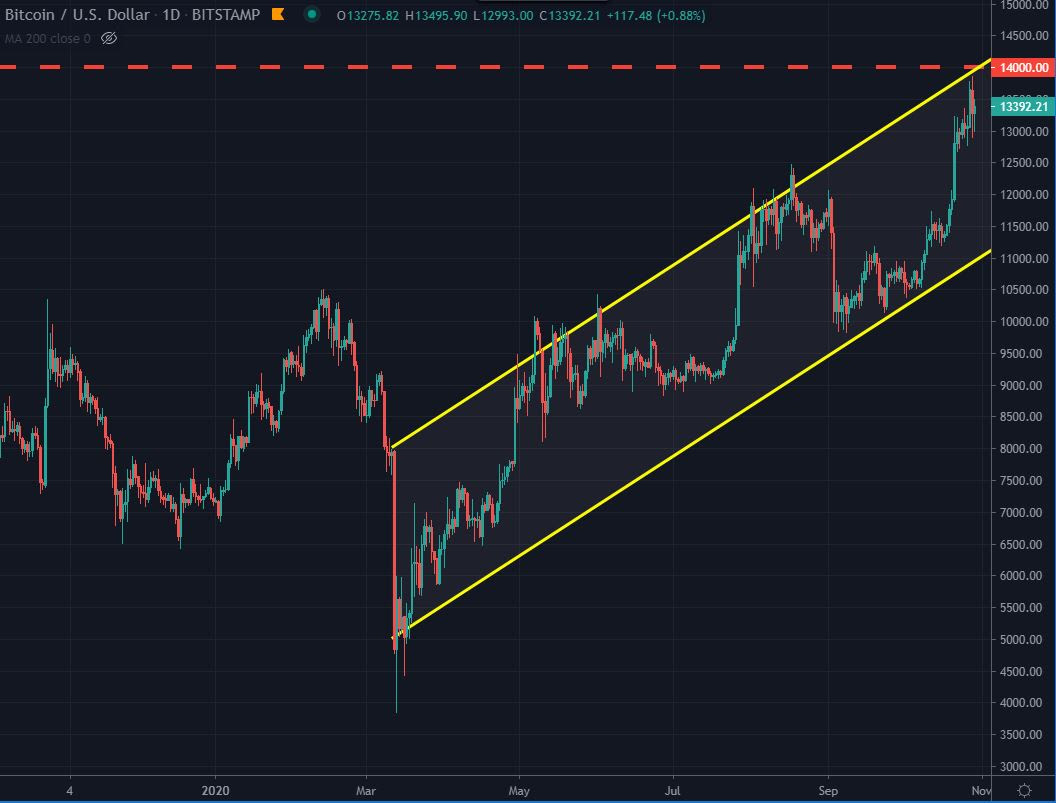 Similar to the manner in which we passed the $10,000 resistance on July 27, the price went right through and carried all the way to $11,000 per coin before slowing down.

The key psychological level of $14,000 (dotted red line) was a strong resistance, as was the upward yellow channel, but we’ve blown right through them both, clearing an easy path to the all-time high. 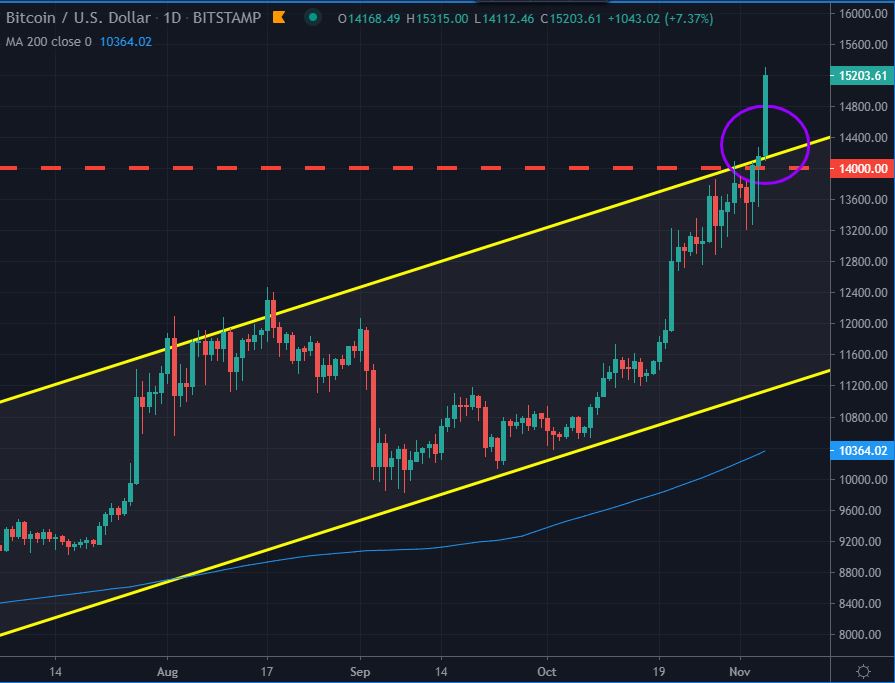 Past performance is not an indication of future results, but I don’t see anyone taking profits at these levels.

Americans don’t know about this, but most Europeans know exactly how it feels.

Last year in Israel, we had to vote three different times in three different national elections, because the results of the first two just weren’t sufficient to declare a clear winner.

Italy has also been dealing with a three-way gridlock for the better part of the last five years, making it fairly difficult to make much progress.

The current count of electoral votes is insufficient for Democrat Joe Biden to declare a win, but the path for President Trump seems nearly impossible.

If Biden manages to take Pennsylvania’s 20 electoral votes, that will give him a total of 273 to clinch the win. But PA is currently leaning red, according to the latest report.

Georgia could also be called soon and it’s really close there, within a few thousand votes. 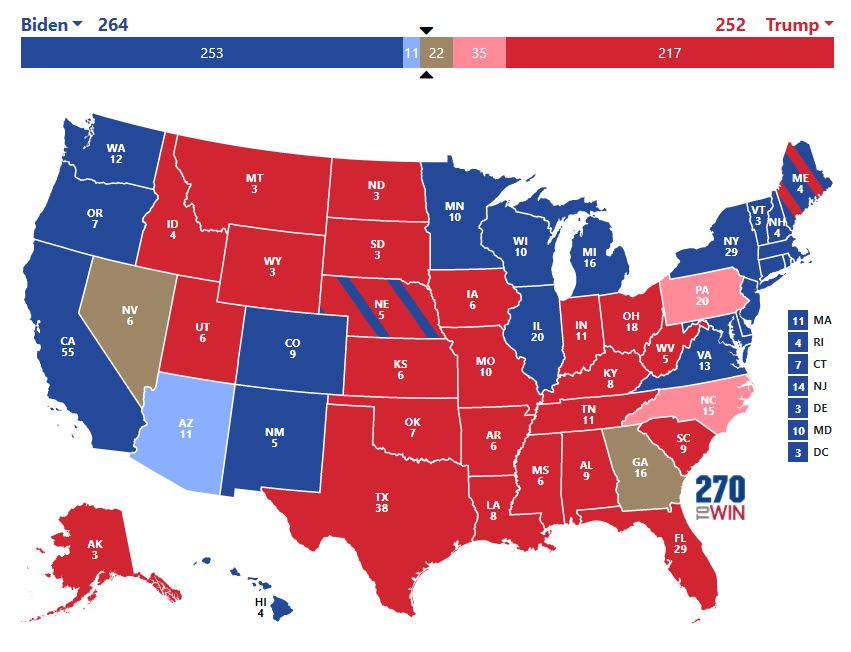 So, as it seems right now, this election may be called tonight, but we may go into extra innings. Both Nevada and Arizona will likely take a while before reaching a final decision.

In Congress, things will likely be drawn out a bit longer. From current data, we can tentatively assume that Republicans will keep the Senate, and the Democrats will retain the House, but finality will likely come closer to Christmas.

So whatever happens in the White House, political gridlock is fairly likely, at least for the next two years at least. You Yanks usually call this a lame duck president, and it’s what you get for running a two party system.