Gone down in a blaze of glory, has the Trump administration, with much grumble and grouse. …

So much for providing a concession speech.

It’s the end of an era really, a chaotic and mostly entertaining time, at least until the pandemic came and made things all serious.

Well, I guess that’s what you get for electing a television personality to the highest office in the land. You get entertainment.

As far as the markets go, President Donald Trump has been YUGELY positive.

From the moment the moment he was elected (purple circle) until today, the S&P 500 has risen a total of 73%.

This isn’t bad for an index that historically tracks an average gain of 10% per year, especially when considering the lackadaisical two final years under President Barack Obama, in which the S&P 500 rose exactly 1.55% (from Jan. 1, 2015 through Nov. 4, 2016). 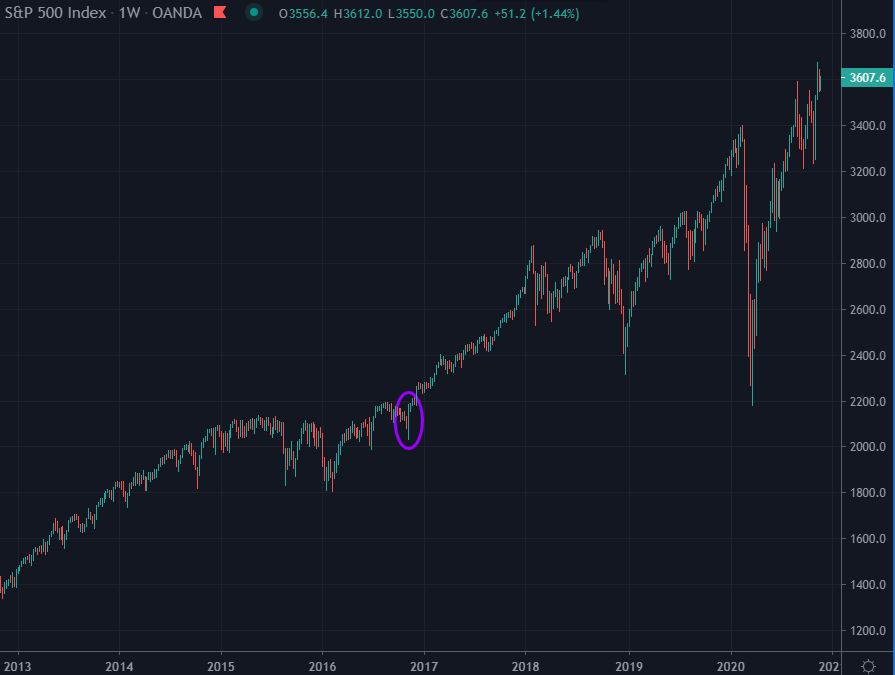 Volatility has been a hallmark of his legacy, no doubt, and that extends well beyond the scope of the markets.

There’s no doubt in my mind that “sleepy Joe Biden,” as Trump likes to call him, will be wonderfully boring.

In fact, that was gonna be the title of today’s newsletter, but I realize that nobody would read something that said “boring times ahead.”

All in the cabinet

Speaking of which, the VIX volatility index is now at it’s lowest levels since the pandemic broke out. 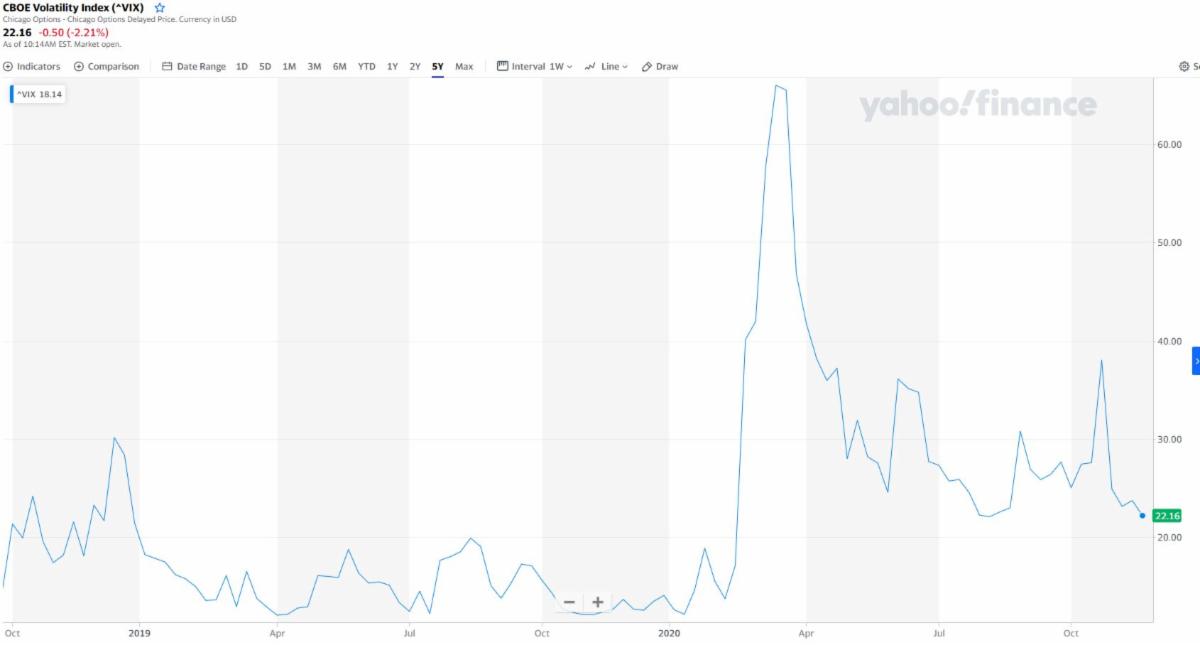 Financial television is quite busy analyzing Biden’s cabinet picks to see how they might influence the markets.

Well, let me save you some time…it’s gonna be a snooze fest. Especially with two vaccinations already in the works, the U.S. will move quickly to quell the virus, to restore positive relations with China, and to re-join the Paris Agreement, if that’s still an option. If not, they’ll make a new one.

Of course, between now and then, Trump is still in charge for another two months. Though he’s finally quasi-consented to the election loss, he hasn’t totally capitulated and no doubt still has a few surprises up his sleeve.

To be perfectly fair, it’s not entirely the president’s fault, but the failure of Congress to come to any arrangement on the long-awaited fiscal stimulus measures is potentially calamitous.

The eviction moratorium that is currently keeping millions of Americans from being evicted expires on Dec. 31.

What’s worse, with no helicopter money coming from Uncle Sam, there will no doubt be many for whom the prospect of eviction isn’t even their biggest problem.

Now that bitcoin has busted through $19,000 and is currently testing that all-time high, which has been collectively agreed by the community to be rounded up to $20,000 in order to avoid confusion, a major index of a much larger market is also testing a perfectly round number.

It won’t be the Dow Jones Industrial average’s first time reaching this number of course. It’s already hit it twice this month, and the current all time high stands at 30,101.

I’m not really sure what my point is in bringing this up. Possibly something about correlation with the stock markets. Wouldn’t it be just perfectly satisfying to see both the stock market and bitcoin achieving their all-time highs in perfect unison?