Hope you’re having a great day! It certainly has been eventful so far…

After bitcoin blasted through $10,000 yesterday, it has been holding well above $11,000 today. Now that’s what I call a strong breakout! Mati Greenspan Click to tweet

Not only that, but we also have gold plowing through its all-time high. This morning, it peaked at $1,980 before shying away from the significant psychological barrier of $2,000 per ounce.

The reasons for these moves, or at least the narratives that analysts and traders are ascribing them, are pretty clear…

Today, the U.S. Federal Reserve, also known as the institution that controls the money supply of the world, enters its two-day meeting to decide interest rates and monetary policy. The mood going in does not look great…

Despite this, it appears that analysts are not expecting the Fed to announce any further cash injections for now. They did, however, make an unscheduled announcement this morning that their current program, which was scheduled to end in September, will be extended to the end of the year.

This sort of surprise announcement, just ahead of a meeting, is quite peculiar, to say the least. For some reason, I recall that there used to be a blackout period ahead of these meetings where they’re not supposed to make any speeches or give interviews, so as not to throw the markets around. I guess that doesn’t apply to press releases.

Of course, they could potentially throw out a few surprises in tomorrow’s press conference, but given the above, it’s extremely unlikely we’ll see any serious surprises. The Fed certainly has done a lot already, so perhaps it’s better this way.

To make matters worse, the House Democrats do not seem onboard with the Republican stimulus plan announced yesterday. … Big surprise there, right? A meager figure of $1 trillion just seems like too little for some politicians.

As you can probably imagine, with both monetary stimulus from the central bank and fiscal stimulus from Congress on hold for now, stocks are not having a great day.

They’re not doing too terrible either though, all things considered. All three major U.S. indices are down by less than half a percent. Even the VIX volatility index is down today, something that rarely happens when stocks are falling. 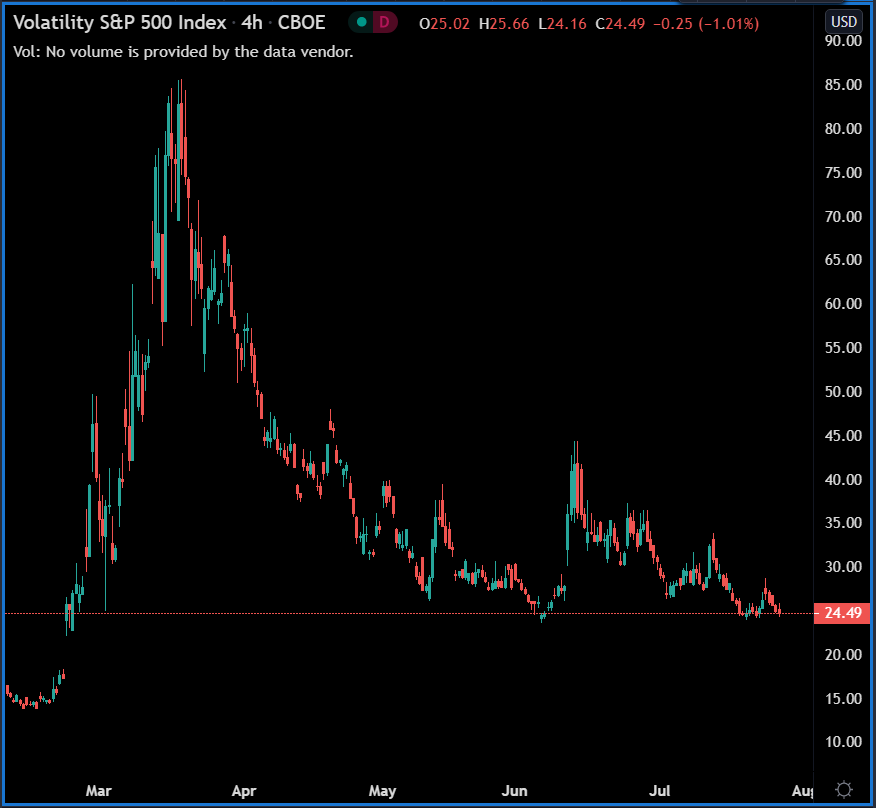 So yeah, all in all, this has definitely been an eventful day.