It’s very rare that a headline can tell an entire story, but this one from a little known publication called Crypto Potato seems to have it all, including several very flashy contemporary buzzwords. 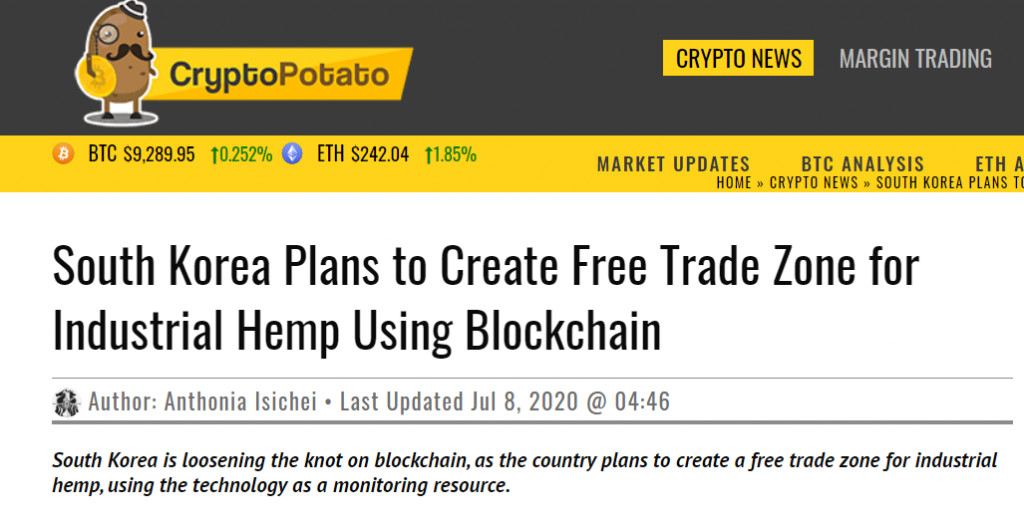 The real credit goes to the South Koreans though, for recognizing the potential of hemp-powered blockchain … Or is it blockchain-powered hemp? I’m not sure…

In any case, as we may or may not have discussed already, many corporations and governments are now looking to revamp the technology that drives their supply chains, and of course a distributed ledger may be one way to do it.

In fact, we at Media Shower have written an excellent e-book that explores the burning question “why did we run out of toilet paper,” as well as proposing a way that blockchain can play an elemental role in curing coronavirus. 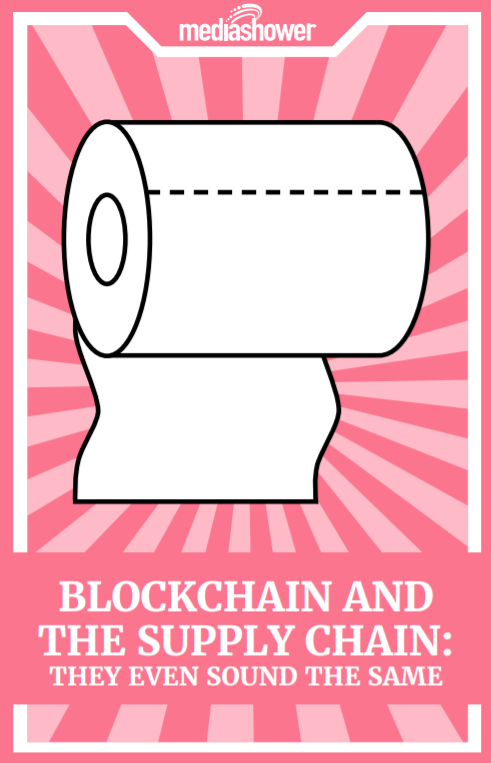 Well, not sure how we got from hemp to toilet paper, but here we are. Now, on to worldly matters. …

U.K. Chancellor of the Exchequer Rishi Sunak gave a speech earlier today, talking about some of the fiscal stimulus the British government is about to deploy, and yes the brrrrrr is extensive, basically saying that the cash injections performed until now are just the beginning.

Not that we can really blame the chancellor. Sunak is basically backed into a corner here. It’s either fire up the printing press, or watch the entire economy, along with millions of jobs, get washed down the drain. As a result, drastic, some might say desperate, action is really their only option.

With all this, prices and markets are going haywire lately. Gold has breached $1,800 an ounce for the first time since 2011, and is now a mere 6% away from a fresh, all-time high.

In yesterday’s update, we discussed some of the winners of this market where the tech sector is making unrealistic gains. I’d rather not focus on the losers, but suffice it to say they are not in short supply. Not every company that goes bankrupt can pull a Hertz.

The three different stock indices in the United States do a pretty good job of depicting this dynamic. Here we can see the S&P 500 (blue), the Dow Jones Industrial Average (red), and the Nasdaq composite (orange) since the outbreak began. As we can see, the fall was pretty synchronized, but the recovery is anything but. 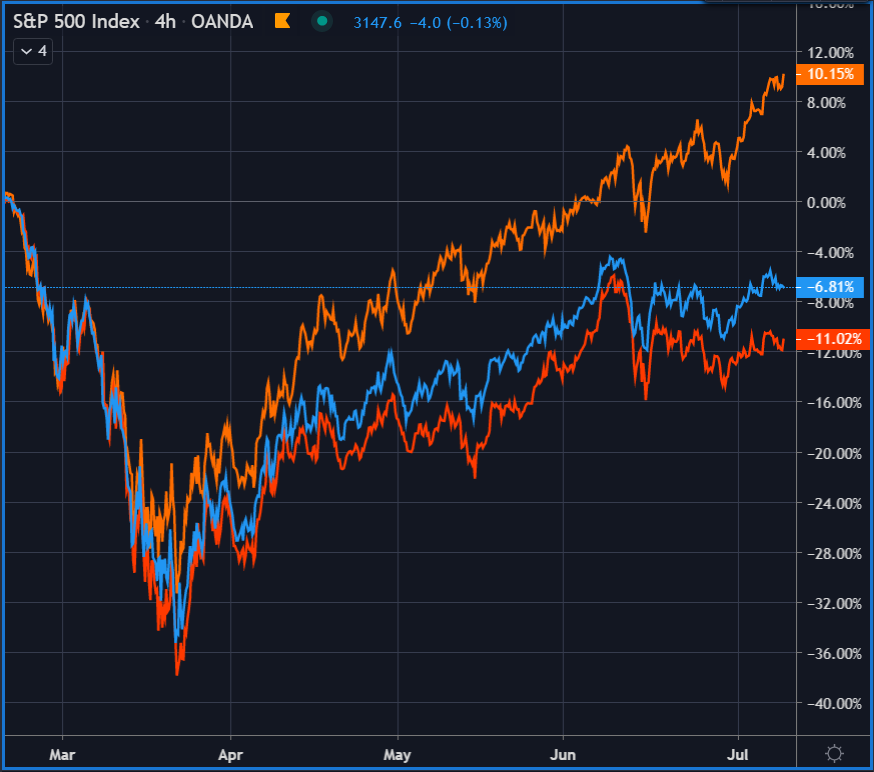 The digital asset market is no different in this regard, and is behaving in a similar funky fashion to the stock markets, just a little bit more crazy. Mati Greenspan Click to tweet

At one point, cardano was up 13% today, a move that prompted me personally to take a bit of profits in my high risk cryptocurrency account at eToro. But there’re some even more volatile coins out there.

Dogecoin, for example, surged more than 140% trough to peak this week, before seeing a similarly wild retracement. Much wow!!! 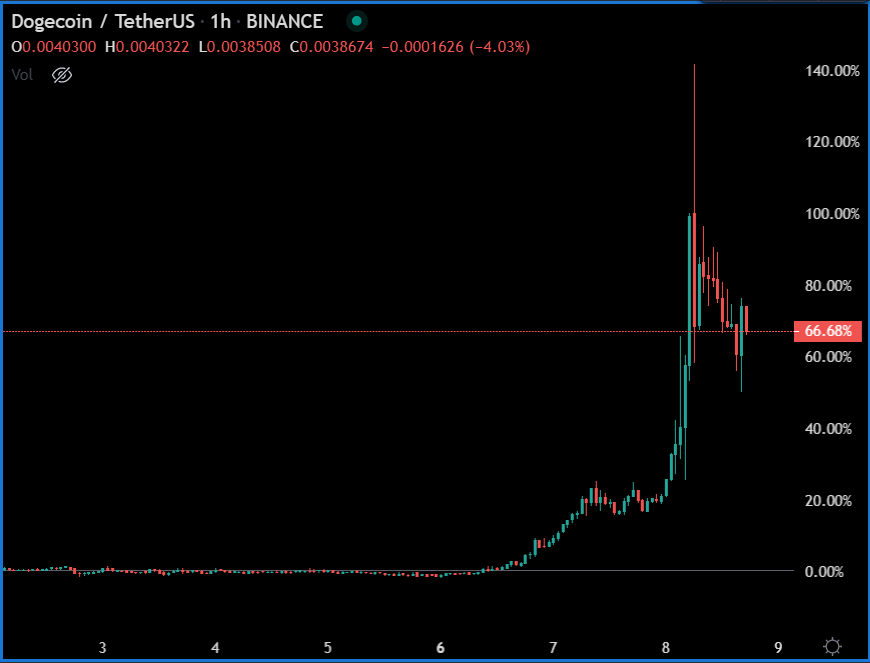 Whereas the altcoins are acting like individual stocks, bitcoin is acting more like the indices. In fact, it’s acting almost exactly like a stock index, with the correlation between bitcoin and the S&P 500 even rising of of late by some measures.

In the last few days, while altcoins and certain stocks have been moving a mile a minute, bitcoin and the stock indices are largely flat. In fact, there were two articles in Forbes this morning about how flat bitcoin has been.

The first article mentioned concerns voiced by some market observers that we might suffer another so-called “crypto winter.”

The second article took a different slant, emphasizing that bitcoin’s 30-day annualized volatility hit a four-month low in June. However, it also noted that based on market history, the digital currency’s price movements could pick up soon enough.