Contrary to popular understanding, most U.S. dollars are born not at the Treasury or even the Federal Reserve, but at commercial banks. Whenever a bank issues a loan using the fractional reserve system, they’re essentially creating new money.

Why then, should a digital version of the dollar be issued anywhere else?

Brand new guidance was issued by Acting Comptroller of the Currency Brian Brooks (aka: the Crypto Comptroller) who mentioned that billions of dollars’ worth of stablecoins are already exchanging hands on a daily basis. So it’s about time they issue these clarifications. 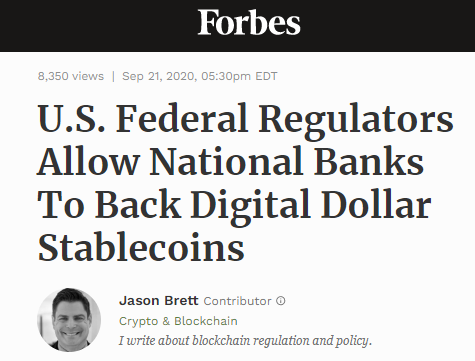 China is determined to assert their first-mover advantage in the digital currency, as was explicitly stated in a recent article from the People’s Bank of China. What seems clear from the above update is that rather than taking a centralized top-down approach to a digital Dollar, U.S. authorities are letting the free market take the lead in creating a more distributed system that more closely resembles the current setup.

This type of distributed system and gradual dollar digitization could have many positive implications for the fractional reserve system and the broader global economy.

For example, it could reduce the risk of systemic contagion and help authorities crack down on money laundering, which was recently revealed to be a much larger issue than previously thought. It will also allow the market to move at its own pace, thus vastly reducing the yuan’s first-mover advantage.

The best part is, there isn’t anything further that needs to be built or tested. It’s already set up and running. The statement simply provides the clarity and explicit permission required to scale up the current operations. Let the era of digital transformation begin!

For all our readers in the U.K. today, welcome to round two of the lockdown. It seems many countries are moving to add restrictions on their own economies in order to stem the spread of the novel coronavirus. This is taking place as the average number of daily new confirmed cases inches toward 300,000. 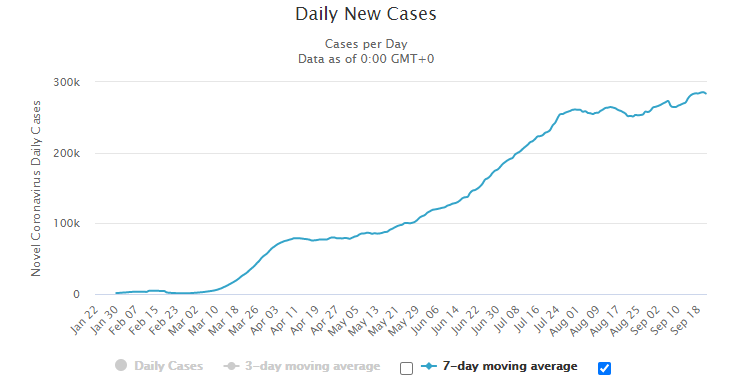 However, government stimulus, which was abundant during the first round of lockdowns in March and April, is infinitely more scarce this time around.

The Bank of England has been stepping up their rhetoric, threatening to eventually move to negative interest rates. They certainly don’t want to take that step, but they really do need the market to believe that they can do it.

In the United States, the chance of further fiscal stimulus, which was pretty much expected as a given just last month, now seems to be impossible. The untimely death of Justice Ruth Bader Ginsburg has ripped the partisan divide wide open, making any sort of compromise before the elections extremely unlikely.

Later today, Fed Chair Jerome Powell and Treasury Secretary Steven Mnuchin will address Congress. No doubt both men will desperately beg the House of Representatives for more money, but will probably end up sorely disappointed. Any surprises here will certainly be at the delight of the financial markets and the entire nation.

As we’ve been watching closely, the U.S. dollar now seems to have broken out of its previous consolidation. It’s not a very strong breakout just yet, but it certainly has the potential to turn into a massive tidal wave on this unsuspecting market. Mati Greenspan Click to tweet

As we can see, we’re just pushing fresh recent highs for the U.S. Dollar index. The 200-day moving average (blue line) looming above shows that there’s plenty room for the Dollar to get stronger, a move that could have a rather negative impact on … everything else. 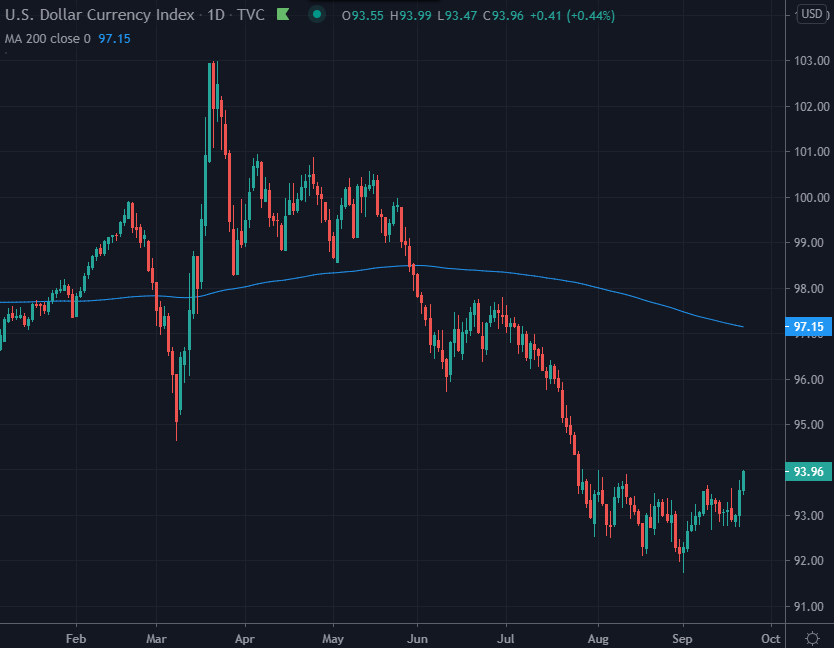