As the U.S. dollar continues to gradually reassert its dominance and test fresh highs, all other markets are beginning to bow down to the king of all assets. Mati Greenspan Click to tweet

The stock market is having a very rough time, which shows us that likely much of the astonishing, almost unbelievable gains of the last few months were assisted in large part by a weaker buck.

Gold is getting hammered. The support that it’s worked so hard to build at $1,900 is toast, as we see a rather well-defined downside breakout.

Several technical analysts have pointed to near-term support just below $1,810, but if the greenback continues this climb, there’s no reason it shouldn’t reach as far as the 200 DMA, currently at $1,721, or even further, depending on the dollar. 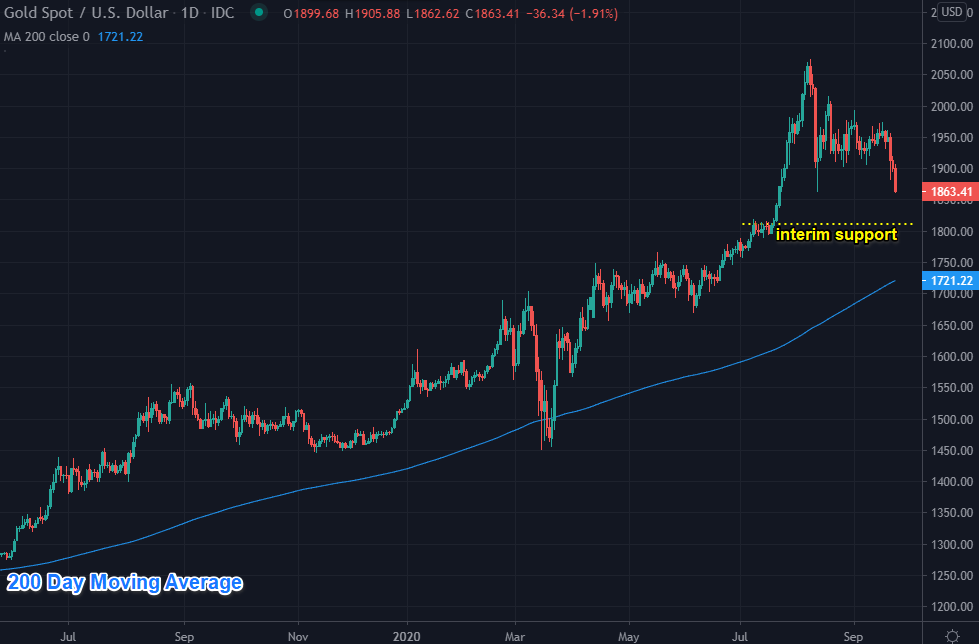 The big tech stocks are also very clearly losing their gusto. Tesla is down 8% so far today, on track for its fourth consecutive daily loss and nearly an entire month from clocking fresh, all-time highs. The momentum play is clearly in question, if not completely gone.

If there’s one stock that caught our attention today, it’s Twitter. Not only because my team and I spend a ridiculous amount of time on the platform, but because their share price is soaring over the last few days.

One of the main reasons being cited for the surge is an analysis firm called Pivotal Research, who has upgraded their position on the stock from hold to buy.

This stock has largely been left out of the general tech rally, mainly because they haven’t taken quite the same route to direct monetization of their massive user base as some of the other social networks have. To be completely fair though, the active user base is also a mere fraction of some of the other platforms. 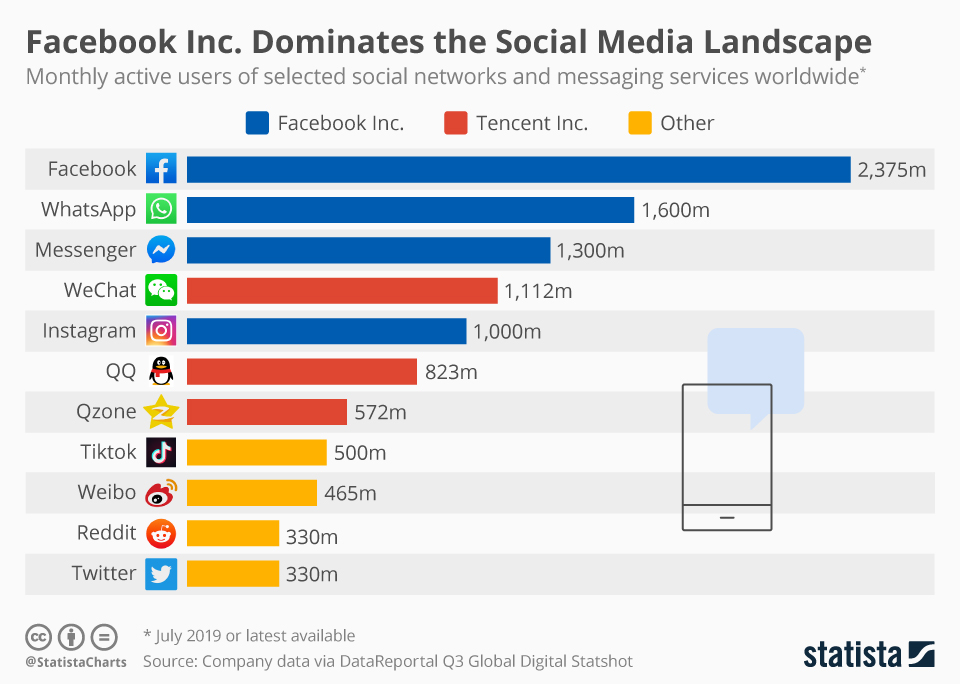 On the other hand, this also means that there’s a lot more room to grow. With 2.3 billion active users on Facebook it’s gonna be very difficult to add more. So in order to continue growing, they’ll need to expand into other services, like Apple is trying to do now.

We’re also seeing a bit of speculation on Twitter of a different kind. As top crypto analyst Willy Woo has recently alluded to on Twitter, CEO Jack Dorsey is a huge bitcoin fan.

Twitter and Square, which are both under his authority, may well be of the first corporations to follow in the footsteps of Michael Saylor and buy bitcoin as a reserve with the combined $10 billion worth of unused cash on their balance sheets.

It’s all just speculation of course, but we did see what happened to Microstrategy’s stock once word got out.

Taking the rest of the markets into account, bitcoin is actually holding up quite well against the recent dollar strength. We’re now getting a really good test of $10,000 as a support level, even though this level is rather high in the long-term range for the asset.

The rest of the crypto market, on the other hand, has not been holding up particularly well, with only a few exceptions.

There’s no doubt that a lot of the momentum in the tech stocks is having some level of influence over the more experimental crypto projects, especially within the DeFi space.

That influence, however, doesn’t seem to be all-encompassing though, as the DeFi Pulse graph looks about ready to bust a new all-time high. 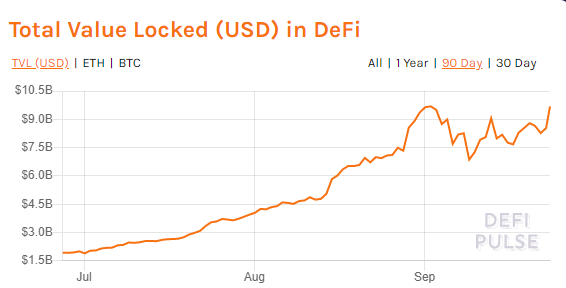