Early this morning, I had the honor of participating in a Bit2 Buzz panel about ways to empower women, alongside Mark Yusko, Founder and CEO, Morgan Creek, and Eljaboom. Moderated by Tarusha Mittal, I hope that we were able to impart a bit of insight and inspiration for young women in the space.

Even though 2020 was a breakout year for women crypto traders, they’re still very much a minority in the space. We certainly hope that this changes quickly. The internet is an incredible vehicle of liberty, but it’s up to us to change the stigmas currently in place, including finance is for men. It really isn’t. Not any more than video games are for boys. I’m looking forward to teaching both video games and finance to my daughters as they grow.

We look forward to the day when we won’t have to celebrate women’s day because all individuals will have equal rights and opportunities.

Now here’s something you don’t see every day.

At around lunchtime on Wall Street, we saw a conspicuous diametric divergence emerging between the major indices, with the Dow Jones up 1% and the Nasdaq 100 down 1%. 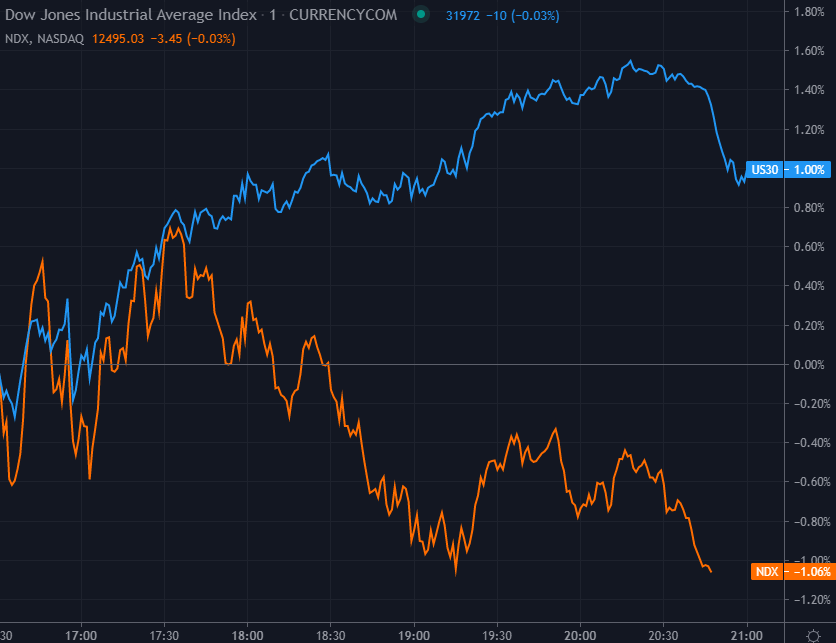 Given the mood the market has been in over the last few sessions, this makes sense. There is profit-taking on some of the more popular tech stocks, which would be reflected in the Nasdaq, while more money is being pushed into long-term plays and value stocks, which is kind of what the Dow Jones Industrial Average is all about.

With vaccinations now showing a high efficacy, several geographic locations are starting to ease restrictions to levels not seen in a year, improving optimism about returning to our normal way of life. It’s only natural for this optimism to show up in the markets.

This is perhaps a bit more difficult to explain. As bitcoin finds a comfortable spot to rest at around $50,000 per coin, the rest of the crypto asset market has been in a sort of weird price discovery mode.

Usually, by this time of the day, the crypto market will try to find a uniform direction. Up or down, but the entire board should be predominantly red or green. Today is an incredible mixture. Some coins are taking losses while many others are making significant gains. 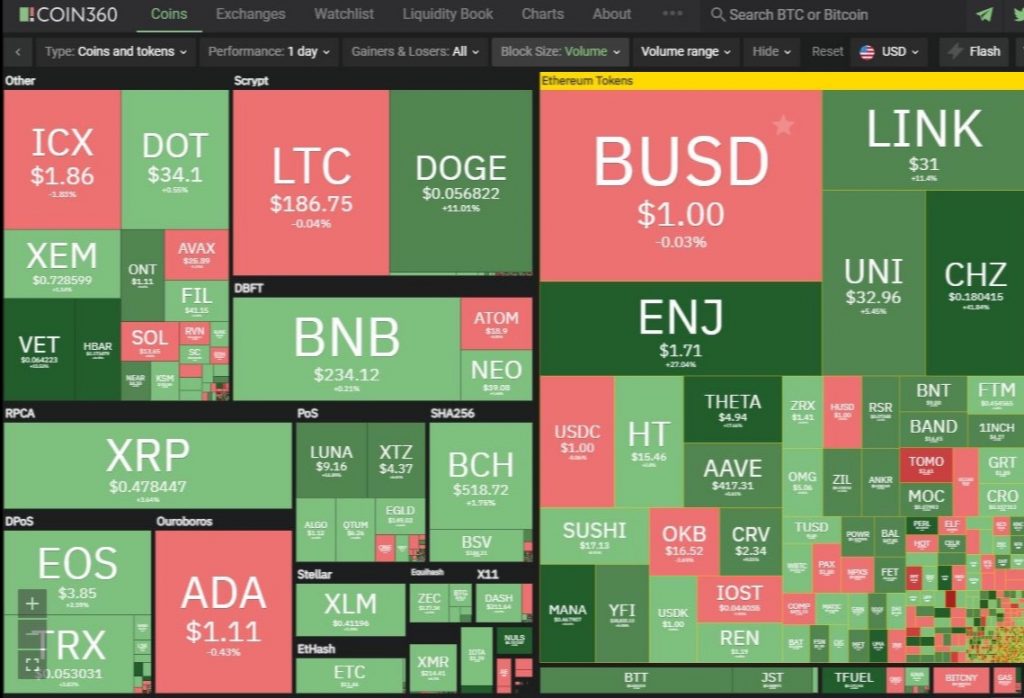 The most stunning of the lot is Chiliz, a project that I’m very proud to advise. After proving their ability to monetize on behalf of some of Europe’s biggest football teams—FC Barcelona, Juventus, and AC Milan—Chiliz is now expanding into several new leagues, including some of the most significant in the United States—the NHL, NFL, NBA, and MLB.

At this point, the company is growing so fast that it takes an hour-long podcast just to deliver all the critical updates that have happened over the last two weeks. It’s no wonder they’re killing it on social media, and according to data from our friends at LunarCRUSH, Chiliz is crushing it. For some reason, seeing their core CHZ token, which powers all the other fan tokens, up 40% today just isn’t at all surprising.