Trading and investing can often feel like playing a video game, only the prize for winning is in real money.

Unfortunately, the losses are also real, which is why it pays to do it well.

Today, I wanted to speak about a particular asset that is making the stock markets themselves feel like a game, in a rather literal sense. Yes, we’re talking about shares of GameStop.

The franchise has been at the forefront of the battle for brick-and-mortar stores in the United States, but it has been on the losing side.

As a result, their stock has been declining steadily for the last few years, but once the rolling lockdowns started to occur across the nation it seems their stock became somewhat oversold.

Of course, in this meme-driven marketplace, narratives can be taken to extremely ridiculous levels. The place to find these memes is of course Reddit, where the community known as Wall Street Bets is currently having a laugh at the expense of seasoned analysts.

Here’s an example of a post from three hours ago, just before the market opened with a monumental gap up. …

Thumbing through the abundant comments, it’s clear that none of this inordinate social engagement stems from anything resembling financial research.

Or in other words, what we’re seeing is people who have clearly allocated a large amount of collective capital on nothing more than a joke. It’s been oversold, so now we’ll pump it to Pluto.

Looking at the price chart however, it’s quite clear to see that the short squeeze element has played out some time ago and this is now about herd investing mentality.

This graph shows $GME’s price since its initial public offering in 2002. As we can see, it’s been quite a ride. 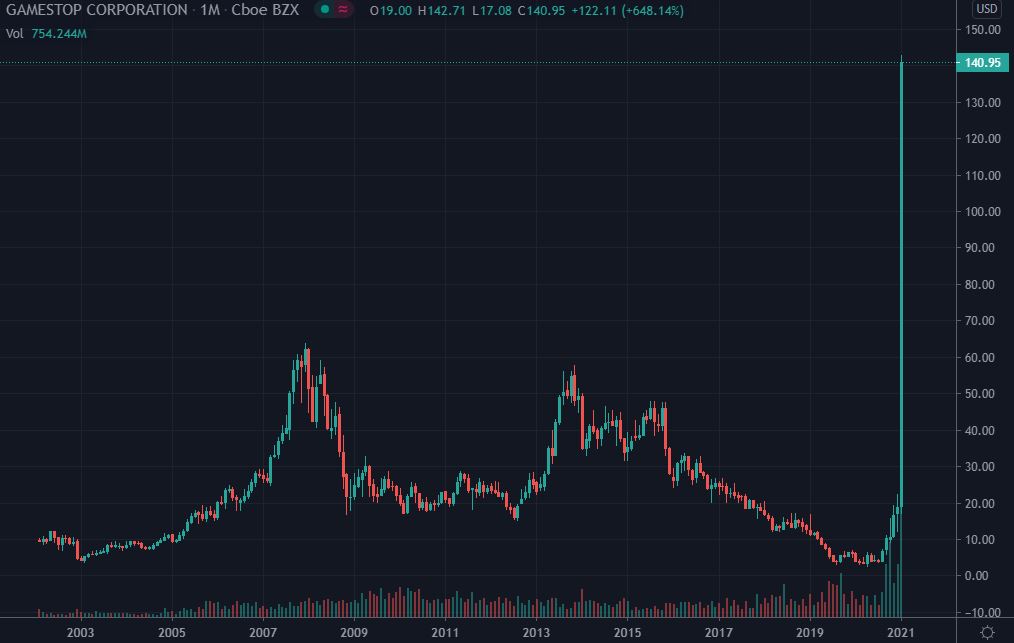 Of course, for those of us who trade crypto, this type of funky market activity is nothing new.

We’re used to seeing this type of extreme pump and dumps play out over and over. The key difference being that in crypto there are no established methods of defining what the price of a particular asset should really be.

No doubt, any market that can enable this type of reckless behavior should probably be considered as very frothy, and that is in both senses of the word. … 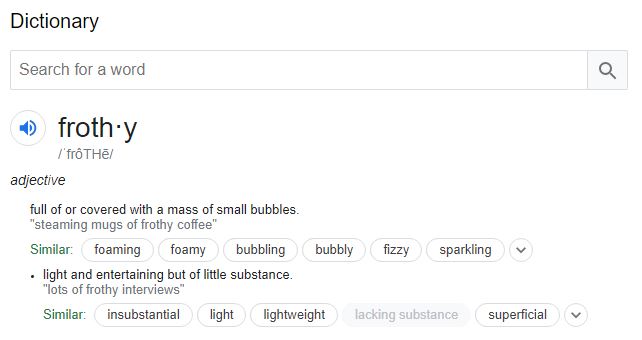 Some of us like froth, though. It makes the coffee that much more yummy.

With fiscal and monetary policy blowing a double stream of hot air directly into the market’s cream, what did you expect would happen

As for just how much of the current market is froth and how much is actual coffee, nobody can really say, nor can anyone even tell you how much would be ideal.

Certainly many are currently benefiting from the action in the financial markets, and as we can see from the above, it’s not just the world’s uber wealthy who are enjoying the foam, though they do receive a disproportionate amount of the benefits.

This article, published over the weekend at Bloomberg, explores the interesting cross section of where crypto meets public finance in preparation of at least eight different upcoming crypto-related IPOs that have been in the news lately.

For myself though, I’ve never really been a big fan of IPOs in general. Many times, by the time the shares actually come online, all the juice has already been squeezed, which could be one of the main reasons why coin offerings have been so popular.

They allow the average casual investor to take part in a smaller market that has traditionally been only available to the fortunate few. Even though we have seen many anomalies over the last few years, this is ultimately a good thing.

Far more interesting, however, is the reverse of this, where tokenized assets have the potential to replace traditional banking services entirely.