We certainly thought that we’d heard the last of U.S. Securities and Exchange Commission Chairman Jay Clayton, but it seems he’s landed us one final blow before departing from his role at the SEC’s top post.

The third-largest digital asset by market cap has so far avoided this level of intervention from the U.S. federal government, and now it seems that judgement will be delivered in a federal court.

The timing here is more than a bit strange, as the case against Ripple is more than likely to be presented by the new SEC, whose key officers will be appointed by Pappa Biden.

From Clayton’s POV, he’s getting one last thing off his to-do list, something he probably should’ve done a long time ago. For XRP hodlers, this could be a blessing in disguise.

The question of whether XRP is a security has been dangling over the heads of early investors for a very long time now, and the fact that we will finally get some clarity on this matter can only be a good thing. Mati Greenspan Click to tweet

Unless of course, it is deemed as a security, in which case it will be very difficult for anyone to use it for its intended purpose of settling transactions.

In the meantime, the market is definitely taking this opportunity to sell off a bit.

XRP is down nearly 10% today, back to the monthly lows and forming a neat double-bottom pattern on the chart. 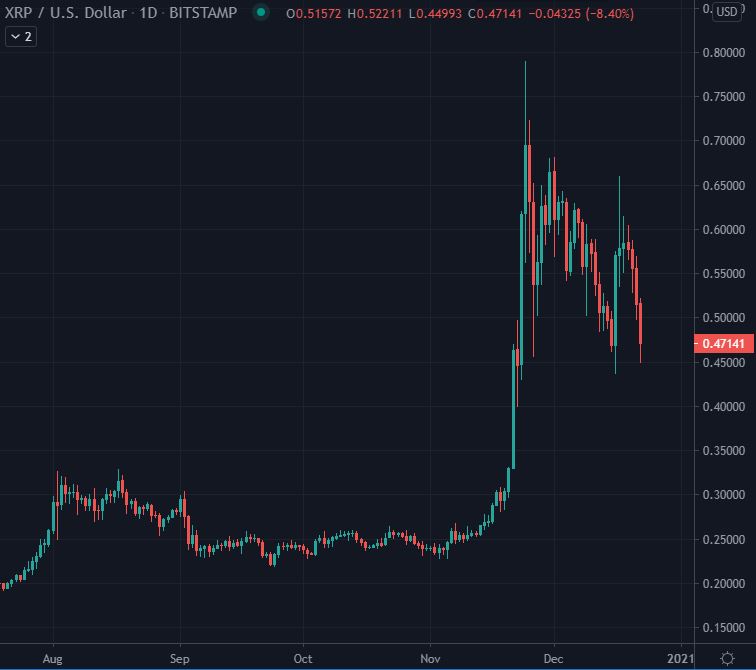 Without getting too technical, we can see that the current price represents an approximate 50% retracement from the highs of that last pump, which is probably a good entry point for those who feel confident about the outcome of the case.

Along with the positive price action over the last few months, the usage of the network is growing quickly, as Ripple’s products are some of the fastest-scaling in the industry.

In this graph, we can see that throughout 2020, XRP (orange line) has seen nearly 1 million transactions per day, more than bitcoin and ether.

Is it a security though???

For what it’s worth, I personally weighed in on this over two years ago in an op-ed for Business Insider. … 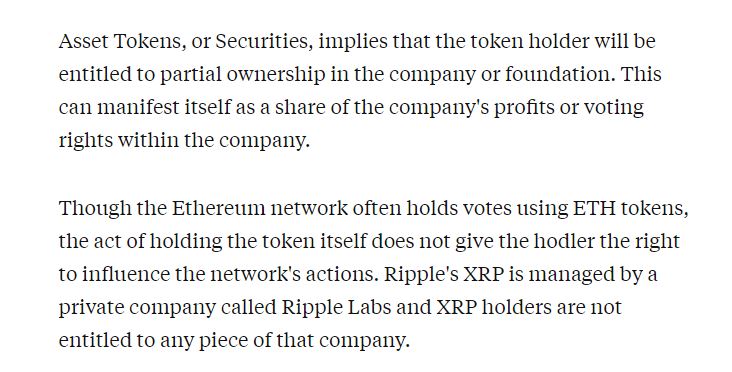 Even Messari founder Ryan Selkis, a known XRP antagonist, wrote in his latest morning note how the SEC’s case is just preposterous, as well as pointing out how catastrophic such a verdict could be for innovation in the United States.

But alas, my own opinion, and even that of Selkis, is far less important than that of President-elect Joe Biden’s new SEC chair. Fingers crossed.

We do know though that many Democrats have been critical of Clayton’s anti-innovation approach and his tenacious defense of an 80-year-old law that is no longer relevant to today’s times.

So despite the short-term volatility, we believe that Ripple, armed with the might of their legal team and a changing administration, are indeed in still waters.