There’s no doubt that the internet is amazing and that it has revolutionized the way that humans communicate, both professionally and socially. Being a decentralized network, the Internet can be a real tool for freedom, as no central party can control what is being said or done, and therefore nobody can abuse it for their own authoritarian purposes.

The danger of course comes when nefarious players start to take advantage of the fact that they can say anything and use the internet to spread false truths. But this goes back to the age old debate of free speech, which dates back to way before the internet or computers were ever invented.

What’s been happening more often lately, and this has only increased during the COVID-19 times, is that social media websites have begun to step in as the arbiter of truth, often removing posts from their site that they disagree with. YouTube, for example, has upset millions of people by removing videos that they claim do not abide by their guidelines.

This morning, Twitter added a little tag on the bottom of a tweet from President Trump that is causing much controversy. 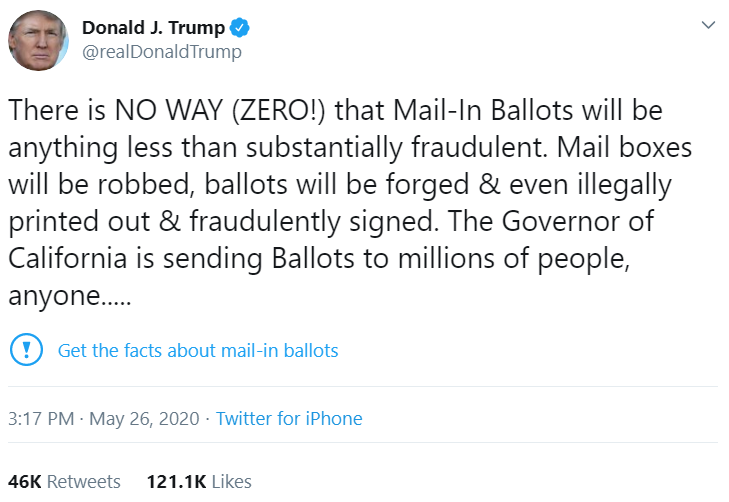 Now, it’s difficult to dispute that the president is at least vastly exaggerating, and I hope it’s clear to most people that he’s less concerned with voter fraud than he is with his own election. However, even if it is a bold-faced lie, it’s difficult to see how Twitter’s new stance on fake news is fair.

Not that the tag is necessarily a bad thing. I actually kind of like it. When you click the link, it takes you to a page that Twitter wrote in response to this tweet, which relies on CNN and Washington Post (two of Trump’s favorite enemies) as their main source of information. Certainly, if they were trying to be helpful, they could have linked to a third-party fact-checking website that is more unbiased in nature.

Free speech means free speech for everyone, even lairs and haters, otherwise it doesn’t work. So, how does Twitter plan to scale this? Will they put a little tag on every tweet from now on?

Now, Trump’s rival Joe Biden tweeted three words this morning urging his followers to “wear a mask.” The fact that this is actually a campaign slogan seems pretty ridiculous but if we’re already through the looking glass, wouldn’t it be the fair thing to do to put a link on that tweet to unbiased information about wearing masks?

At least that’s what the president of the European Central Bank has to say. Speaking at an online Q&A session for youth, though I’m curious to know which youth are following the ECB and how to get my kids to join them, Christine Lagarde explained that they’d set out three possible scenarios at the start of this thing, and it’s now seeming like the mild scenario is no longer relevant.

Here we can see the three on a chart. The red line now seems less likely, and we’re currently looking at something between the blue and yellow lines, or -8% and -12% GDP, respectively, for the eurozone. 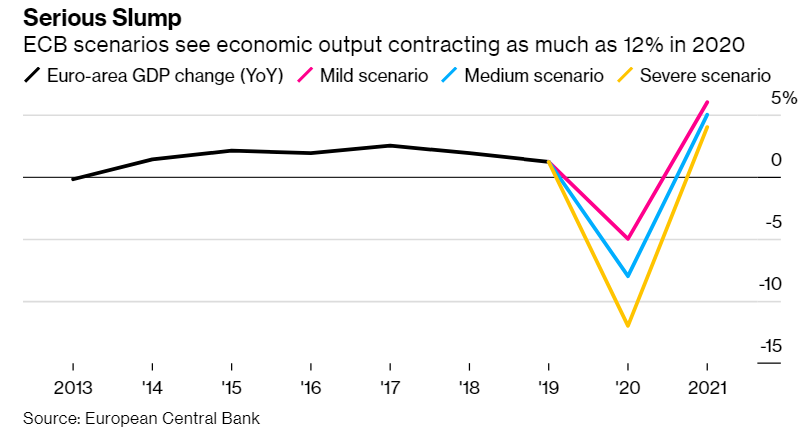 What gets me though is their projections for 2021, between 4% and 6%, which would be bigger growth than the EU has ever seen. Perhaps that’s why the stock markets are rising like there’s no tomorrow. They’ve skipped right over tomorrow and are now trying to trade next year.

Watching the market continue to truck north during a total economic and political meltdown has been one of the most surreal experiences of my entire career. Mati Greenspan Click to tweet 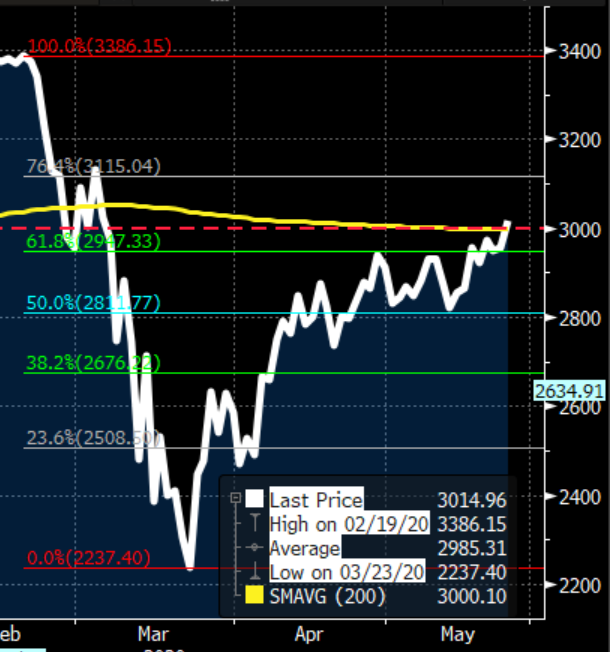 Thanks to the dynamic market, as I’m writing it does seem like stocks are taking a turn south. We’ll need to keep an eye on them to see where that’s going. In the meantime though, bitcoin has made a significant bounce up.

In an investor call today entitled “US Economic Outlook & Implications of Current Policies for Inflation, Gold, and Bitcoin,” Goldman Sachs served a cold dish to the crypto community, which was largely expecting them to come out with a bullish call on the world’s number one digital asset.

Though I wasn’t personally on the call, it’s quite clear from comments on the internet and a leaked copy of their slide deck that their talking points were mostly on the negative side. 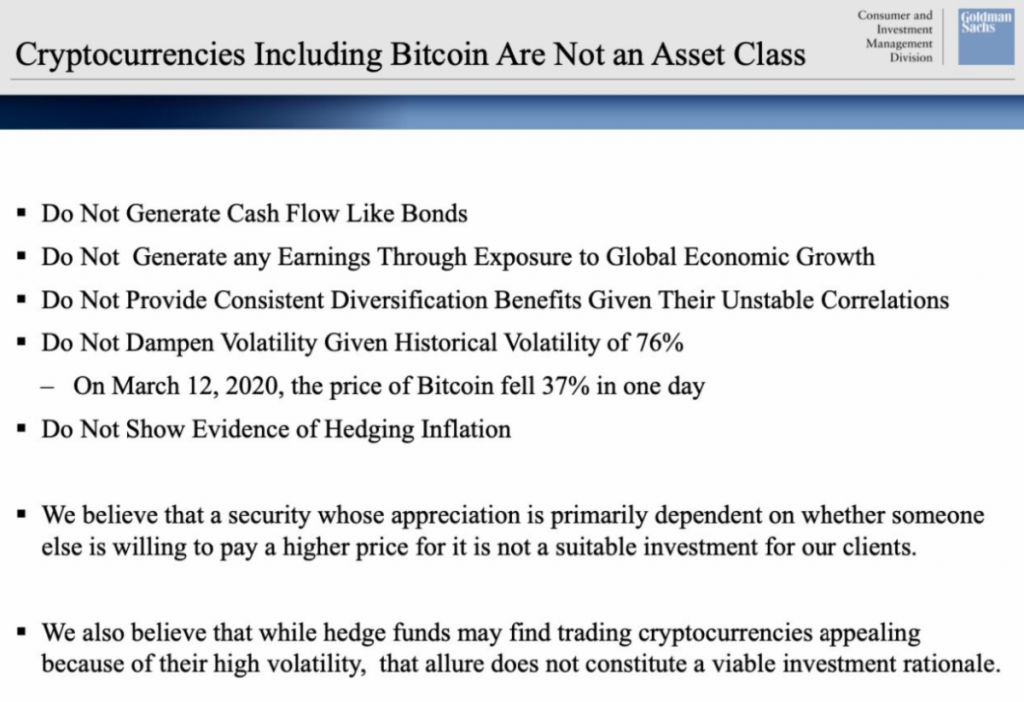 They also mentioned that the U.S. government was not about to debase the U.S. Dollar, and therefore there’s no reason to hold bitcoin as a hedge. Right, so at least we know that they’re completely out of touch with reality.

Regardless of what Goldman Sachs sell-side analysts have to say, it’s quite clear that institutional interest has been picking up lately. Open interest at the CME group is through the roof, and volume at Deribit, who mainly focuses on institutional clients in Europe, has been growing steadily, reaching $230 million in the last 24 hours.

Perhaps Goldman is just trying to jawbone bitcoin to buy more for themselves at a cheaper price. Who knows?

Either way, the price has now pushed off of that support level we’ve been watching recently so let’s hope for a positive follow through.