Embedded in the code of the first bitcoin block is an image file, showing the front page of a newspaper along with the headline “Chancellor on the Brink of a Second Bailout.”

The meticulous placement of this image served as a proof of life to confirm the block was mined on or after January 3rd 2009, and the embedded headline was only further evidence of Satoshi Nakamoto’s intention for creating bitcoin in the first place.

Politicians and bankers simply cannot be trusted to run the monetary system.

In the last block before the halving, the pool who mined block 629,999 embedded an article of their own. 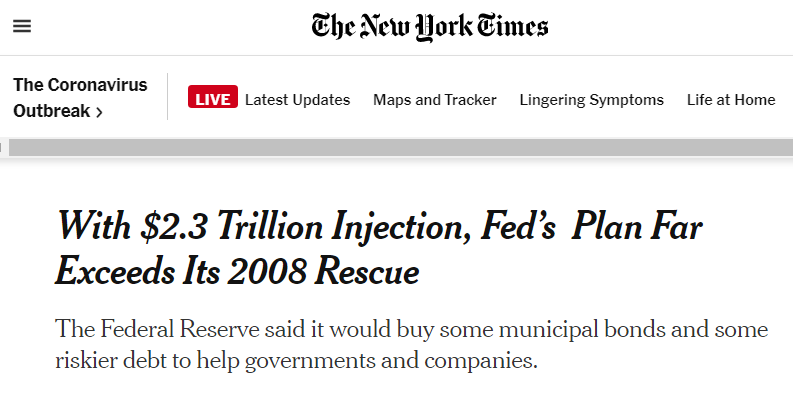 Eleven years after the genesis block, the system has only gotten more aggressive with its use of monetary stimulus. Luckily, we now have an alternative. Mati Greenspan Click to tweet

What is a bit of a shame is that the proof of life used in block 629,999 was actually from April 9th. Certainly they could have found something a bit more recent. Had the block occurred this morning, they certainly could have used this one…

Mark Carney, he previous Bank of England Governor who left his post just before the Corona-mess on March 15th, was vehemently opposed to Negative Interest rates. In fact, when the NIRP trend began to get serious he was the one to step up and warn the world against them calling it a “zero sum game” in which all currencies compete to devalue their own currency.

Yes, Mark is almost definitely one of the good guys, and that’s coming from someone who generally despises most politicians and bankers. It seems now that he’s out of the picture though, the wolf is back in charge of the hen house.

Right on cue, we have President Donald Trump tweeting his response on the subject.

We’re getting rumors now that a fourth corona-relief package is now making its way through Congress, possibly to the tune of an additional $2 trillion. We’ll keep an eye on that as details emerge.

Those of you who have been reading over the last week probably know that we were indeed expecting to see some sort of drop in the hashrate after the halving, as the older models of mining equipment are phased out. For some reason, that doesn’t seem to have happened yet, and the hashrate currently remains quite close to its all-time highest levels. 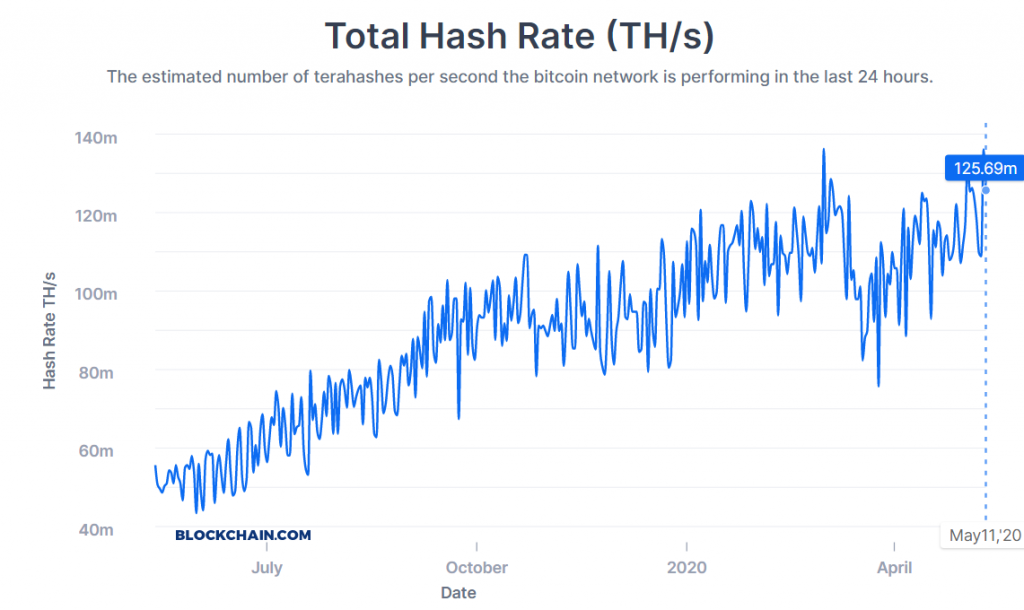 So, perhaps the plunge will come in later, or perhaps I was mistaken and it won’t happen at all. Maybe the miners have already phased out their unprofitable machines in advance, or the newer models are so efficient that the older ones are barely noticeable in comparison. Either way, I guess we’ll find out soon enough.

Although, I’m not sure why I thought this would happen in the first place. The previous halvening in July 2016 didn’t seem to have that much of a downer affect on the hashrate.

Engagements on social media, on the other hand, have far exceeded all expectations. The hashtag #BitcoinHalving2020 was trending on Twitter, and mentions of the word bitcoin on social media saw an increase of 77.8% (according to LunarCRUSH data), it’s biggest single day spike ever.

Speaking of engagement, I would like to take this opportunity to thank each and every reader who provides feedback or input on this newsletter. It is immensely appreciated.