“If bitcoin gets too popular or becomes a threat the governments will ban it.”

-Every nocoiner out there

Anyone who understands the basics of how bitcoin works knows that this is simply not possible. Though the governments can crack down on a specific business or exchange that facilitates bitcoin trading, due to the decentralized nature of the technology, they are not able to stop people from transacting with it.

In September 2017, China outlawed bitcoin when the digital currency was right in the middle of a raging bull run. At the time, this was a pretty big deal, since a good portion of people trading bitcoin back then were in China.

The initial shock of the news did send the price of bitcoin down for a few days. As many of you will recall, the price recovered, rising to fresh, all-time highs rather quickly, and then bitcoin went on to continue mooning for another three months.

A more recent example of this is what happened in Nigeria, where the nation’s central bank recently distributed an infamous circular banning bitcoin and asking financial institutions to identify individuals who are holding it.

If bitcoin’s price is a function of scarcity, then outlawing it will only send the price up! Mati Greenspan Click to tweet

Case in point, according to bitcoinpricemap.com, Nigerian bitcoiners are paying nearly 40% more than the rest of us in order to stack their sats. Good job, guys! 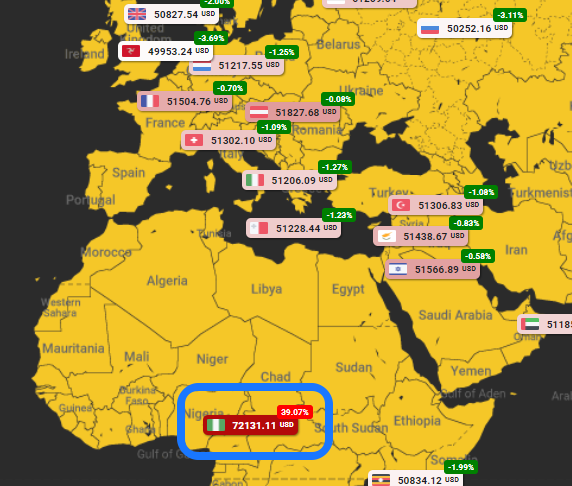 Your bed is ready

Nigerian authorities have every reason to be scared too. Figures provided by Statista.com estimate that the nation’s traders moved more than $400 million through online exchanges in 2020, the third highest on their list. 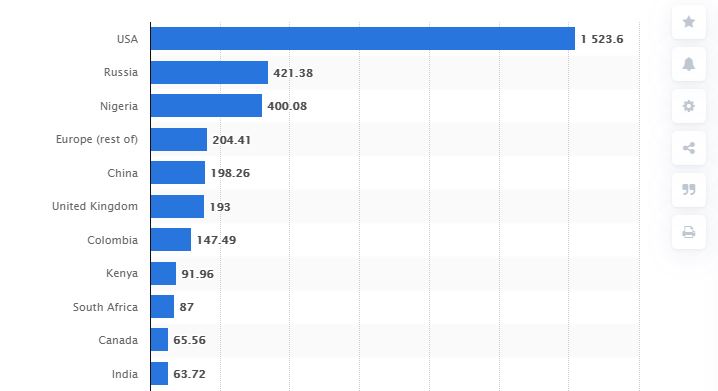 Likewise, the people of Nigeria have every reason to be using bitcoin. Here we can see the local naira going from more than half a cent in 2014 to $0.003 today. 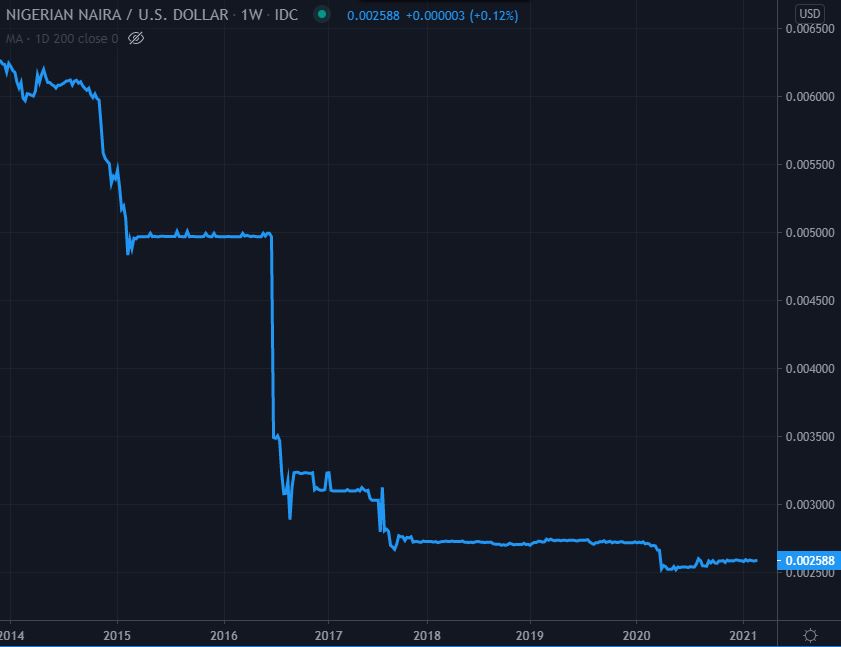 So really, Nigeria’s central bank should be not at all surprised that people are looking to exit their fiat currency for something a bit more stable.

Even bitcoin’s famous 80% pullbacks look rather tame compared to a currency that will almost certainly continue to lose its purchasing power over time.

To Godwin Emefiele, governor of the CBN, we say the following: You made your bed, now lie in it.

Not that this circular has much chance of survival. See, it’s been a long time since African politicians have been able to claim independence from international overlords, particularly those in China.

China, for their part, isn’t trying to get rid of cryptocurrencies at all. In fact, they plan to dominate the space. But even China has bigger fish to fry. They don’t seem to mind competing with bitcoin for market share in a world where the U.S. dollar is no longer the king.

America’s failure to act quickly in the field of digital assets has put them at a huge disadvantage in the upcoming ongoing battle for digital payments.

China, on the other hand, has been monitoring the space since 2014, and they have already produced their own central bank digital currency and are testing it as we speak.

It will be interesting to see how successful the East Asian nation is in using the digital yuan to replace the USD as the global reserve currency.