The announcement that an efficient vaccine has been concocted at the beginning of last week set the markets on a mean rotation.

The news yesterday of a second such vaccine, however, seems to have faded out rather quickly as investors who bought the rumor are now selling the news.

This makes perfect sense of course in a macro-narrative-driven market like the one we have now. After all, it’s difficult to buy the recovery when the current virus situation is about as dire as it’s been since the start.

Here we can see the number of daily COVID-19 related deaths recently hitting a gruesome new high of more than 10,000 people. 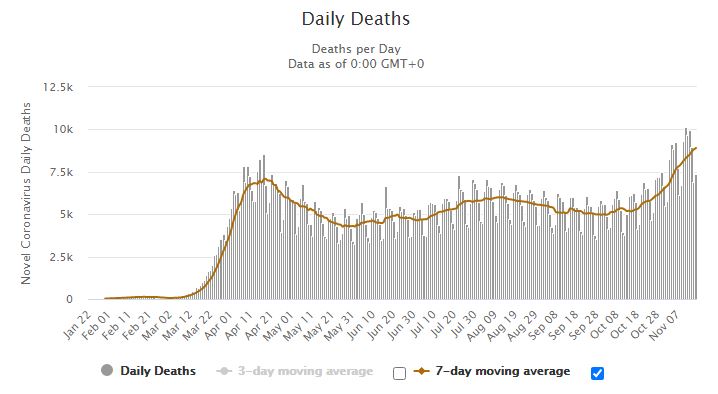 What’s more, the political situation in Washington has gotten worse and not better following the election, and a Congressional compromise to put money in people’s pockets seems farther then ever.

Yeah, once again, the markets have gone from elated to grim in the span of 12 hours. The total damage is one solitary percentage point off the Dow Jones Industrial Average, so we are clearly not too worried as we meander near the all-time highs.

I can’t wait to hear what tomorrow’s narrative might be, but not before we see what’s happening with the price. 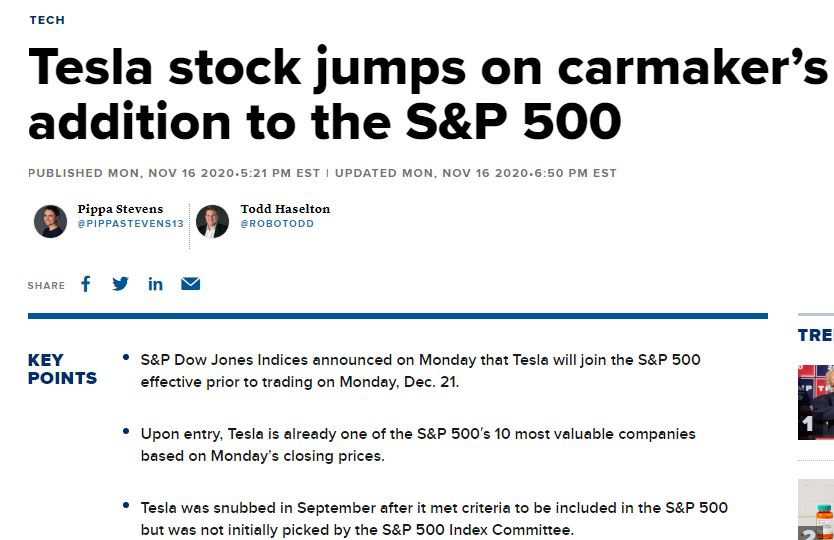 A fair amount of studies have been done dissecting exactly how index inclusion effects the price of a stock, none of which seems particularly relevant when it comes to Tesla.

Rumors that it might at some point be added to this major index have been causing upward pressure on the price ever since the split.

If we’re really being honest though, this stock has been defying logic for many years, as share price outpaces sales growth by a wide margin.

It’s completely disconnected from piddly things like revenues and earnings, or anything that might have to do with traditional equity valuation. Tesla followers are like a group of lemmings following each other up a mountain.

A massive gap can be observed, as the news did break before the market opening bell, meaning that most of the profits off this latest pop were actually pocketed by futures traders and market makers, and the retracement is already underway. 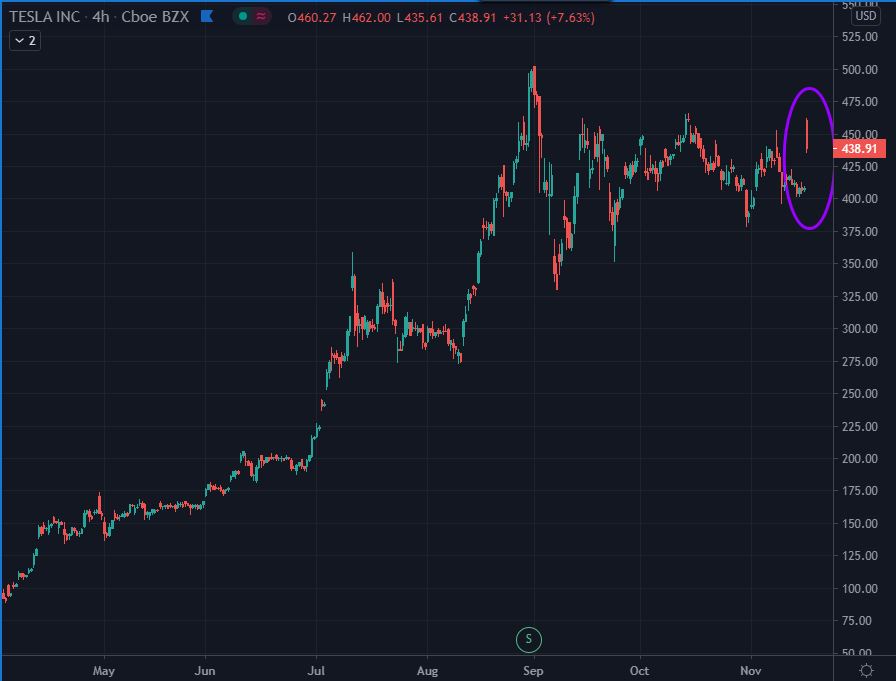 Not coronavirus, nor a vaccine, nor stimulus speculation seem to be affecting bitcoin today, which seems on an unstoppable trajectory to the moon.

The break was light and on light volume, but since then, bitcoin was able to muster additional speed, and by now, it has crossed $17,500.

According to the charts we were due for a pullback a long time ago, but the fundamentals are firmly in control right now as increasingly large players are entering this tiny market.

We’ve seen this dynamic play out in 2017 with the retail market. When everybody is buying and nobody is selling, it doesn’t take a lot of volume to push the price higher.

When there’s no bitcoin available, buyers are forced to continuously increase their price until the order gets filled. it’s a classic liquidity crunch.

Only this time, Visa, MasterCard, Paypal, Square, Paul Tudor Jones, Anthony Scaramucci, Bill Miller, and many more of the world’s wealthiest people and corporate entities are on the buy side.