To all those who’ve fallen in the great wars, today we remember your contributions to the world, and how your actions back then have had an incredible impact on our world today.

The global economy has been experiencing what can only be described as parabolic growth ever since that time, something that I believe could not have transpired had the world fallen to fascism, nor if we had not experienced the flood of industrial investments into the war front that paid dividends in the years to come, like nuclear power for example.

Our total output as a species went from under $5 billion in 1913 to about $150 trillion today, according to figures provided by Our World in Data. That’s an incredible and unprecedented rate of growth, even when we factor in that inflation over this period is more than 2,500%. (More on this in tomorrow’s newsletter.) 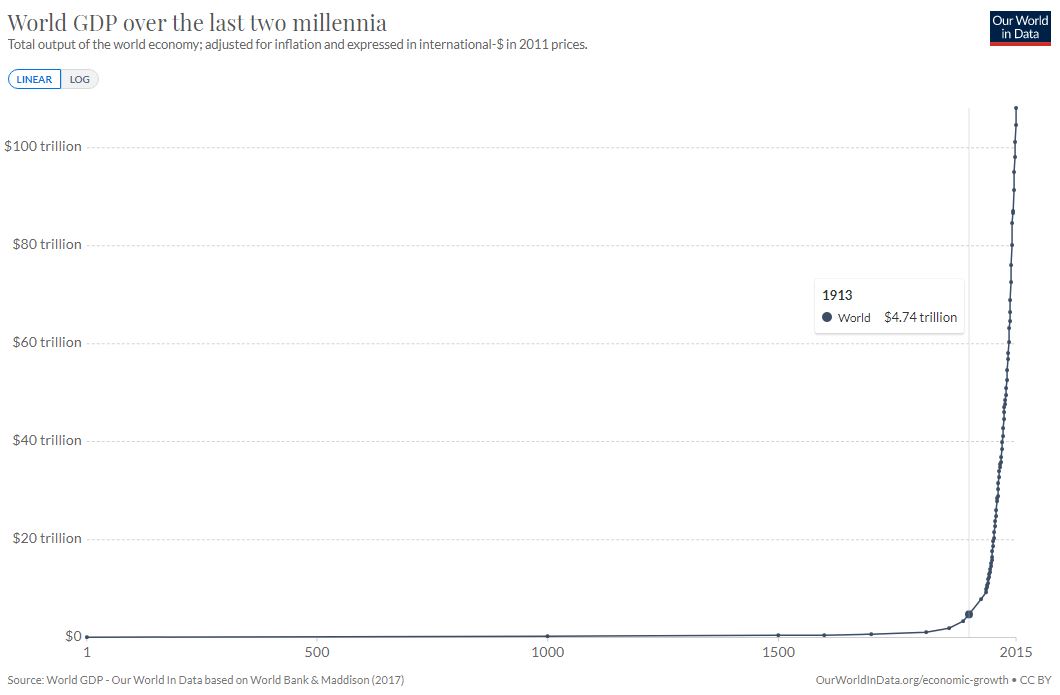 For today, the world looks just a bit brighter than it did a few short weeks ago. Mati Greenspan Click to tweet

With the elevated volatility of the intense U.S. elections now safely behind us and the possibility that a vaccine might be just around the corner, investors are really happy today. 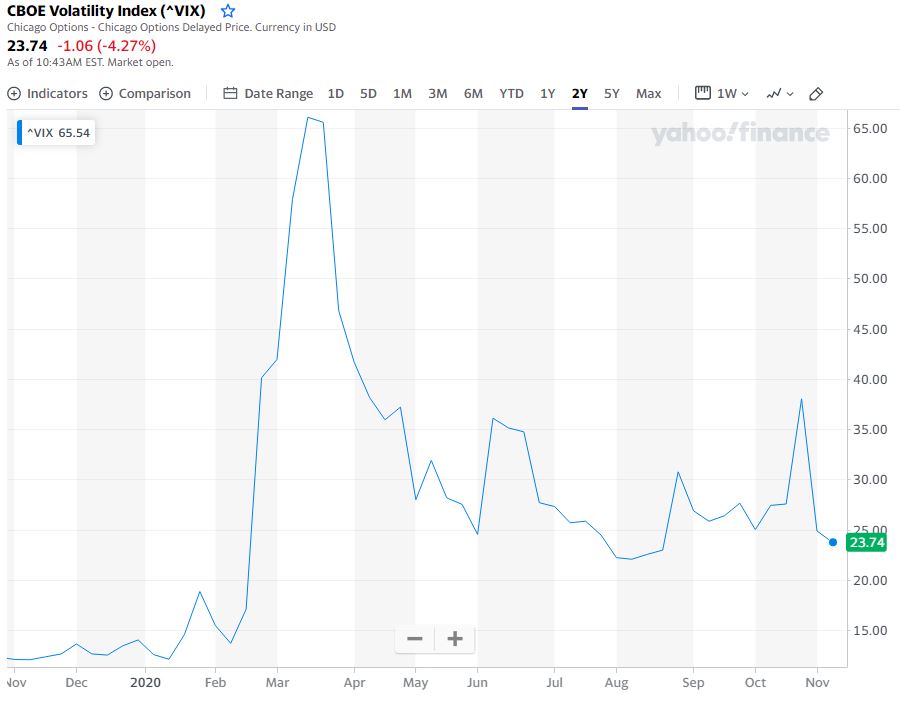 One thing that would maybe stop us from calling this a full-blown risk rally, however, is the U.S. dollar.

A person might think that with all the money flowing into stocks, bitcoin, and other risk-assets today, we might see a weaker buck, but instead the greenback is giving a strong push off the lows, defending her critical levels of multi-year support.

It is quite uncommon for the dollar to rally in a risk-on environment like this, but stranger things have happened.

With the disappearance of some very strong headwinds, we can see further potential for more storms ahead.

For one thing, the virus is far from gone, and we have to assume that it will claim many more victims before going away completely, both in human cost and in corporate capital.

Furthermore, there’s a sudden and present danger toward some of the world’s largest companies, specifically the tech one, not only in the United States, where a Biden administration seems likely to bring down the hammer on the FAANGs, but in China as well.

The blockage of Ant Finance’s high profile initial public offering (IPO) was not only a slap in the face to Jack Ma and local investors who were looking for a huge payday, it may also be a sign of a much stricter landscape ahead.

The crackdown is so wide that even crypto projects have started to show some concern.

In several Telegram groups today, I’ve heard from founders who were wondering whether the communist party is clearing the space in order to lay the groundwork for the new digital yuan.

Price, on the other hand, does not seem to be impacted however, as bitcoin continues to press against resistance at $16,000 and ether is just a single percentage point away from its highest level in more than two years.

Those of us who have been cheerfully drawing parallels to the 2017 crypto awareness bull run now have a little more fodder when exclaiming that the markets are currently rallying on rumors of a China statewide crackdown.

We laugh in the face of danger.