Markets are mixed today. They are not flat, but mixed. There’s a lot of uncertainty to deal with at the moment. Mati Greenspan Click to tweet

Global coronavirus-related deaths have now topped half a million. For those saying that this is just a bad flu (I might be guilty of this myself), this latest statistic confirms that it is not. 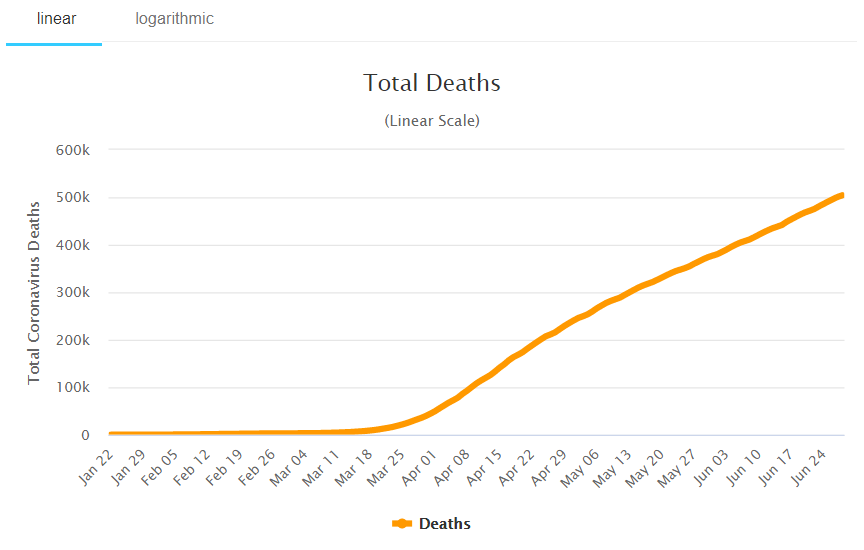 On the other hand, it’s extremely unlikely that we’ll see another global lockdown like the last one. Doctors are much better at treating the issue now, and governments are no longer willing to sacrifice the entire economy to stop the spread.

They’re now getting into the details of which parts of the economy and which specific locations need to be restricted, and at what levels. So the overall damage should be mitigated going forward.

Since the charts of various assets aren’t going to show us much more than consolidation today, I’d rather show you a chart of the VIX volatility index, which has been trending upwards throughout the month of June. 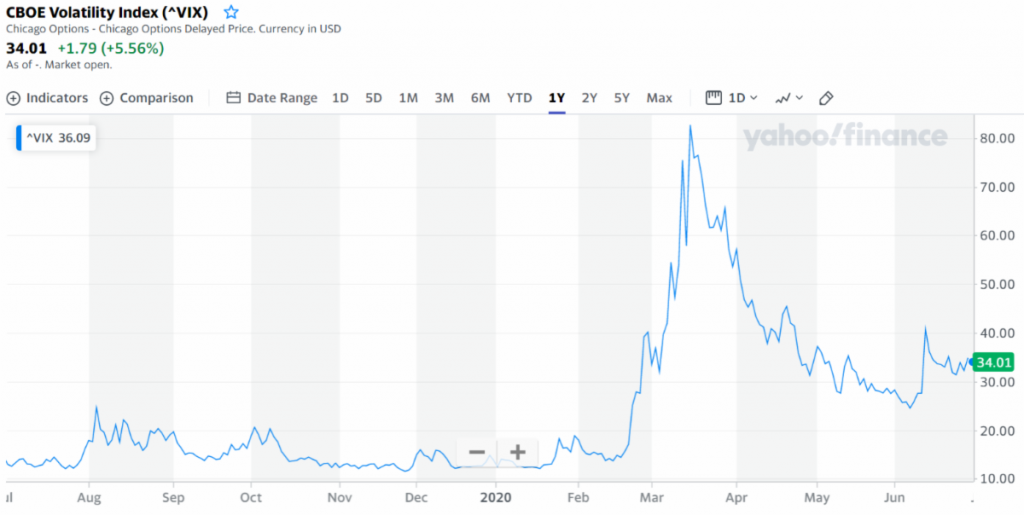 One thing that I think is not being priced in just yet is the rapidly declining prospect of further fiscal stimulus in the U.S. Again, fiscal means from the government, and not the central bank stuff that always flows like water.

The Democratic-led House has proposed a new bill to promote civil rights that the Republican Senate will almost certainly shoot down. At the beginning of COVID-19, we saw a great willingness for both parties to work together for the good of the people in order to fight the virus.

That same spirit doesn’t seem to be present anymore, and so it will be much more difficult to pass any further coronavirus relief aid packages through both houses of Congress.

Since the digital currency market is just as volatile and mixed as the rest of them today, let’s focus on another phenomenon, one that might be a bit more telling of the current market situation. More specifically, Wirecard is up 200% from the lows of last Friday. 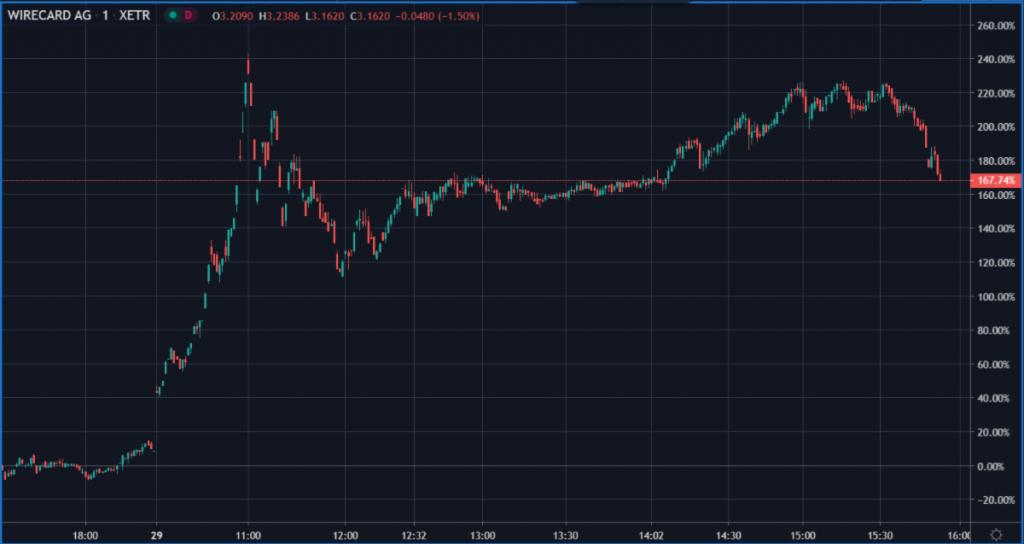 Pundits on social media have been quick to draw the comparison to what happened with Hertz earlier this month, where their share price rose astronomically after declaring bankruptcy, mostly driven higher by misguided retail investors looking for a bankruptcy bump.

No, this Wirecard move is more of a dead cat bounce. Here, we can see Hertz on the left and Wirecard on the right. Notice that the Wirecard bump is not even noticeable on the long term graph. 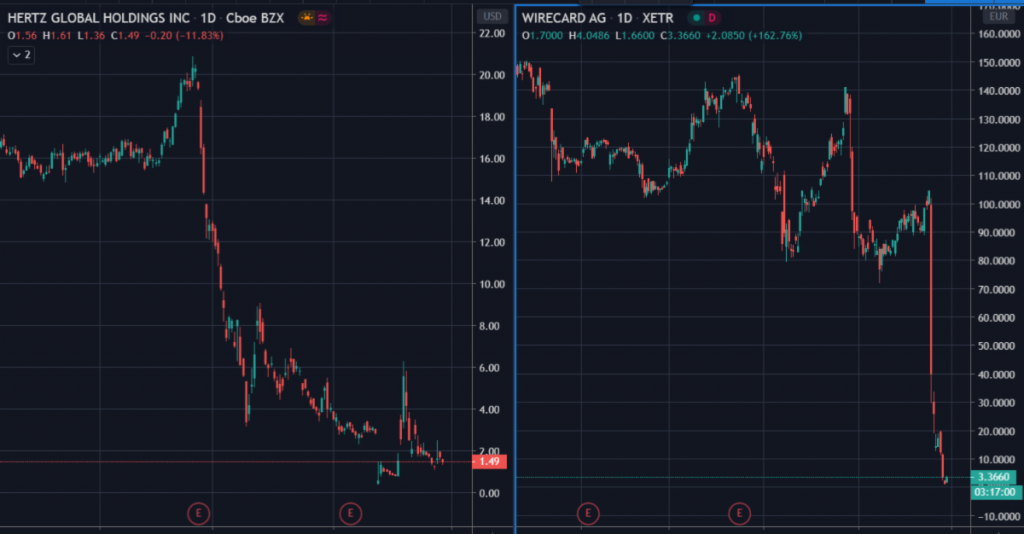 Now, I might be reading into things a bit too much, but to me this shows that the market is a lot less willing to throw down on hunches or gambles than it was at the beginning of the month. Now that the market looks a lot more stretched, and the influence from the Federal Reserve and the new retail traders is waning, we will likely see markets getting more picky.