In an effort to stabilize the markets in the face of the crippling economic impact of the fight against COVID-19, one country has done something rather rash…

Of course, neither you nor I are currently trading on the PSE so this probably has little effect on us. However, the wording here seems to indicate a high probability that others will follow.

Honestly, with the kids on furlough and the entire country now going into full quarantine until further notice I assume no responsibility for what might happen at Casa Greenspan should they close the broader markets right now.

Furthermore, there doesn’t seem to be any real need to close the bigger ones for the time being. The main reason for such a move would strictly be if there were some liquidity issues within the market and would likely not be taken to prevent price discovery. Well, thanks to our friends in the Fed and their friends globally, liquidity is one thing that is simply not lacking at the moment.

Besides, the President of the NYSE says that they’re handling our volumes just fine for now. So that’s a sigh of relief. What’s not working quite as smoothly however is the currency market….

An unprecedented amount of capital is moving to cash at the moment. As we’ve seen with bitcoin, and gold, and the stocks, and just about everything else with value dropping fast, basically people are going for the liquidity and the stability. Mostly… of the US Dollar.

Here we can see that the Dollar was in a rather strong trend when all this started. On February 24th, the day that the first cases started showing up outside of Asia, the Dollar started plummeting. Now, it seems that entire move has been reversed. 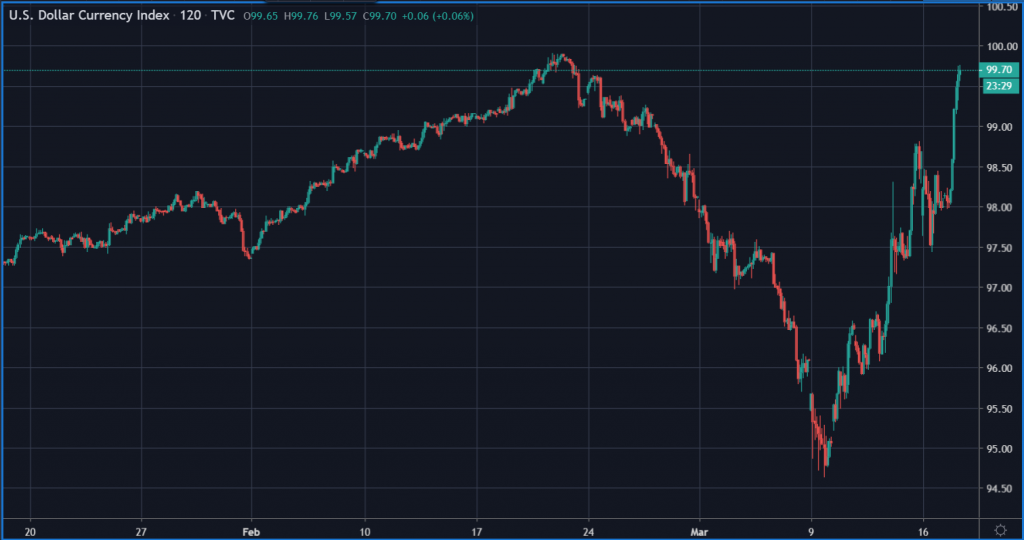 It’s a bit of a wonder, that even with all the injections we’ve seen from the central banks over the last few years, under the current circumstances supply of the global reserve currency is actually shoring up.

In addition to the $1 trillion in repo injections and the newly pledged $700 billion worth of QE, the Fed is also opening up old swap channels with it’s international counterparts to ensure that the Dollars can keep flowing. The deal was cut only two days ago but as of the last few hours, it doesn’t seem to be enough. 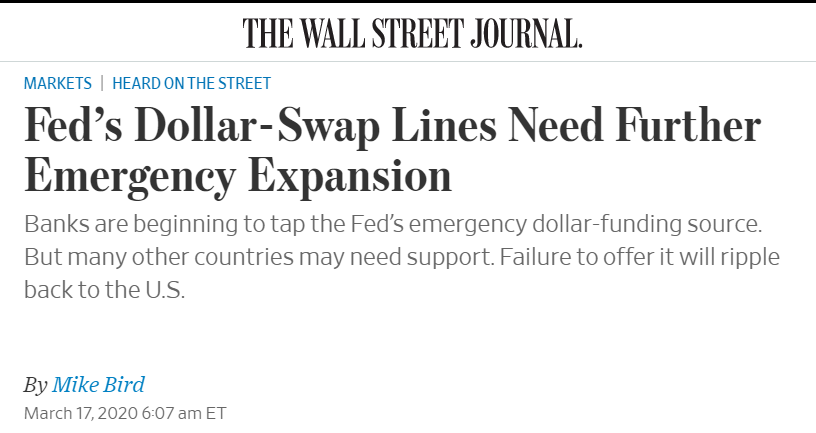 Meanwhile, in the US government Steven Mnuchin is pushing hard to get a fiscal stimulus package through congress. Probably to the tune of $800 billion to put money in the hands of the people. Today, Spain has joined Italy and announced that they’re suspending mortgages for troubled families and are apparently discussing helicopter money. Not sure how Germany will react to that one.

Along with the stock markets and gold, Bitcoin and the gang are seeing a bit of a bounce today. Mati Greenspan Click to tweet

It might be a bit too early to say if we’re seeing a natural bottom or if we’re looking at a dead cat. Suppose we should just enjoy the sight while it lasts.

In the meantime, fear in the market has hardly subsided. The VIX index is still very much in an upward trajectory. 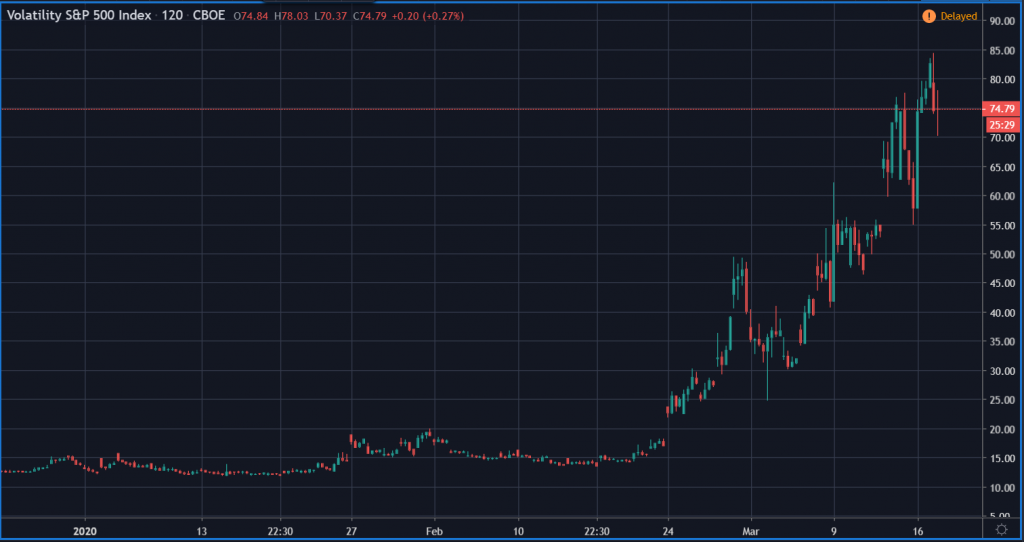 Community sentiment into the market open today also seems to indicate that we might not have seen the worst of it just yet. Kind of hope they’re wrong but there still is a ton of uncertainty about how the world is changing.

Thanks a million to every one of you reading these updates and for all the fantastic feedback. I’m really glad to hear you guys are enjoying. Make sure to keep sharing with all of your friends and families, I assume that many of them will appreciate a better understanding of the markets right now and probably have a bit of extra time on their hands.