This has been going on for weeks now as the price continues to skyrocket. Well, today we’re adding two new ones to THE LIST (of reasons to be bullish about bitcoin).

The first one, with $631 billion under management, is Alliance Bernstein, whose letter to investors included five words not oft heard within the financial industry. …

Number two is actually the largest money manager in the world right now, Larry Fink, the CEO of BlackRock, one of the primary benefactors of 10 years of quantitative easing, with $7.4 trillion under management. …

Now, on a scale of one to lambo-moon, this last comment is admittedly lacking. Those of Fink’s Chief Investment Officer last week, however, seem a bit more optimistic. …

As far as the traditional markets are concerned, I feel like I’m having some serious Deja Vu, as Treasury Secretary Steven Mnuchin and Federal Reserve Chair Jerome Powell are once again on Capital Hill begging Congress for some money, and lawmakers are refusing to give it.

The markets have by now priced in a potential massive stimulus bill several times over the last few months, but it’s just not coming.

It’s embarrassing, and the U.S. dollar is feeling it. Here we can see the Dollar Currency Index over the last month, and the many times it tried to pump only to be smacked right back down by the market. Check out that itty bitty one from earlier today. 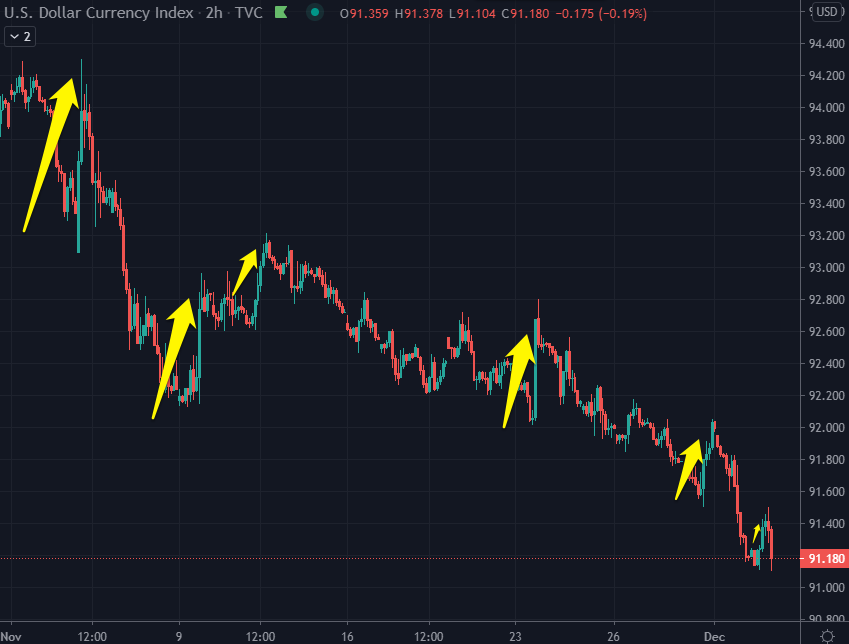 Unlike yesterday though, we can see that the new lows printed by the buck is lifting prices of commodities.

Stocks seem to want to rally further, but they are certainly entitled to take a breather after mad November.

There’s no doubt that there is a lot of money still in the system that needs to find a home, and an endless sea of talking heads ready and willing to enthusiastically exclaim their particular bullish thesis.

For those of you who’ve been reading over the last month, you may recall a particular pattern that we were tracking just before bitcoin broke through $14,000.

The pattern resulted in an extremely rare upward breakout of an upward facing channel, despite a coinciding psychological barrier. 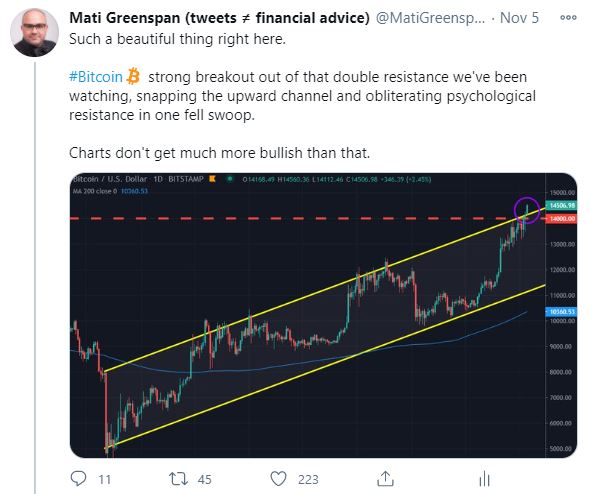 Well, it looks like we have a very similar setup playing out right now, as we approach the all-time high and psychological barrier of $20,000, only this time, the channel is much steeper. 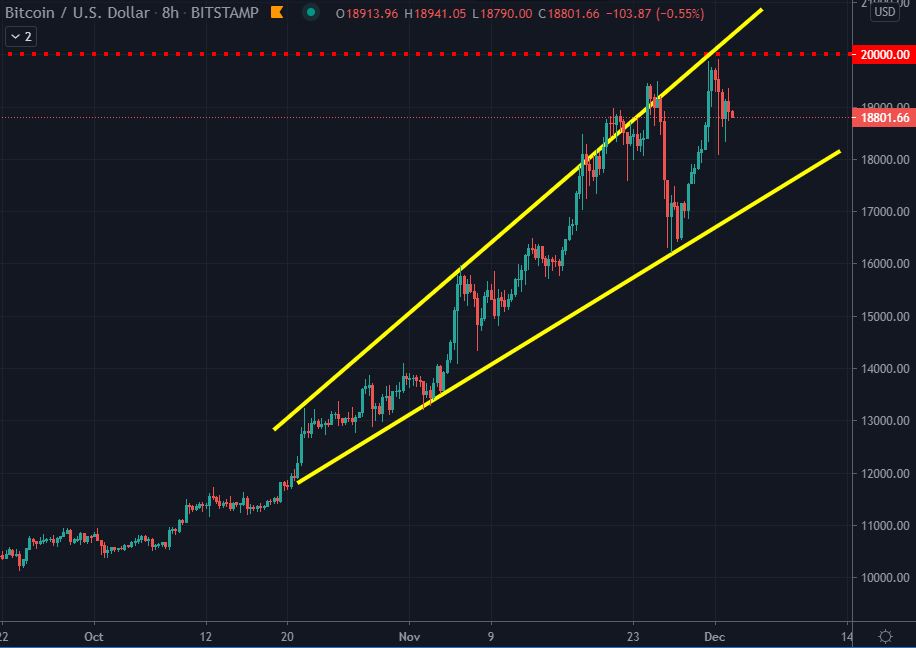 Now, the natural thing for the market to do would be to pull back and test the lows again before making another pass at the red line, but then again, we’re not really in a normal market right now.

As I had the honor of pointing out to Peter Brandt and Tone Vays on a Cointelegraph Live Show yesterday, the question isn’t really when we break $20,000 so much as how it will break.