Here we can see BTC in blue and Tesla in red. The world’s favorite electric car company has managed to attain profitability for the second quarter in a row, and price is now neck and neck with the world’s first and cryptocurrency. 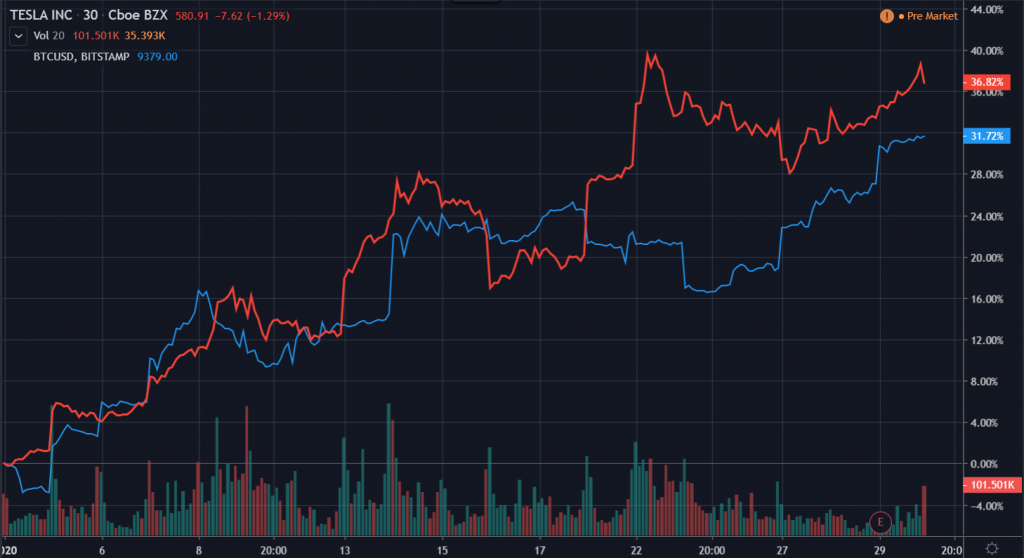 What’s more incredible is that Tesla is rising despite the fact that the rest of the stock markets are seeing a pullback. Many stock indexes have already erased their entire gains for the year because of the Coronavirus.

The virus is spreading quickly and the WHO is set to make an announcement later today to announce if it’s a global crisis. In China, the devastation is real. Even though the death toll is not too shocking (thank G-d), the containment efforts are certainly impacting the economy. The local stock markets will remain closed until Monday. Forecasts for China’s GDP have dropped below 6% and many fortune 500 companies have mentioned that their factories in the East will see reduced capacity.

In fact, Tesla is one of those companies too and has also announced that their new gigafactory in Shanghai will be closed for a while.

Increasingly, investors are choosing to put their money into things that they believe in. Thanks to the central banks, there’s plenty of money out there to be placed.

Even though yesterday’s Fed meeting has been called a “Snoozefest Nothingburger” by several economists, there were some important revelations on how those who control the planet’s money tend to run it.

pheww. At least the Cornavirus was not overplayed. Yes, they did mention it but just in the context that they don’t know how it’ll play out and it seems too soon to react to.

That inflation bit though… now that’s quite concerning.

Usually, the Fed tries to come just about as close to 2% as they can without hitting it. Over the last year they fell well below that mark at 1.5%. However, the numbers at the beginning of 2019 were abnormally low and the Chairman mentioned that the 12 month figure should rise over the next few months as that low period drops out of the equation.

They’re not letting up though. The change that they made may seem subtle but in essence they’re saying now that they don’t necessarily mind if they hit 2%, or even surpass it. #BitcoinFixesThis

Normally, after a breakout like the one we saw on Tuesday night (as discussed in yesterday’s QE newsletter), you’d expect some kind of pullback.

Most of the time when a major resistance level is broken to the upside, the market likes to then test that very same level as a support to see if it can then hold the price up.

Here’s an image that I found on the internet that demonstrates this classic price behavior. (if you want to learn more about how to read the charts, feel free to enroll in our new CryptoTrading Masterclass, taught by yours truly.) 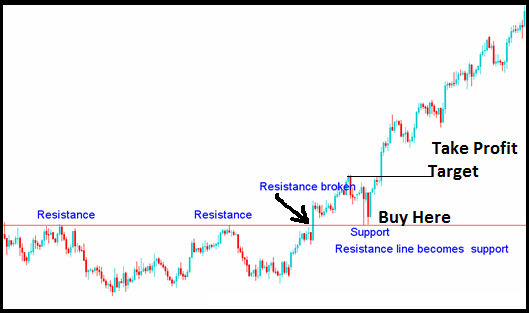 However, looking at bitcoin this morning, we can see that it’s hesitating to do that. Instead, it’s actually holding the new highs quite well and consolidating just under a new barrier at $9,400. The resulting pattern now looks like a classic bull flag. Yet another sign that the charts are all pointing up. 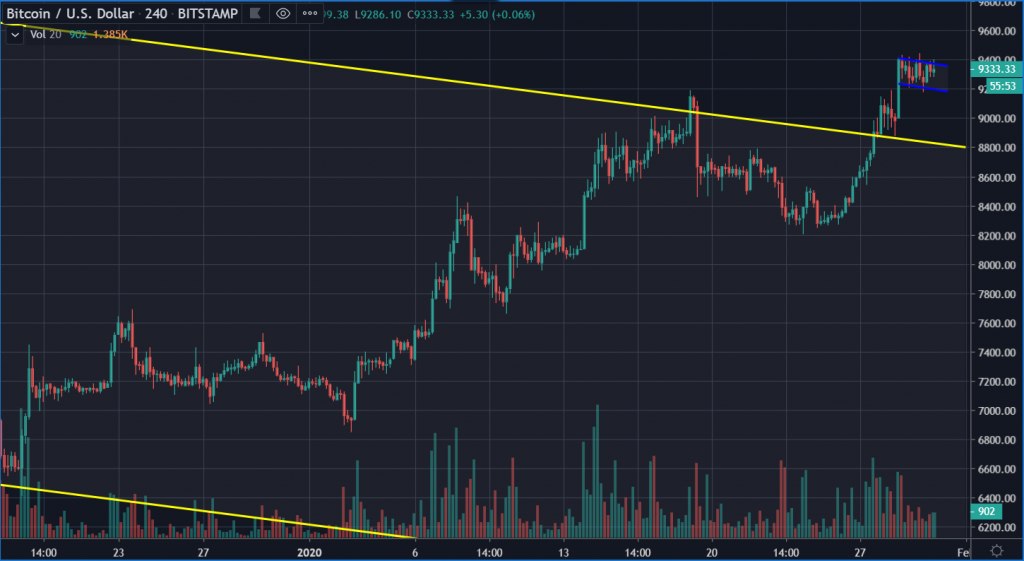 Of course the usual disclaimer applies. Past performance is not an indication of future results. However, I do believe that if we get an upward break of $9,400 we could be test $10,000 by the end of the day. Guess we’ll need to wait and see.