While there are many different tools available for bitcoin traders, fundamental analysis may be one the most practical. Using this methodology, investors can evaluate bitcoin’s key price determinants or “fundamentals” in an effort to determine the bitcoin’s intrinsic, or actual, value.

Armed with this information, investors identify whether it is undervalued or overvalued at its current price, then incorporate this assessment into their trading. In other words, investors can use fundamental analysis to determine whether it is a good time to buy or sell.

One way to get a better understanding of fundamental analysis is to take a look at its counterpart, technical analysis, which takes a more psychological approach to the market.

Technical analysts evaluate price and volume data in order to get a better sense of trader sentiment and to identify trends in the market. Fundamental analysts, on the other hand, look at the factors that help drive a security’s price movements in an effort to determine its actual value.

While a great many traders have used fundamental analysis for stocks, bitcoin has been around for less than a decade, so this is a new and emerging field.

Fundamental analysts look at different factors to evaluate bitcoin than they would when assessing stocks. While these analysts might evaluate financial metrics like a company’s revenue and earnings when evaluating a stock, they would likely analyze a broader range of factors — for example, user activity and transaction volume — to evaluate bitcoin’s price.

Before you use fundamental analysis in your bitcoin trading, there are some key considerations you should keep in mind. For starters, not all investors support this approach. Some market observers subscribe to the Efficient Market Hypothesis, which basically states that security prices reflect all available information. Therefore, investors cannot beat the market over the long run — and since all information is already baked into the price, there is little opportunity to benefit from further analysis

While these assertions may seem intimidating, remember that some investors have repeatedly outperformed the markets. Warren Buffett, frequently called the Oracle of Omaha, has managed to consistently produce strong, positive returns over the years. Buying $1,000 worth of stock in Berkshire Hathaway, his company, in 1964 would provide an investor with roughly $37,000 at the time of this report. 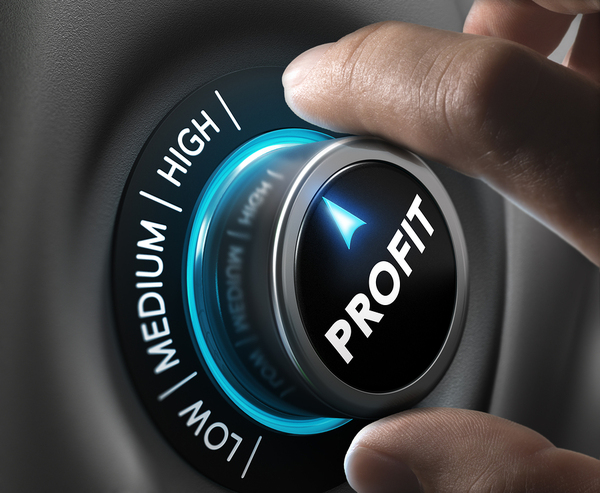 Since many investors are able to “beat the market,” there is certainly some evidence against the Efficient Markets Theory, and you might benefit significantly from learning more about using fundamental analysis in bitcoin trading.

When using fundamental analysis to evaluate bitcoin, it is crucial to understand that this approach involves assessing both quantitative and qualitative factors. Neither type of information is better than the other.

Many analysts rely on both to make sound decisions about a security’s true value. A perfect example of this is shares of McDonald’s Corporation (MCD). While fundamental analysts would look at quantitative variables like the fast food giant’s revenue and earnings, they would benefit from also looking at more qualitative factors such as the company’s brand and global footprint.

The lessons learned from this example can be applied to bitcoin, as fundamental analysts would likely consider quantitative factors such trading volume, but also look at more qualitative variables, such as bitcoin’s future prospects as a more widely used medium of exchange.

If you believe that digital currencies are the way of the future, any fundamental analysis of bitcoin could benefit from considering this more long-term view: it’s not all numbers, it’s also bitcoin’s opportunities in the future.

Bitcoin’s total supply is fixed at 21 million units, of which 16.3 million bitcoins have been mined at the time of this report. In plain English, the supply of bitcoin is limited and predictable — unlike traditional paper money, where a central bank has the ability to “print money” — as much as it wants.

However, this supply also contains some amount of “lost bitcoin.” For example, early bitcoin investors may have thrown away hard drives containing the keys needed to access their bitcoin, only to find out later that they threw away a small fortune!

Satoshi Nakamoto, the pseudonymous creator of bitcoin, is believed to hold a very substantial sum of bitcoin. Back in 2013, bitcoin develop Sergio Lerner estimated that Satoshi held roughly 1 million units of this cryptocurrency. Some speculate that these bitcoin will never move.

Bitcoin has certainly been making progress toward becoming a more widely used medium of exchange, as evidenced by growth in transaction volume and also the rising number of businesses that accept bitcoin as a payment method. Hundreds of companies have embraced the cryptocurrency as a payment method since bitcoin was created in 2009, including Amazon and Dell. E-commerce platform eBay keeps a list of more than 100 companies that accept bitcoin as payment.

Bitcoin’s trading volume has also followed an upward trajectory. While the digital currency’s monthly trading volume was less than 32k BTC in July 2010, it reached nearly 60 million BTC in October 2016.

Key events in the global economy can have a major impact on bitcoin prices, and you should consider them when using fundamental analysis to evaluate bitcoin. These important incidents can include both bitcoin-related and non-bitcoin-related events.

An event like the halving, for example, is clearly bitcoin-related, and could have a major impact on the digital currency’s fundamentals by cutting the rate of new supply in half. Another strong example would be the hack of a major bitcoin exchange.

Outside events are just as important, however. Bitcoin prices have surged in the past as global investors responded to incidents that illustrated global economic turmoil. Events involving Greece’s ongoing financial challenges, for example, have been credited with driving bitcoin prices higher.

By harnessing fundamental analysis, you can get a better sense of bitcoin’s intrinsic value, which can in turn help inform your decisions to buy or sell the digital currency.

However, some have criticized fundamental analysis as being too theoretical, since it is concerned with what a security “should” be worth instead of its actual value at the time. To account for this, you can combine this approach with technical analysis.

For example, you might look at several of bitcoin’s key fundamentals and come to the conclusion that it’s overpriced, prompting you to figure out a good time to sell. Then, you could leverage technical analysis to determine an ideal exit point.

Another approach would be evaluating bitcoin’s recent price and volume data to conclude that it is an ideal time to buy, then looking at some fundamental variables to help confirm this decision.

At the end of the day, it is up to you to decide what approaches you want to use when investing in bitcoin. One thing is for certain, however. The more you know about bitcoin, the more likely you are to make wise decisions when investing in it.

If you want to learn more about investing in bitcoin fundamentals, take a moment today to subscribe to Bitcoin Market Journal .