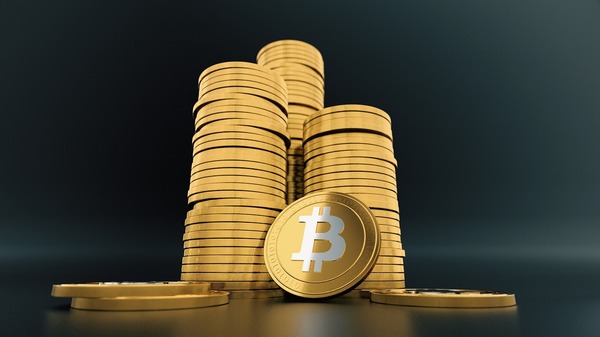 How would you answer? In reality, bitcoin behaves like all three, to varying degrees. However, when you carefully consider the purpose for which bitcoin is generally used, answer “C” may just be the winner. Here’s why.

Simple Currency? Not So Fast

Regular readers of this space, likely at least conversationally informed on the details of cryptocurrency, may answer that bitcoin is “a decentralized currency,” perhaps, or the most detailed “it’s an entry in a public, digital ledger.”

Both are true, yet also incomplete. Like any asset, a bitcoin is more than the sum of its parts. It’s also the purpose for which it’s used. A dollar, for example, might be accurately described as a slip of green paper with a serial number. It’s just as true to call it a guarantor for debts or 1/19.3 trillionth of the United States economy. (At the time of writing.) A lump of gold may alternatingly be a status symbol, a long-term investment, or an underperforming paperweight.

So, too, with a bitcoin. For spenders in the digital economy, it is a currency, albeit an unstable one. For the investors who currently make up the majority of the cryptocurrency marketplace, it is an asset.

That’s where the question comes in. What kind of asset is it, exactly? The answer hints at some structural reasons for the cryptocurrency market’s instability.

Investors have been taught to approach digital assets like a form of 21st-century stock. All tokens are marketed interchangeably, bought and sold through the same marketplaces, and held in the same wallets. Cryptocurrency projects and startups share the same trading spaces, and these exchanges treat all blockchain assets identically, whether released as part of an ICO or “unearthed” through digital mining.

Moreover, cryptocurrencies and corporate tokens are both marketed with the same basic language. These campaigns focus on investment, but crucially also on the ideas behind the asset. Publicity for bitcoin will discuss features like advances in blockchain technology and bitcoin’s role as next-generation currency. Ethereum publicity might discuss its stability against the market, but it may just as likely tout Ether’s self-executing contracts as the documentation of the future.

This is how the market analyzes a company, looking at the viability of its underlying product to determine value. The result is an investor class taught to regard blockchain investments as structurally identical and to consider them as an asset class akin to stocks.

The trouble is… this is all wrong.

As Villanova Professor Meg Lou wrote for U.S. News, “investing in bitcoin is not like investing in stocks and bonds.”

“Investors buy stocks and bonds because they bring in future cash flows, interest and principal income in the case of bonds and dividend for stocks, and capital gains from a possible increase in price in the future. But bitcoin’s only source of return is price increase.

Well, you may argue, there are firms who never pay dividends, many of the tech companies, and bitcoin is kind of like them, where capital gains is the sole driver of returns. But here’s the essential difference: the future price of non-dividend paying stocks are backed by the company’s potential to grow its profit. It has cash flow, whereas bitcoin has none. The only thing it can offer is the belief that someone will be willing to pay more for it in the future.”

As Lou points out, a stock or bond can ordinarily generate profit even if the investor never sells it. Moreover, the future sale price of the asset will be determined partially by market forces (supply and demand) but also partially by the performance of the underlying product. None of this is true for bitcoin and other pure cryptocurrencies, which have no underlying performance to back up their value. They are based on pure market principles.

And it shows in the pricing histories.

Prices in the stock market tend to have relatively low volatility. They trend toward stability. In fact, among the S&P 500, it took the Great Recession to push the average daily rate of change to 4 percent. Most years, mainstream stocks have a daily rate of change that hovers between 0.5 percent and 1.5 percent.

In terms of absolute pricing, consider the Dow Jones Average’s trend toward stability. While there are always variations to investing, once the stock market establishes a new baseline, it tends to operate around those parameters. This certainly can change (again, consider the Great Recession), but doing so is the exception to the rule.

Compare all of that to cryptocurrency prices, which can change by more than 20 percent in a single day. Even if we treat as an outlier the market crash of November 2017 – February 2018, the total market capitalization of cryptocurrency has fluctuated with a range of +/- 50 percent since the beginning of March.

From both a structural and pricing standpoint cryptocurrency doesn’t act like a stock investment. It has much higher volatility and tends to establish short-term trends rather than long-term baselines. Even individual cryptocurrencies behave this way. A completely unremarkable day of trading will see bitcoin’s final price fluctuate by anywhere from 1-3 percent with mid-day volatility ranges of 7 percent or more. The current Bitcoin Volatility Index has (at time of writing) a 30-day estimate of 2.55 percent and a 60-day estimate of 2.76 percent.

What Bitcoin does look like, on the other hand, is gold.

It should, because Bitcoin, like all pure cryptocurrencies, is a commodity.

A commodity represents one unit of a tangible asset such as pork, oil, or (yes) gold. Unlike a stock or a bond, it doesn’t matter who produces a commodity; an ounce of gold is fungible across all mines and marketplaces, as long as its nature and quality are consistent. A commodity has a limited, typically fixed, supply, because unlike a stock certificate, you can’t just type up another ton of lumber. Pricing is set almost entirely by supply and demand.

A commodity has no inherent returns to distort its market price. Its value is set entirely based on demand from purchasers.

This, in a nutshell, is bitcoin. In fact, bitcoin was specifically designed to emulate gold in the digital world. Its algorithm has fixed its quantity at a pre-determined rate, and it doesn’t throw off inherent value. No one who hodls indefinitely will see a dime from their bitcoin. Just like any commodity, you have to sell them to make money. The profit comes entirely from capital gains.

Bitcoin is a product whose pricing is driven almost entirely by supply and demand, and as a result, its pricing history looks far more like its spiritual forebearer.

Like all commodities, the price of bitcoin is based on supply and demand. Holders in the market aren’t stabilizing the price by waiting for dividends; they are simply waiting for greater final gains. This unpredictability is, in fact, why most commodities investors don’t actually purchase their products. Instead they invest in futures contracts, which are built specifically around predicting volatility. Gold is an outlier as a commodity that many investors choose to buy outright.

This volatility should inform a cryptocurrency investor’s approach to the market as well. By understanding what bitcoin and its progeny are (a zero-sum asset with a value derived entirely from market position) and what they are not (a revenue-generating asset dependent on third-party performance for value), crypto investors can make much smarter decisions with their money.

For more insights into the bitcoin market, subscribe to the Bitcoin Market Journal newsletter today!