In its short history, bitcoin has significantly crossed the level of $10,000 a total of five times. (Orange)

It has used this same level as a turning point (support and resistance) the same number of times. (Yellow)

On its 11th interaction with this level in three years, will it hold or will it break? 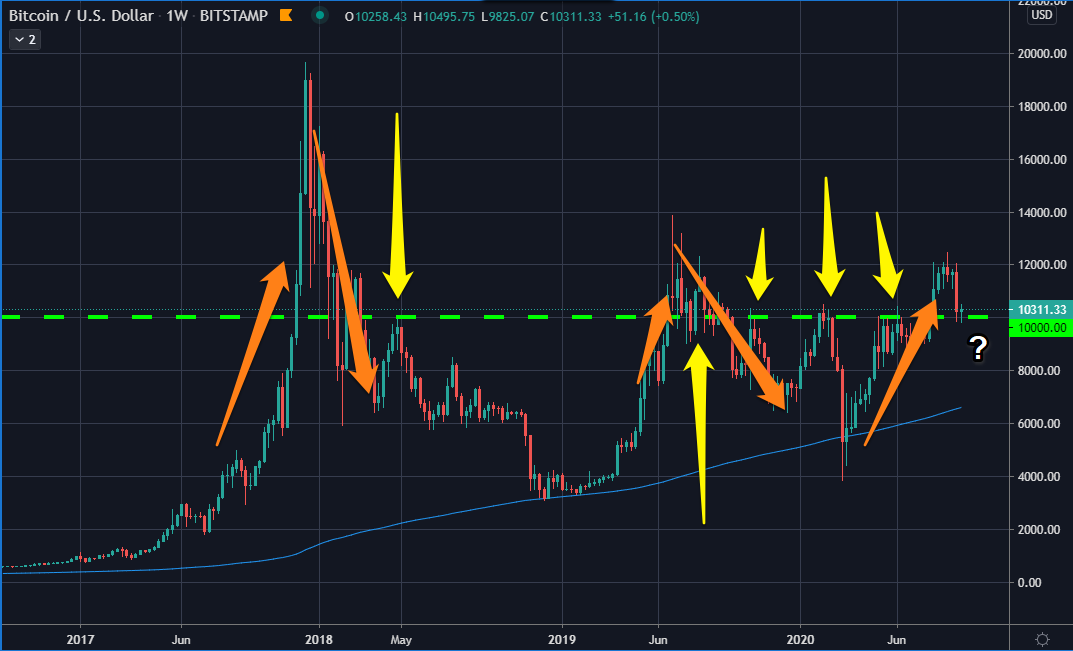 Bitcoin’s prices are determined by dozens of regulated and unregulated exchanges distributed across the globe 24 hours a day, seven days a week.

The CME gap is a myth. Whether the sheer sum of YouTubers talking about it will turn into a self-fulfilling prophecy is yet to be seen. Mati Greenspan Click to tweet

If you ask me, it doesn’t matter much. The line we really want to watch on the chart above is blue, not because it tells us the future, but because since its inception, the long-term average price is on an extremely steady incline.

So the levels below our dotted green line seem even more attractive to long-term holders.

On the other hand, should it hold this level and shoot straight for the moon, we could see another bubble, which tends to get lots of people rekt. So maintaining this steady incline would arguably be the more levelheaded course for a levelheaded asset.