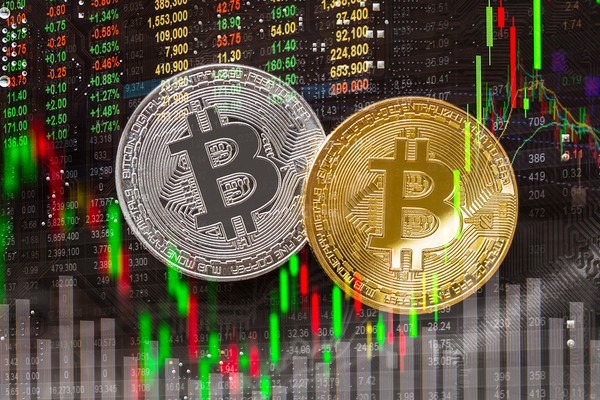 How are digital currencies like bitcoin correlated with traditional assets, such as stocks and bonds?

When stocks rise, does the price of bitcoin tend to rise or fall?

The consensus is that the correlation between bitcoin and stocks is weak.

“Historically, the correlation between the S&P 500 and bitcoin has been insignificant,” Blockforce Capital CEO Eric Ervin told Forbes in October.

Why Bitcoin’s Correlation to Stocks Matters

Bitcoin’s correlation to stocks (or lack thereof) may be one of its biggest selling points.

Wise investors generally try to diversify their portfolios to reduce risk. When one asset, such as stocks, falls, another type of asset, such as bonds, tends to rise or at least not fall as much. 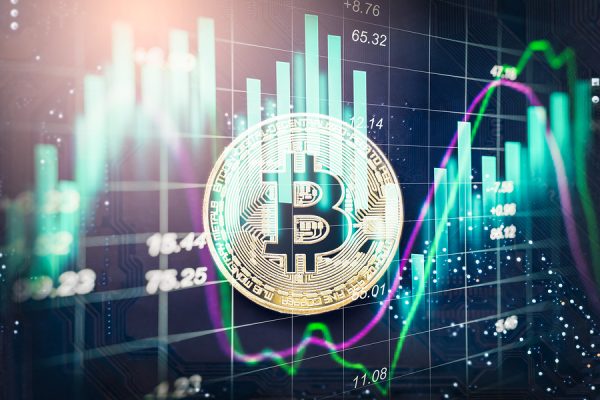 If bitcoin remains uncorrelated or negatively correlated with stocks, investors may decide to invest in bitcoin to reduce risk.

This increased demand could push up bitcoin’s price.

Was Bitcoin Correlated with Stocks in 2018?

How was bitcoin related to stocks in 2018? Was there a strong correlation? If so, was it negative or positive?

In February, DataTrek Research noted that the 90-day correlation between bitcoin and the S&P 500 had reached 0.33, the highest since January 2016. 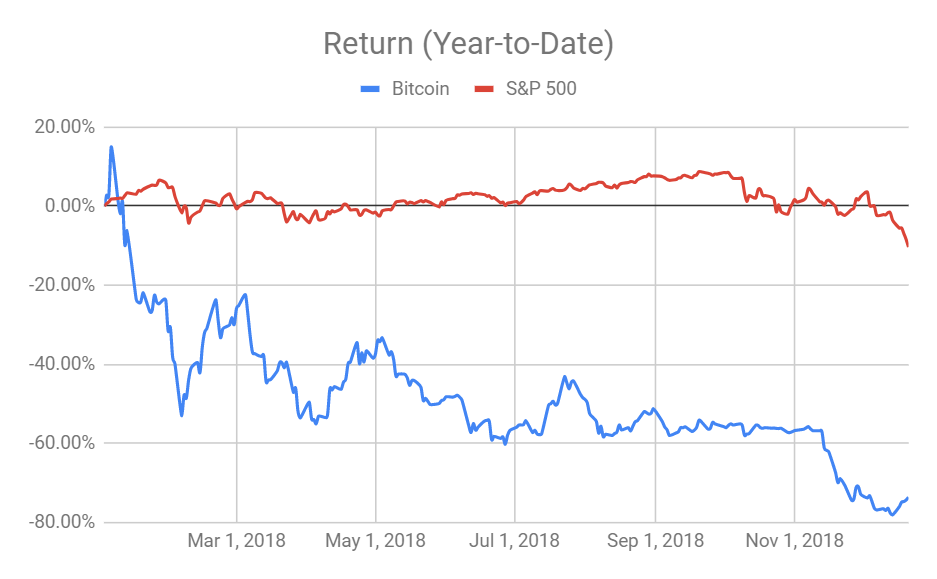 However, this relationship did not hold for the rest of the year. The chart above shows the returns for bitcoin and the S&P 500 stock index since January 2, 2018.

Bitcoin and stocks were positively correlated in the first and fourth quarters; both fell, although bitcoin fell a lot more.

In the second and third quarters, the two were negatively correlated; stocks rose while bitcoin fell. 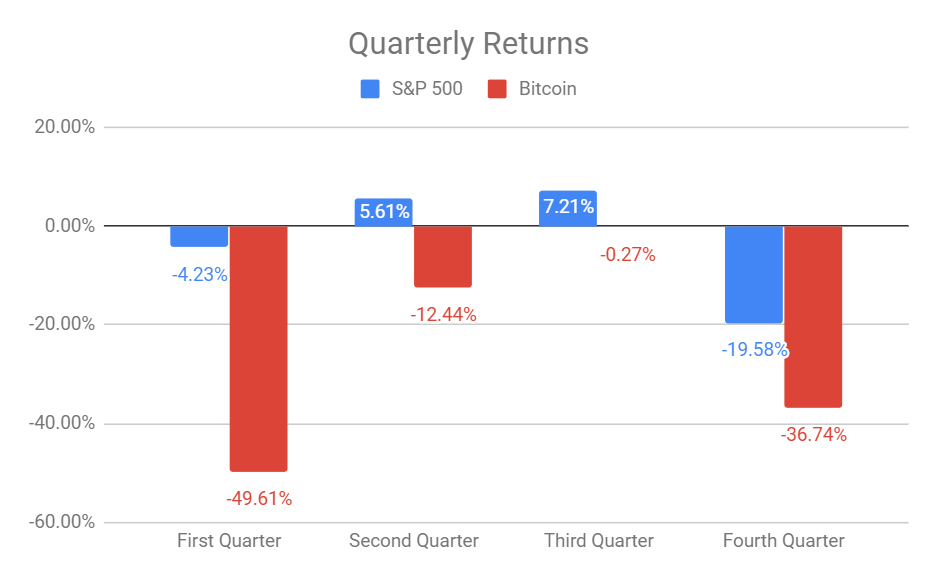 There was no clear relationship between bitcoin and stocks in 2018. Bitcoin’s correlation with stocks, 0.07, is very close to zero.

What will the relationship between bitcoin and stocks look like in 2019? Will Bitcoin remain uncorrelated with the stock market?

In recent weeks, bitcoin and stocks have moved in opposite directions. The S&P 500 is down 9.5 percent since December 13, while bitcoin is up 16.4 percent.

Furthermore, bitcoin might do well in a downturn. In October, a Fundstrat survey found that 72 percent of institutional investors think the price of bitcoin could rise during a recession.

Bitwise’s head of research, Matt Hougan, told Bloomberg in August that he expects the correlation between stocks and bitcoin to remain low.

If you want to learn more about investing in bitcoin, subscribe to the Bitcoin Market Journal newsletter today.