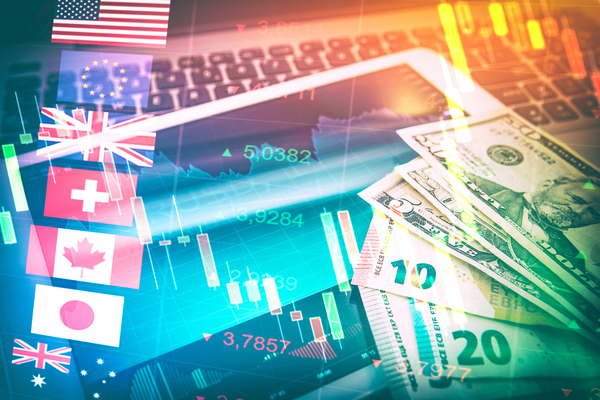 In a recent article, we looked at a race that has begun among communities eager to build the Silicon Valley of blockchain. (In fact, one Swiss canton has embraced this so fully that it has dubbed itself “Crypto Valley.”)

Looking at the range of cities and nations eager to attract blockchain investment, it is clear that this technology has become a global phenomenon. The United States, ordinarily the biggest player in emerging technology, is just one of many destinations for entrepreneurs eager to launch their next big project. Just about every country has a story about why theirs is the right mix of taxes, regulation, and capital to make a blockchain company work.

The question is… does it really matter?

There are two ways to consider this issue. The first is from a launch perspective. The second is from an operational perspective. In both cases location matters, but for very different reasons.

Blockchain firms operate on independence. They take the already location-free nature of an online business and amplify it with the decentralized model of blockchain’s underlying technology. As long as the power and internet connection remain strong, a blockchain firm can operate almost anywhere.

There’s far more, however, to running a business than simply keeping the lights on and the servers up.

For firms considering their long-term operational future, location matters enormously. A business of any kind will have constant interactions with government, legal, and financial systems, and the quality of those institutions matter to how well that business can function. When banks are unreliable or subject to cash shortages, for example, a blockchain firm may run into liquidity problems. When government regulators are unpredictable or corrupt, that firm may find itself spending a disproportionate amount of time and assets simply trying to comply with the law.

When the lawsuits come calling, something inevitable for any successful business, the blockchain firm will need a stable, predictable legal system in which to defend itself.

Right now blockchain exists in a state of excitement similar to the dot-com growth of the nineties and the early personal computing era of the 1980s. This is an industry looking for its place in the world and dizzy with possibilities. Eventually, that buzz will settle down. As blockchain matures, for better or for worse, the lawyers and the bankers will become just as important as the dreamers and the inventors.

Location, particularly national location, will make a big difference once it comes to hiring them. This may not be a concern right now, but many blockchain firms seem to be building for their business needs five years away.

Country of ICO Matters, Chiefly Because of Who Lives There

First, it is important to note that there is some unreliable data circulating on this issue. Readers should disregard articles which report that Russia is the global leader in ICO fundraising. These pieces, while not uncommon, contradict virtually all reliable
data and reporting on the subject. Russia is a significant jurisdiction for blockchain firms, but not even close to the largest.

What is consistently true is that entrepreneurs do launch more companies and raise more money in some countries than in others. Overwhelmingly, the world’s blockchain community is concentrated in North America, Europe, Australia, and certain parts of Asia. This is true both in the number of firms started and in funding raised. (Indeed, an analysis by Brave New Coin finds that nearly 40 percent of all blockchain startups are affiliated with the United States marketplace in some way.)

Just take a look at the top 10 nations for ICO capitalization, as ordered by Radicle Labs:

The theme here is that all are advanced nations, with access to both educated workers and high-income investors.

This is why the country of ICO matters so much, because ultimately access to talent and capital can make or break any startup company.

A new business, even one in an era of decentralized employment, needs to find highly skilled people to get it off the ground. This is easier in a developed economy than a developing one, due both to better educational systems and the financial infrastructure that can better support remote work. A firm in France can more easily hire coders than one in Nepal, for example, because the French schools produce a larger pool of high-skill workers while the country’s reputation and banking systems in make it easier to find, recruit, and pay someone from outside the country.

An ICO launched in the United States will have to comply with American securities regulation. As we have written about extensively, that will create costs in both time and expense for these companies. However, in return, they will get access to the U.S. capital market, the largest single source in the world for fundraising. China has infamously banned access to altcoins and ICO investments, despite also launching several initiatives to encourage blockchain development.

When the country rolls this prohibition back, it will almost certainly be under terms set by the Chinese government, terms with which locally based ICOs will more easily be able to comply. Firms have started up in places from which they can find and access capital, and that is not a coincidence.

In a $4 billion market, it is a matter of survival.

Globally speaking, location does correlate both with the number of ICOs and their funding. Countries in Europe, East Asia, and the United States overwhelmingly host the majority of these companies.

There is a causation behind this correlation. These jurisdictions offer some of the most stable operating environments from both a financial and a rule of law perspective, meaning that local firms have a more secure future ahead once they pass into their operational stage. More immediately, however, these jurisdictions simply offer access: to infrastructure, to talent, and to investment capital.

Want to understand this market better? Subscribe to the Bitcoin Market Journal newsletter for the latest news, analysis, and more.