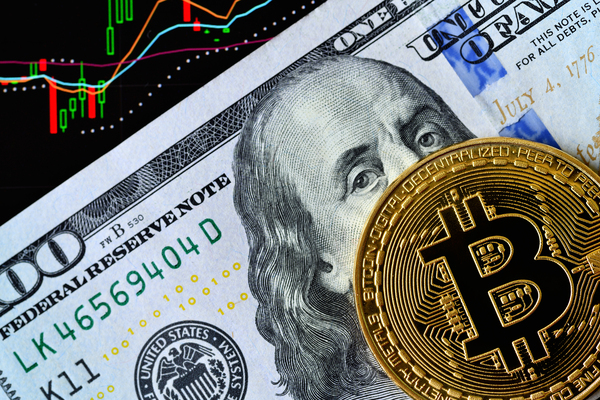 Since bitcoin became a worldwide phenomenon, a lot of bold predictions have been made about the future of cryptocurrencies. Some of them will not come true.

Cryptocurrencies might, however, become a critical new tool for banking. Here we can take seriously some of the more bold predictions made about this big, new technology.

Writing in the Harvard Business Review, professors Beatrice Weder di Mauro and Antonio Fatas argue that cryptocurrencies have the potential to create a de facto form of banking on their own. In part they write:

“The advantage of cryptocurrencies is not that they are electronic currencies; dollars, euros, yen, and yuan are all e-currencies today. Rather, the advantage is that blockchain technology offers a complete, self-contained alternative to the traditional payment transfer system; it is as if all bitcoin users are banking with the same bank. And because cryptocurrencies were not initially regulated, there was no need to go through any of the regulatory processes to get started as a cryptocurrency bank equivalent.”

For most people, except in the rare instances of applying for a personal loan, a bank chiefly serves as a depository and courier of value. Consumers use it to safely store assets, and then to retrieve those assets without having to physically carry all the money around with them. This happens through debit and credit cards, and, in the case of foreign travel, through currency conversions.

A more stable cryptocurrency environment could do… well, all of that.

Let’s assume for a moment that the bitcoin project could stabilize its currency’s prices down to a safe, predictable number. In that environment, consumers could buy $10,000 worth of bitcoin as a way of storing that money someplace safe. Whenever they wanted, they could sell those coins, effectively withdrawing that money back out of their digital, decentralized account. What’s more, they could do it in any currency, retrieving the equivalent value in euros, baht, or renminbi depending on their needs at the time.

The cryptocurrency wallet would fulfill all the functions of a bank account with none of the institutional requirements or costs.

That wallet would also come with none of the institutional protections, and therein lies both the problem and the opportunity. This system could only work in an era of historically unprecedented stability in cryptocurrency prices. To act as a depositor, a consumer would need some third party to offer the rock-solid faith that their $10,000 would not drop by half or double in price. The coin would need to be a utility, with neither risk nor speculation involved.

The wallet would also come with no insurance or FDIC protections, no oversight by the Consumer Financial Protection Bureau and no lending capacity. That last is, as anyone who has watched George Bailey’s famous speech will know, a deeply understated and absolutely essential part of the banking system.

All of this is why banks will eventually want to adopt this tool for themselves.

What About Bank-Owned Cryptocurrencies?

Major banks such as Deutsche Bank, Barclay’s and more have already begun exploring relationships with cryptocurrency. Some of these, like Goldman Sachs’ much-vaunted operation, are simple trading desks, often allowing nothing more than options contracts rather than actual tokens themselves.

Other banks have begun building back-end infrastructure based on blockchain and public ledger technology. Many of the more obscure parts of finance, such as clearing and settlement or trading loans, have the potential for substantial gains in efficiency thanks to a more secure, distributed system.

Yet few (if any) have begun exploring the idea of a dedicated, native cryptocurrency. At the risk of making a prediction, that may change.

A bank-run cryptocurrency would gain all the advantages of “banking” with decentralized currencies like bitcoin. From the consumer’s perspective, little would change. They would deposit their money and withdraw it when necessary. Technically, instead of storing assets in an account, the consumer would purchase a specific quantity of bank currency, but that would happen behind the scenes, out of sight and interest of the average depositor.

For the bank itself, however, this could significantly improve efficiency. As an institution capable of guaranteeing the stable price of its cryptocurrency, the bank could use its tokens as a stand-in for depositor accounts. It could move money with ease, taking advantage of the fungible nature of a currency to swap assets among branches or even countries without having to worry about the specific holdings of any given institution.

Without having to worry about moving actual currency, a bank could rebuild its back end around wholly internal assets. If a New York customer wanted to withdraw $2,000 in Berlin, the bank could simply shift the appropriate number of tokens to its Berlin branch and sell them off in euros. If a rural customer wanted to access the bank, he or she could do so entirely online, with digital banking facilitated by a back-end redesigned around entirely digital assets. If a new bank wanted to start up, it could find a third party to help insure its token price, reducing or eliminating the need for initial assets.

The benefits could follow the consumer around the country and around the world.

The truth is, no one will likely abandon their dollars for bitcoin or proprietary bank tokens. Modern currency works well as a medium of trade. It is stable, widely accepted, and has transitioned well to the digital age. When it comes to the money with which we buy things, there just isn’t a problem in need of solving.

Under the hood, however, things are quite different. Transforming dollars held into internally universal digital assets could create substantial efficiencies for banks, creating an easier, less expensive way of doing business. The upshot is that there’s a good chance you’ll start to see the word “tokens” show up in the fine print of your bank’s customer account contracts.

Want to keep up with the conversation about the future of blockchain? Subscribe to the Bitcoin Market Journal newsletter!