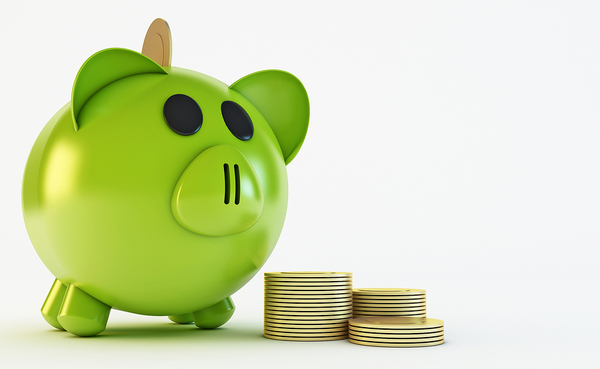 “It’s very hard today to be a small-cap company in the US public markets … You could, in theory, go public but you would essentially be orphaned.”

The ability of a small company with unproven tech to convince major investors and banks to take a risk on them once seemed highly unlikely. That, however, has changed with the invention of the initial coin offering (ICO).

The initial coin offering allows tech companies to quickly put up a small cap initial public offering without the regulatory requirements, financial requirements, or legal diligence a traditional IPO requires. A company, in a matter of minutes, can raise tens of millions dollars. This liquidity has made ICOs attractive investment vehicles.

All of this, however, begs the question, “how safe are ICOs?” Is it too early to be investing in them? Are they strong long-term investments? Can an investor count on these instruments to still be around tomorrow?

What is an ICO?

To answer these questions, one must understand what an ICO is. An Initial Coin Offering (ICO) is a crowdfunding event to raise money for a new cryptocurrency asset, company, or venture. In plain English, it’s like a cross between a crowdfunding campaign (like Kickstarter) and a traditional Initial Public Offering, where shares of a company are made available to the investing public for the first time.

The difference is that (unlike crowdfunding) you don’t necessarily get a free T-shirt for donating, and (unlike an IPO) you don’t necessarily own shares of the company. Rather, you own “tokens” that can be traded on exchanges, like a stock, and whose value will rise or fall depending on the success of the venture.

ICOs are much easier for startups, as they avoid the regulatory pressures of creating a traditional Initial Public Offering, or seeking traditional venture capital. They also allow for large sums of capital to be raised in a relatively short amount of time — sometimes in just a few minutes.

ICOs are easier for investors, as your ICO tokens or “coins” can be held to receive profit distributions (similar to dividends), or can be sold on the ICO market (similar to stocks), at exchanges like Poloniex or Kraken.

Because ICOs are currently unregulated, they hold both great risks and great rewards for investors. We’re in the Gold Rush days of cryptocurrency, where great fortunes can be made overnight — and lost just as quickly, by unscrupulous or incompetent founders. Never invest more in an ICO than you are willing to lose! [For more information, see our Beginner’s Guide to ICOs.]

Understanding the Veil of Secrecy

One of the biggest assets ICOs offer, the lack of regulatory involvements, is also its biggest hindrance. Since there are no legal reporting requirements, there are no requirements for ICOs to faithfully report problems or losses to investors, to present a vetted or complete prospectus, or to do anything at all once the crowdsale concludes.

The altcoin community argues that this risk is mitigated by the peer review of ICOs that happens in various forums and chatrooms. This, however, requires due diligence and a certain level of practical understanding on the investor’s part. Sadly, it has been demonstrated that positive hype for an ICO can be bought. To partially mitigate this significant risk, an investor must be regularly plugged into Twitter, Reddit, and various altcoin forums.

This does not mean that ICOs will be unregulated forever; it only means that ICO regulation is still pending. A number of jurisdictions, including the United States, are considering legislation that will make ICOs subject to similar reporting requirements as IPOs.

Caution as the Better Part of Valor

While the high return on investment for ICOs is attractive, the instrument may be too young for an investor to know how stable it is. Most ICOs have not launched publicly, with many unlikely to launch publicly at all.

Given the risk involved, ICOs may not offer any significant advantage from an investment point of view. Ricky Tan on his Medium blog conducted an experiment. In May 2017, he calculated that a $1 investment in the top 28 ICOs currently on sale post-crowdsale would yield a 9X ROI, compared to the 2X ROI of bitcoin. However, investing all $28 in Ethereum would yield an 11x ROI.

Any investment must be considered carefully. However, it may still be too early to consider ICOs as a viable investment option. The blockchain is an amazing concept that will revolutionize how data is treated, and just like any revolutionary idea, the drive to capitalize on it has been fervent. If the ICO is a project in which you personally believe and if you can absorb the potential loss, then you may decide to invest in the ICO.

ICOs cannot be considered a “safe investment,” but rather a high-risk investment with the potential for high returns. Caution must be exercised to prevent being blinded by the lure of big returns and potentially falling off the investment cliff. The smart way to invest is to never invest more than you are willing to lose.

Be informed on what you need to know to be a better investor. Click here to subscribe to Bitcoin Market Journal.