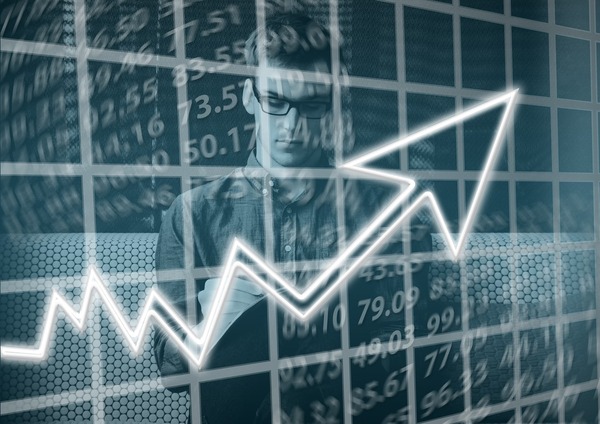 Initial coin offerings (ICOs) are a new form of funding for blockchain startups that has raised eyebrows this year when several startups were able to raise millions within hours by issuing their own digital tokens to investors.

What Are Initial Coin Offering (ICOs)?

An initial coin offering (ICO), also known as initial public coin offering, initial token offering, crowdsale or token sale, is an innovative new way for startups to raise capital. During an initial coin offering, blockchain startups or cryptocurrency projects run a crowdfunding campaign where early investors of the project receive a new digital token whose value is linked to the project’s performance. ICOs generally run for a 30-day period and investors usually purchase the new token using bitcoin or other established digital currencies.

In that sense, an ICO functions somewhat similarly to an IPO (initial public offering) as the issuing company creates a new digital token that will trade in on exchanges and has its value linked to the performance of the startup.

However, the key difference between a company issuing stock and conducting an ICO is that the digital token issued is only indirectly linked to the company’s future performance, as it is not a legal share in the company. ICO investors, therefore, have no legal claim on the company’s assets in the case of liquidation.

Furthermore, the ICO market is currently still entirely unregulated. That means that no due diligence is being conducted on behalf of financial regulators; any company can issue a new digital token. This creates a scenario that is very beneficial to startups who are looking to fund new projects, as there are little to no barriers to entry to raise funds through an ICO.

However, it also creates substantial risks for investors, which will be discussed in a later section of this guide.

How Do You Invest in ICOs?

Generally speaking, the more hype around the startup’s product or service, the more likely it will be for the ICO to gather a lot of demand, which usually translates to a strong performance of the new digital token after it starts trading.

Once you have selected the ICOs in which you are most interested, go through each project’s ICO page to find out details about the company. Preferably, you also want to read the project’s white paper, which will detail what the raised funds will be used for and what the startup has planned in order to make their product or service a reality. At this stage, it is crucial to conduct thorough due diligence on the company or project that conducting an ICO.

Important questions to ask yourself before investing in an ICO include:

Once you have found an ICO in which you want to invest, you can do so by signing up at the project’s crowdsale page directly or, in some cases, you sign up on platforms such as TokenMarket, which conduct the crowdsales for issuing companies.

Then, you simply send the USD equivalent amount you want to invest in bitcoin to your ICO wallet address. Some ICOs will also accept wire transfers in USD or payments in other digital currencies such as Ethereum’s ether.

What Are the Risks and Rewards of ICO Investing?

Investing in initial coin offerings is a high risk/high reward endeavor. That means that while it is possible to generate exuberant returns within only a few months, you also run the risk of losing all of your investment capital. Never invest more in ICOs than you are willing to lose!

Some of the best performing ICOs managed to increase the value of their tokens 10-fold and more. These sort of returns are rarely seen in the stock market and are effectively non-existent in the bond markets, which is why ICOs have gained such popularity in recent months.

For example, the ICO of the digital currency investment management platform Iconomi raised over five million dollars in September 2016 and issued its ICN token at a price of around $0.13. On May 26th, the ICN token was trading at over $1.40, which marks a return on investment of almost 1000 percent within nine months.

Another example of a successful ICO was the ICO of Ethereum. The Ethereum foundation ran a crowdsale to fund its smart contract platform in the summer of 2014, where it issued 60 million ether tokens to early backers. The issue price of ether was around $0.30 per token. Today Ethereum’s ether is trading at over $200.

As you can see, the potential returns from investing in an ICO can be massive, which is the primary reason for the current boom in ICOs.

However, the high expected return of investing in ICOs also comes with a substantial amount of risk, including the risk of losing your entire invested capital.

When it comes to investing in ICOs, there are several key risks of which to be aware. They come in the form of operational risk, the risk of fraud, market risk, and regulatory risk.

Operational Risk: Investing in ICOs is not as easy as buying bitcoin. You have to deal with different platforms that all function in a slightly different way. This creates the operational risk of accidentally sending funds to a wrong address or forgetting your password or authentication codes. Also, the platform itself can have unforeseen technical issues. This can easily lead to a loss of your entire investing capital.

Fraud Risk: An unfortunate aspect of the ICO market is that there have been numerous incidents of ICO scams. Fraudulent ICOs usually come in the form of an impressive looking crowdsale page with a compelling story of a fictitious project for which scammers are raising funds.

Once investors send funds to the project’s bitcoin address, the scammers disappear with the funds when their fictitious crowdsale has ended. Hence, it is smart to conduct thorough research before investing in an ICO and to look for any possible red flags that could indicate fraudulent activities.

Market Risk: Another risk is that the developers are simply not able to pull off the project for which they are raising funds. Should a project in which you invest fail, its new token will underperform and you will lose the majority of your invested capital. This would be referred to as market risk and is not much different than when you invest in a publicly traded company’s stock.

Regulatory Risk: Finally, there is a regulatory risk that could adversely affect your ICO investments. For example, should financial regulators put a stop to initial coin offerings and decide to ban them as a new form of capital raising, then the value of your token could most likely drop significantly and the entire ICO market could collapse.

As you can see, initial coin offerings are a high risk/high return game. So what’s the bottom line? Never invest more than you can afford to lose.

If you want to be notified on new ICO investment opportunities, subscribe to Bitcoin Market Journal.