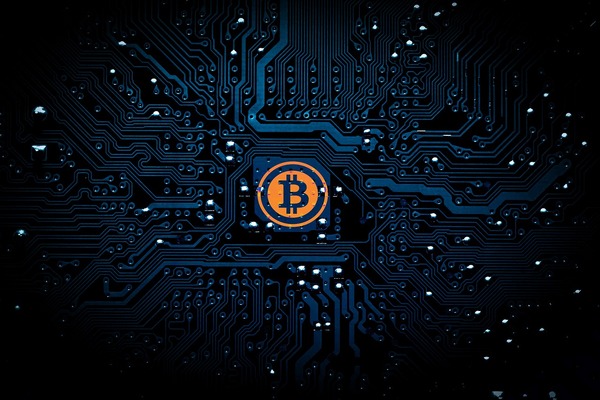 When you first heard about the digital currency bitcoin, you probably also heard of its underlying technology called the blockchain. If you struggled to fully understand the blockchain, there is no need to despair. In this brief guide, you will learn about what the blockchain is and how it enables bitcoin transactions to be processed in a fast and secure manner.

How Does the Blockchain Work?

The blockchain is a global digital ledger that publicly and chronologically records all bitcoin transactions. This ledger is held and updated by all blockchain participants who use their computing power to maintain the network in real-time. This is why the blockchain is referred to as being a decentralized peer-to-peer network.

In simple terms, the blockchain effectively acts like a traditional accounting ledger that contains lines that list credits and debits. On traditional accounting ledgers, each credit and debit are linked to a company or an individual’s name. On the bitcoin blockchain, however, each transaction is linked to two bitcoin wallet addresses but never to the names of the two parties transacting. This is why bitcoin transactions are considered to be  somewhat anonymous.

For example, person A sends $100 worth of bitcoin to person B. To confirm the transaction and to prevent double spending, participants in the peer-to-peer network run complex algorithms that solve an equation that is needed to validate transactions. Once the transaction has been validated and confirmed, person A’s wallet is credited and person B’s is debited. The new credits and debits are then reflected and publicly viewable on the blockchain.

Since the blockchain is a decentralized peer-to-peer network that uses cryptography and algorithms to prevent double spending, there is no need for an intermediary such as a bank to process bitcoin transactions in a secure and timely manner. The general public’s distrust of banks and other financial institutions after the Global Financial Crisis in 2008 is, in fact, one of the key reasons why bitcoin has experienced such strong adoption as a new alternative currency. Since bitcoin does not require a financial intermediary to function, it empowers you to “be your own bank”, as bitcoin’s popular slogan states.

But is the Blockchain Secure?

With the steep rise in cybercrime that we have witnessed in recent months, you may be wondering whether the blockchain is secure. Since the bitcoin blockchain’s inception in 2009, it has never been successfully hacked, nor has it ever gone down. This is due to the blockchain’s distributed nature, which does not allow it to have one single point of vulnerability that can be exploited. Furthermore, the blockchain uses cryptography to process transactions, which adds another layer of safety to the network.

If you have enjoyed this explanation of the blockchain and you want to know more about the interesting world of bitcoin, subscribe to Bitcoin Market Journal today!