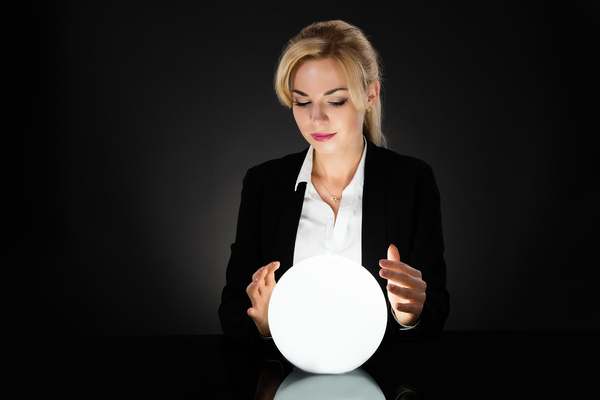 One of the key buzzwords that is often talked about in the blockchain and cryptocurrency space is “smart contracts”. These digitized contracts are the main talking point of the Ethereum network, and the basic idea is to allow for complex types of transactions that only execute if specific conditions are met. For example, Alice has to pay Bob one bitcoin if Real Madrid beat Liverpool in the Champions League Final this weekend.

One key component of many smart contracts is the concept of an oracle. An oracle is a source of real-world data that can be used in a smart contract. This data could be anything from the final score of the Super Bowl to the current price of bitcoin in US dollars.

Going back to the Champions League Final example, the oracle is the one who tells the smart contract whether Real Madrid defeated Liverpool.

Oracles are extremely useful in the world of smart contracts because they allow individuals to place bets in a low-trust environment on a cryptocurrency network. This enables anyone in the world (think those in underdeveloped countries who lack access to the traditional financial system) to hold the value of any asset with security guarantees that are similar to that of bitcoin. We partially discussed this concept last week in terms of smart contracts that allow users to peg their bitcoin to stable fiat currencies (See The Big Picture post from last week about stablecoins).

Although oracles and smart contracts sound complex, the reality is these aspects of cryptocurrency networks are relatively easy to understand. Let’s go back to Alice and Bob’s bet on the Champions League Final to better understand how oracles work.

To initiate their bet, Alice and Bob would first send an equal amount of bitcoin to a 2-of-3 multisig address controlled by the two of them and a third party (the oracle). Once the Champions League Final was over, the oracle and the winner of the bet would sign a transaction sending the balance of the multisig address to the party who had bet on the winning team.

It should be noted that this is an extremely simplified example for the purpose of better understanding oracles and smart contracts. For example, both sides of the bet could receive some portion of the bitcoin held in the multisig address if the price of some real-world asset were being tracked (rather than one party winning the entirety of the funds). This is how some stablecoins work.

Additionally, this simple example uses a single oracle; however, there are ways to limit the amount of trust involved in the process. Projects working in this area include Bitcoin Hivemind, Augur, and Tadge Dryja’s discrete log contracts.

What Bitcoin Investors Need to Know

Oracle-based smart contracts have the potential to enable an entirely new financial system in which anyone in the world is able to speculate on the price of any asset without asking for permission. Abra has already hinted that they’re moving in this direction by offering the ability to hold assets other than currencies in a future release of their bitcoin and Litecoin-powered app.

Going forward, investors should keep an eye on the platform that has the best chance of creating this new financial order. While there are a variety of projects working in this space, it’s important to remember that the underlying asset used for these smart contracts must be liquid and stable enough to act as the basis for the system. The less volatility found in a crypto asset, the more suitable it is for the creation of derivatives.