A new token known by the ticker COMP has once again captured the imagination of an entire wave of crypto trading tinkerers, as it rose 160% over the weekend before retracing back. What does this new coin do?

Well, it’s complicated. This video from crypto YouTuber Boxmining does a pretty good job explaining it. …

Since I’m guessing that you haven’t invested the 17 minutes, compound allows users to lend their cryptoassets to the platform, only to borrow other cryptoassets using the coins they’ve lent as collateral.

As you might think, the rewards for lending are usually a lot smaller than the price for borrowing, so each trade generally results in a loss, but that doesn’t matter, because the user is rewarded with COMP tokens for every transaction they make.

As it seems, most people are lending USDC and borrowing USDT, two stable coins pegged to the U.S. dollar. What’s more, many users are then taking the USDT that they’ve borrowed, converting it to USDC, and then lending it back to the platform in order to earn even more COMP, which might explain why the system’s smart contracts now have $600 million in them. 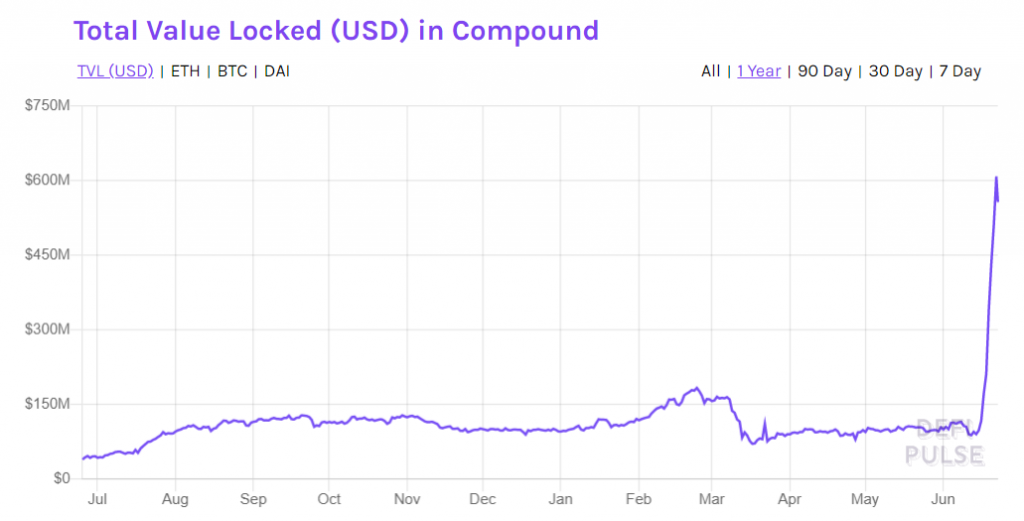 As we’ve stated before, everything happening in the world of DeFi right now is both very exciting and highly experimental. As new economic models are being tested, many, if not most, of the new projects will fail. Yet, the idea is that we can take some level of control and power back from the traditional banking system.

The difference is that when a bank lends money, it takes a risk in order to create value. In COMP’s case, the risk is completely on the user, and there is absolutely no value being created.

If you did skip the Boxmining video, then you also didn’t have a chance to hear the heavy disclaimers inserted there. He does an excellent job of explaining how COMP’s model is likely to lead to mass liquidations. Further, I couldn’t agree more with title of the video, “Ridiculous DeFi.”

Today, traders on Wall Street are celebrating the second phase of reopening the New York economy. Outdoor restaurants are once again allowed to open their doors to eager customers, and it seems they have a very large appetite.

This is certainly an excellent reason to celebrate, and the stock market is seeing a huge rally today, as traders are in a buying mood. The narrative that the economy is about to snap back like a rubber band is once again gaining traction.

The currency market seems to agree, as we can see risk-related currencies are gaining the most right now and safe-haven currencies like the USD, JPY, and CHF are lagging behind.

Bonds are also rising today, which might usually indicate a flight to safety, but given the atmosphere today, it would be easily explicable as an eagerness to put cash to work, especially given all the new liquidity provided by the Fed.

Even gold can now be seen in this light. Usually, a contiguous breakout to a new decade high would be a sign of fear in the market, but today, it just seems like investors are buying everything they can while casually preparing for an eventual blowback from this Fed-induced craziness at some point in the future. 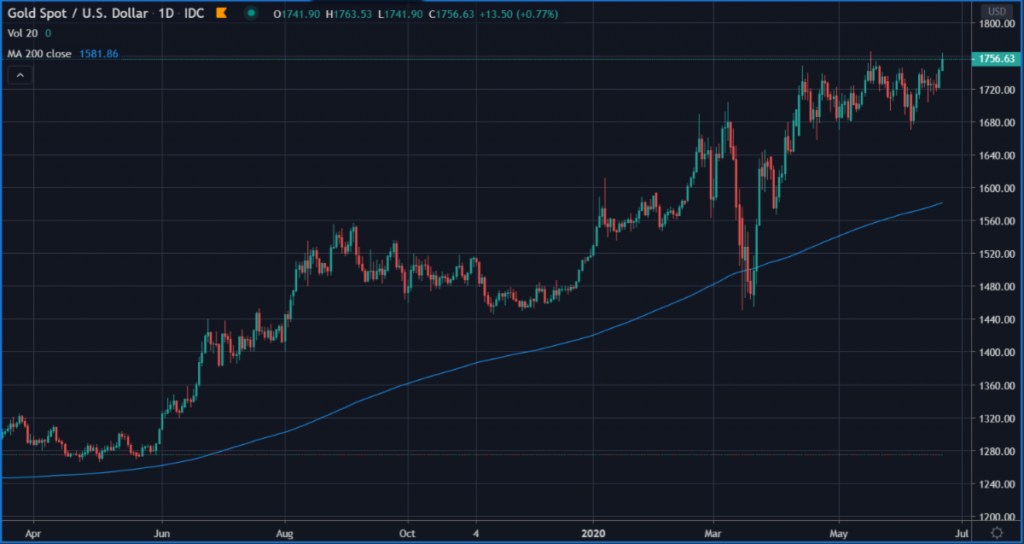 The atmosphere in the digital-asset market is much the same today, perhaps spurred on by some breaking news that PayPal and Venmo are looking to begin selling cryptoassets directly to their customers. 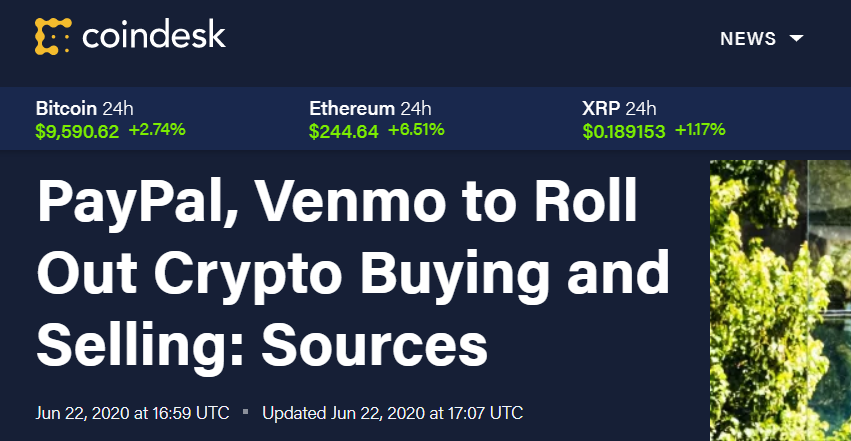 The above article from CoinDesk seems to be the original source of this story, and so far, the story has not been covered elsewhere else I can find. Therefore, we look to the source quoted in the story only to find … nothing substantial.

In the story, they quote two unnamed sources, one who is introduced as “a well-placed industry source” and the other described simply as “a second source.” Further, PayPal actively declined to comment on the story.

Given that CoinDesk is probably the most reputable news source in this industry, I’d say there’s a fair shot that they may be right, but even the biggest publications often get it wrong when basing stories on unnamed sources. So, I’ll believe it when I see it.

Still, the headline itself is more than enough to add fuel to this massive risk-on rally. So in the words of Louis Jordan. … Let the Good Times Roll.