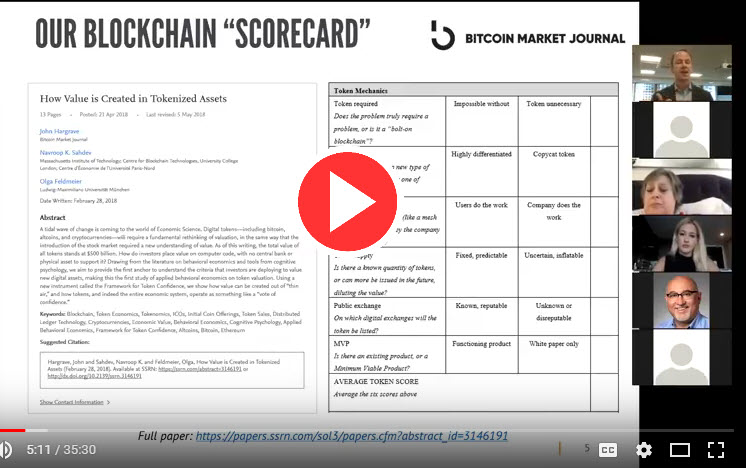 Strip away all the hype, and it still makes for the kind of eye-popping we haven’t seen since Jim Carrey sent his CGI peepers sproinging out of his green head in “The Mask.”

We’re referring to the sheer number of Initial Coin Offerings reaching the market and the amount of money being invested in them.

As an investor, it’s the best of times, but it could also be the biggest of bummers. For the most part, ICOs are still startups. While they’re new and supposedly more transparent, they’re still new ventures, and we haven’t seen anything to suggest they won’t be subject to the same dismal statistic that has long prevailed in the startup space: ninety percent will fail.

They are, however, very different from conventional startups because most are basing their business models on issuing their own tokens, coins, or digital currencies; they’re appealing to a broad borderless cohort of investors; and they’re embracing disclosure practices and conventions that make them readily comparable to each other.

The result is that they also demand a far different way of being analyzed and evaluated.

That’s where Bitcoin Market Journal comes in. As you can see from this paper, we’ve adopted a time-tested, highly rigorous scorecard approach to evaluating ICOs.

Our approach is no better explained than in this video featuring BMJ Publisher John Hargrave and Senior Analyst Jessica Ridella. In it, they dissect each of the five major criteria we assert in scoring an ICO  on a five-point scale. They also expound on each of the many sub-criteria that go into each of the five.

Best of all, we’re making the scorecard available to you to download as a PDF for FREE so you can use your own critical thinking skills in determining whether you want to invest in an ICO.