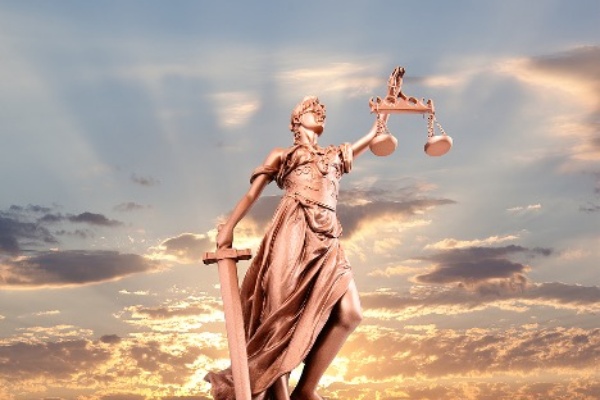 A stablecoin is a digital asset that always holds its value, typically against the US dollar. They are useful for cryptocurrency investors and traders who want to hold or “park” money between investments, instead of trading back and forth between paper money and digital money. Think of them like a “crypto cash account.”

If stablecoins are designed to be stable — to always be worth $1.00 — you can’t make money with them. (In fact, you’ll slowly lose money to inflation, just like holding cash.) But they are extremely useful, because stablecoins allow you to hold value without switching back and forth between regular money and digital money. 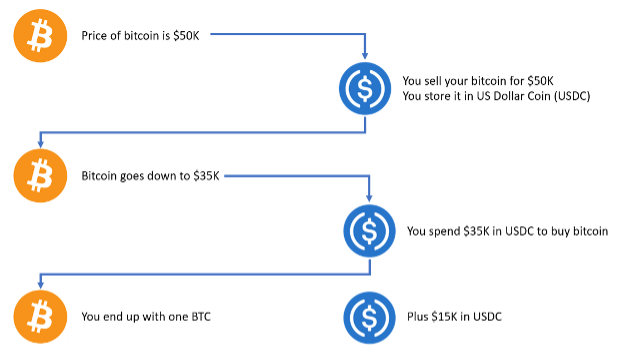 Compare this with the traditional financial system:

Stablecoins are like a “safe haven” or a “store of value” — as compared to digital assets like bitcoin, which have roller coaster price swings.

This is exactly how traders and using stablecoins today. And the demand for these stablecoins is insane, because these markets are still so young and inefficient that the traders have figured out a hundred ways to make money in them. But they all require stablecoins.

This is why DeFi markets are able to pay out such high interest rates: your bank can only offer you less than 1% interest on a savings account, but DeFi markets will pay you 3.5% to use your money — and sometimes much more.

In other words, we now have two systems of money. We talk about these in different ways:

Stablecoins act as a “bridge” between these two worlds: the traditional economy and the digital economy. They’re like a translation layer.

These are all similar ideas: they’re different ways of sending and storing value, of converting traditional dollars into digital wealth.

But here’s the most important thing about these examples: they all play nice with the government.

The Government Response: Stablecoins are Stable

Now, stablecoins are even stabler.

The Office of the Comptroller of the Currency, the division of the U.S. Treasury that’s responsible for ensuring a safe banking system, recently issued a letter to banks on how to think about blockchain-based stablecoins.

In a nutshell: They recommend that banks think about stablecoins like any other kind of stored value, like debit cards, checks, or electronic transfers. Stablecoins are simply a new kind of payment technology, and banks have always adopted “new ways of conducting the very old business of banking.”

The letter goes further, by indicating that banks can serve as a node on a blockchain.* This opens the door for banks to not just hold stablecoins, but to become full nodes: to invest in all the hardware and software needed to create electronic “vaults” to hold vast sums of stablecoin wealth. (Maybe they’ll even start mining bitcoin!)

Then the letter goes even further, by saying that banks might issue stablecoins themselves. With this statement, the door is open for banks to essentially mint their own blockchain-based tokens. (J.P. Morgan, of course, is already doing it.)

This is all written as an “interpretive letter,” not law. It’s meant as guidance for how banks might think about this new world of blockchain investing. But the guidance is good.

It tells us stablecoins are just another way of sharing monetary value. But the letter mentions one more important use case: stablecoins serve as on-ramps and off-ramps to the digital economy. They serve as a way to transfer wealth between the “stock market” and the “block market.”

How to Get Along with Government

Governments need to control the money, because money controls everything else. Jobs, trade, military, infrastructure, you name it: they all require a national currency that’s strong and healthy.

When new forms of value arise, new world powers can arise. It can radically shift the balance of power: from the rise of banking in the early Roman Empire, to the rise of Dutch merchant banks in the 17th century, to the post-WWII rise of the US dollar as the world’s reserve currency.

Witness Facebook’s attempt to launch their own digital currency: since the company reaches a third of the planet, this would turn Facebook into a sovereign power overnight. (Governments reacted swiftly and strongly – so Facebook’s current plan is simply to launch a new stablecoin.)

What we’ve learned is that creating “new money” is a real problem for governments, especially if that new money gets used by a lot of people. But using the traditional money supply in new ways is OK. That’s the real takeaway from the OCC letter.

I will leave you with a question to ponder. Bitcoin has created a huge amount of wealth: $700 billion as I write this. Many institutional investors are now buying bitcoin, calling it “digital gold.” Since perception creates reality, imagine the price of bitcoin keeps going up, until it equals the supply of actual gold (we’ll call it $7.5 trillion).

All things being equal, that means the price of bitcoin would be about 10x where it is now. It also means that the balance of the world’s wealth could radically shift. (The Winklevoss Twins might be able to buy a small country.) As the wealth shifts, so will the balance of power.

I hope that the new bitcoin billionaires will help create a world that is “greener, smarter, and fairer.” In other words, focusing on the good of the whole – not just a privileged few.

This may sound utopian, but Utopia’s a pretty good place to live. (Good school systems.) I look at the huge sums of money given by the Rockefeller family, and more recently Bill and Melinda Gates: these funds have been used to eradicate disease, improve education, and relieve poverty. They have improved the world.

Like the bitcoin billionaires, these people made their money in new markets, then used it for huge public moonshots to do things that governments can’t (or won’t), like eradicating malaria, developing new farming technology, or getting birth control to women in developing nations.

Increasingly, our problems are global.

It can help fix these global problems, if we put it to use the right way: solving problems that affect the planet as a whole like climate, healthcare, and education.

It’s literally what the world wants.

* The OCC uses the term Independent Node Verification Network, or INVN, instead of the more user-friendly “blockchain.”