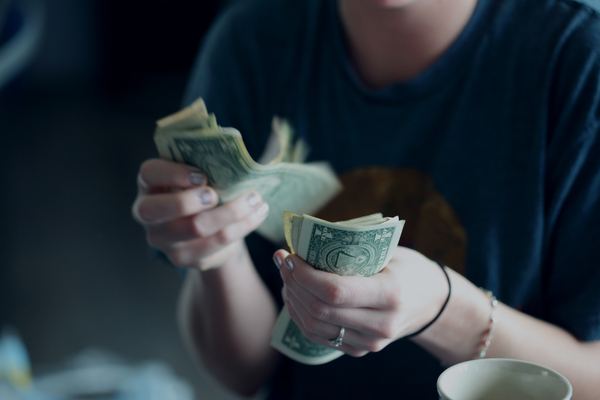 Wouldn’t it be great if you could earn some money outside your regular gig or business without putting a lot of effort into it? There are a variety of ways to earn passive income from digital assets like bitcoin. Here are some of the most popular ways to earn money from cryptocurrency.

By far, the easiest way you can earn some extra money is by investing in digital assets like bitcoin or altcoins (Ether, Ripple, Binance Coin, etc.) and just hold (hodl) them. As the digital assets market is still in its nascent stages, it’s inherently prone to price swings. This is an opportunity, if utilized properly, that could potentially even double your investment within a relatively short time frame.

While this sounds extremely promising, please note that since that time, bitcoin has depreciated by as much as 15 percent and is currently trading at ~$10,000 as of July 31st, 2019. Thus, while hodling is generally considered one of the best investment strategies for bitcoin, it is by no means a sure bet in any specific given timeframe. Wise investors keep an eye on the market and use due diligence when choosing when, what,  and how to hodl.

Instead of buying digital assets like bitcoin, you might choose to mine them instead. Unlike the physical mining process of acquiring minerals and metals from the ground, crypto mining is the process of verifying transactions and adding them on to the blockchain. Miners get rewarded in crypto for providing computational power.

The caveat here is that setting up crypto mining rigs requires some capital, which can range from a few hundred to a few thousand dollars. Here’s a good approximation of how much it’ll cost to set up a mining rig.

The Lightning Network is a layer-2 payment protocol on top of blockchain networks like that of bitcoin. The primary purpose is to create a payments channel between two participants which can help address the problems of scalability, fees, and time plaguing current crypto blockchain networks. During Q1 2019, the number of operational lightning nodes grew by as much as 77 percent to 7,800 by the end of the quarter.

To earn a passive income from this, you can set up a lighting node. When you do this, the ‘channel’ established enables users to send virtual currencies like bitcoin to each other and you get paid transaction fees for processing and enabling this transaction. How much can you expect to earn? According to a research report by Bitmex, you could potentially earn as much as 2.75 percent returns.

Digital asset lending or coin lending is a completely passive way to earn returns on the digital assets you already own. In essence, it works similarly to the way traditional lenders like banks pay you interest for depositing money in your savings account.

You can lend the digital assets you own to platforms like Celsius, Compound.Finance, and DharmaLever and they pay you interest for it. How much could you earn? It depends on the asset you’re lending. Generally, stablecoins rake in higher interest rates.

Platforms like Celsius are custodial service providers, meaning they take charge of your assets and you’ll have to trust them with it. Platforms like Compound and Dharma are decentralized platforms. Even some exchanges like Bitfinex and Bitrue provide coin lending services. Note that when compared to the other ways you can earn a passive income, this is arguably the least risky way to go about it.

A masternode is a full node computer which serves the purpose of keeping a real-time copy of the entire blockchain running on a proof-of-work system. It is a collateral-based system which incentivizes node operators to carry out operations fundamental for running a blockchain (like consensus functions).

Staking is the core principle behind the proof of stake (POS) algorithm. Quite simply, miners with a POS protocol are incentivized to stake their holdings to validate transactions by earning interest on the assets they stake. A key advantage of staking is that there is no requirement of mining hardware. Instead, a digital wallet could suffice. For example, Dash and NEO are both digital assets with which to stake coins.

In airdrop events, token issuers distribute free tokens for marketing purposes and to gain new followers. While this is a good way to earn some free digital tokens, it’s rather sporadic and can’t be considered as a regular source of income.

Digital asset exchanges like Kucoin reward their users based on their trading volume and on how traders use their platform. For example, with Kucoin, as much as 50 percent of its trading fees are distributed among KCS holders. Similarly, there are other platforms like NEO and COSS which offer similar services. For most exchanges, the annual expected return rate is around 6 percent.

A few cryptocurrencies like SALT, Ark, and Nexo pay their users to create value. For example, on Ark’s platform, voting involving staking behind a delegate, and the delegates are rewarded accordingly. On the other hand, NEO offers crypto-backed loans which can earn interest.

Ecosystems like Ethereum and EOS are ideal for developing decentralized applications or Dapps. These platforms incentivize users to stake their tokens by providing interest. For example, staking on EOS Dapps enables users to leverage computational power for their needs. You can earn between 0.1-0.2 percent by staking on EOS.

While you could create a passive income stream using the above-mentioned strategies, there is some risk involved. The primary risk is the uncertainty around these digital tokens on a regulatory and technical front, which could jeopardize your alternate income sources.

For more information about earning income and investing in the digital asset space, be sure to subscribe to the Bitcoin Market Journal newsletter to get valuable insights delivered to your inbox each week.