The pump continues. It’s not happening in crypto, but the stock markets are definitely pumping today, especially the tech sector. Amazon shot up 4% within the first hour of trading, and all the FAANGM stocks are in the green, as the market continues to defy gravity and reality.

As we know, the two main factors here are a) excessive stimulus by governments and central banks and b) an overzealous crowd of new traders who are intentionally refuting traditional valuation models largely thanks to a).

As per the new normal, gold is also rising today, and has broken a new high this morning of $1,820 per ounce. Silver has really stolen the show though, and is now testing fresh resistance at $20 an ounce. 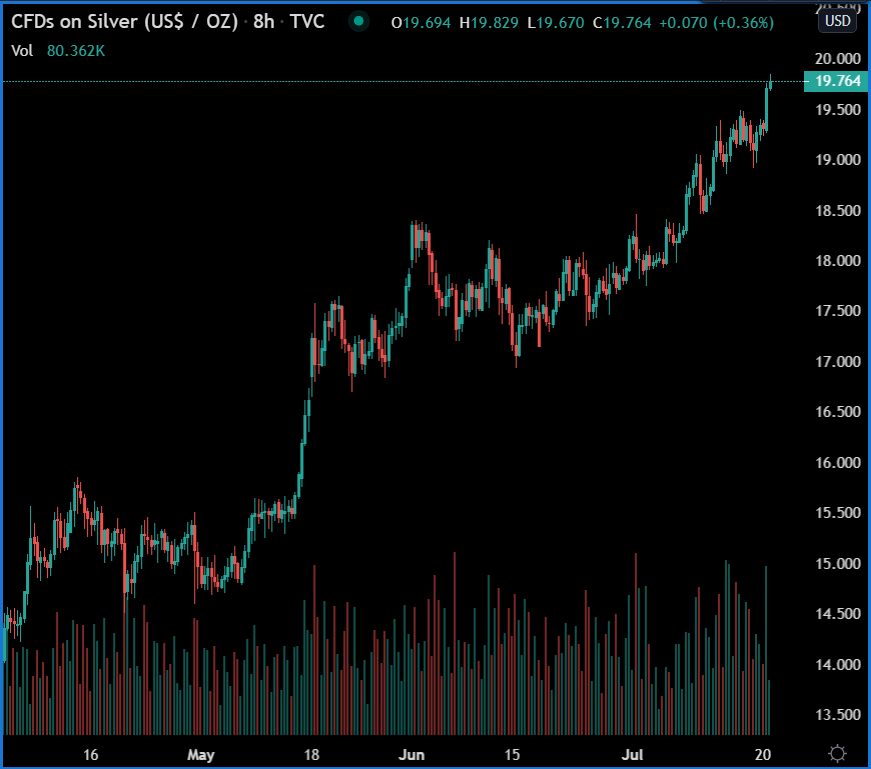 Meanwhile, the simultaneous stimulus debates continue in the European Union and the United States. The weekend euro convention has been extended and is still going on as we speak. Hopefully, we’ll hear from them pretty soon with some good news.

In the U.S., however, we’re getting even more indication of a rocky road ahead with a new rift being created between the president and congressional Republicans, so that adds another level of complexity on top of the already existing disputes between Republicans and Democrats.

The market sees this, but doesn’t seem very afraid right now. At least at the moment, investors are pricing in a grand deal both for the EU and the U.S.

The digital asset market is seeing a sharp divergence away from tech stocks this morning, a dynamic which now seems a bit conspicuous given the action of the last few months. Mati Greenspan Click to tweet

I’m not sure anybody could really tell you why the divergence is happening, or how long it might last. One key difference between the two markets however is that, as alluded above, tech stocks are ignoring traditional valuation models.

Digital assets however, never had any such models to begin with, and therefore most of their valuation is speculative.

This could explain why they’ve been trading so tightly lately, but it wouldn’t explain the divergence. Luckily, unlike the stocks we now have strong tools designed to gauge social sentiment for digital assets.

Here, we can see bitcoin’s social engagement volume (blue line), which recently spiked to a new high due to last week’s Twitter hack. 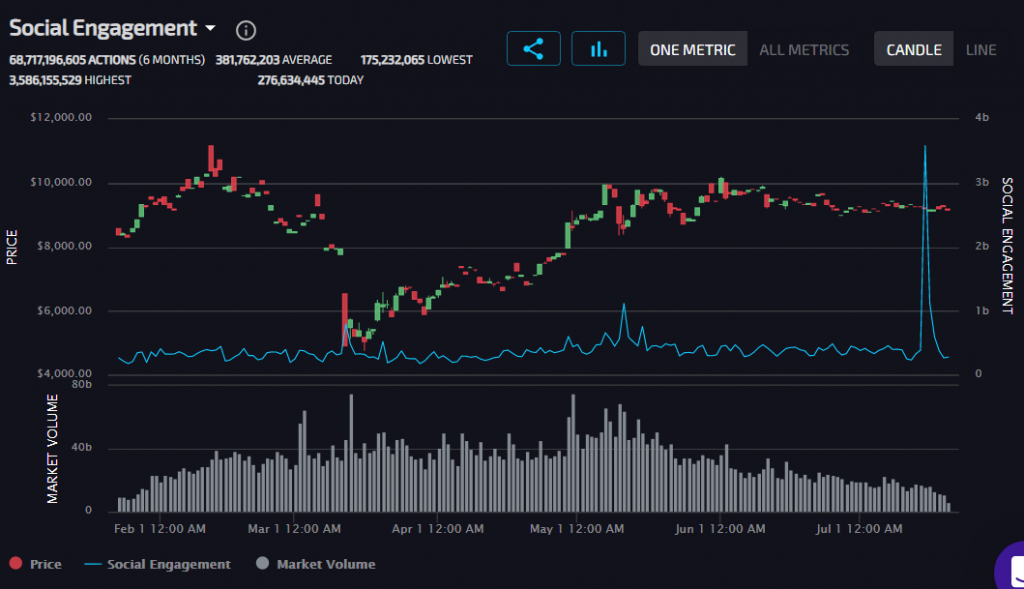 Since the spike, however, it seems like engagement has come down, even below normal levels. Volumes, however, have been steadily declining for several months.

There is a growing realization though that the 2020 DeFi hype may be overdone. Unlike the ICO boom of 2017, decentralized finance doesn’t seem to be attracting any new money to the market, but rather is simply finding new and creative ways to leverage current investments, detracting from so-called “hodl” coins in order to pump utility tokens.