If you’re reading this update, then you’re probably at least somewhat aware of how central banks have been manipulating financial markets since 2009.

What you might not have known is that lately some well known and respected economists are making the case that their most recent actions have not been the cause of the stocks meteoric rise over the last 5 months. The claim is particularly hard to swallow, especially when we put it on a chart. The purple circle is when the Fed first announced that they’ll be intervening in the markets again to “fix” the repo situation with POMO (permanent open market operations). 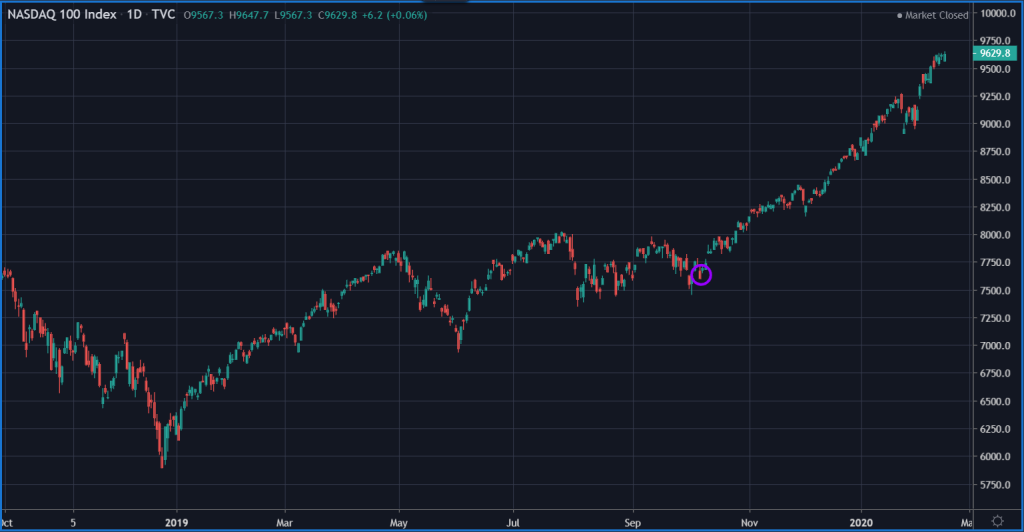 This is something that I’ve recently debated with hedge fund manager Mark Dow on twitter, after he shared this op-ed from a former Fed member making the seemingly preposterous claim. Today, Bloomberg’s Joe Weisenthal decided to do two entire tweet threads explaining the claim with a few very colorful analogies.

Now, I don’t want to get too technical here but what I did want to highlight is that at the heart of this narrative is the insistance from the Fed that the recent stimulus is “not quantitative easing,” which should be a reminder to all of us that the term QE was invented by the Fed in order to confuse the general public and obfuscate their actions.

At the end of the day, the point these economists are making is that Fed money is not going directly into the market but rather they are simply swapping assets for cash in order to allow the market to operate as it did before.

Whatever. To me, this just seems a lot like the recent statement from Jed McCaleb who’s trying to make the claim that his selling of 1 billion XRP over the last few years actually had no impact on market prices. Right…..

Though markets can seem like these complicated things sometimes, it’s really quite simple. Selling pressure causes prices to fall, injections of stimulus cause them to rise. It’s really that simple.

Usually, traditional markets like to follow a loose formula where assets that are risky and assets that are safe tend to trade in opposite directions. Today however, the market is in one of those weird phases where everything is just going up.

Take a look here, we can see gold and the US Dollar on top, which are known safe havens and the Nasdaq and crude oil on the bottom, which are known risk assets. As you can clearly see, everything is moving up. 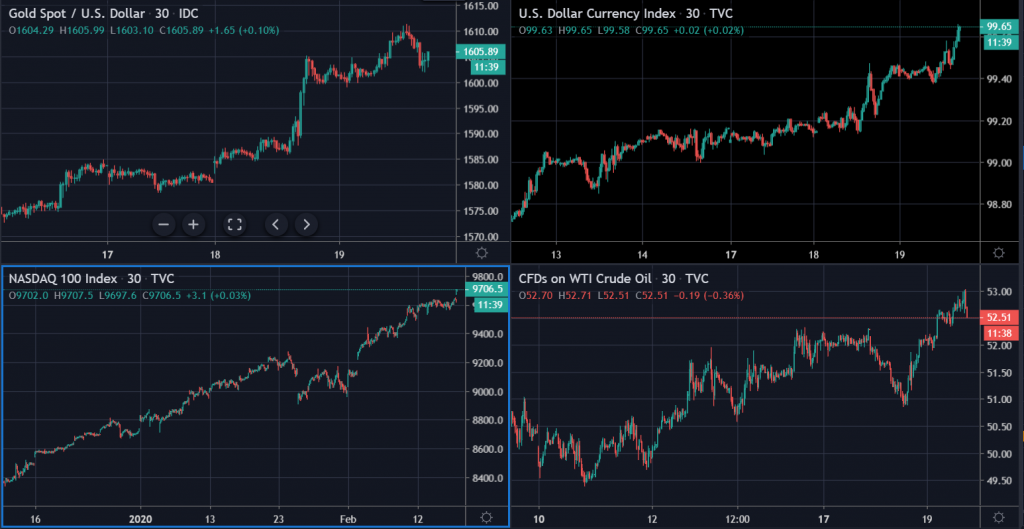 Not so strange if you think about it though. My theory, and this is just a theory at this point is that the value of currencies is gradually eroding. Such that the price of commodities, stocks, and everything else looks like it’s rising in relation. 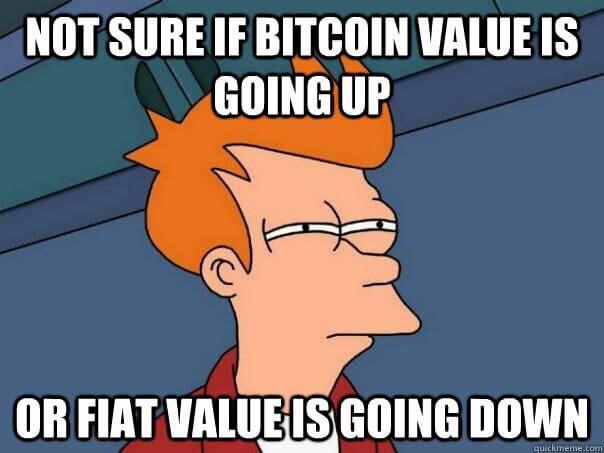 So… you might ask… if this is the case, why is the Dollar rising too?

That’s simple, it’s not. It’s just falling less fast than the other currencies that it’s being measured against. This type of situation is particularly felt in emerging markets who are exposed to the US Dollar and feel the hurt when it rises against their own.

Nevertheless, I gotta hand it to the Turkish Central bank today for lowering their benchmark rate today by 0.5%. It’s a big move, but I guess when the rates are that high you can afford to lower them in order to show confidence. The benchmark rate is now 10.75%… and investors say you can’t get yield these days.

Yup, as you might have guessed and probably have seen on the charts, crypto is going up too!!

Of course, some are going up faster than others. Though I don’t like to play pick the popcorn, I’m just stoked that in my eToro account the two cryptos that I’m holding the most of are the two best performers in the last 24 hours.

As far as bitcoin, the technical analysis is quite sound. We did end up making back into the range that we’ve been exploring lately and we’re now nestled comfortably in the lower-half of the inner-part of the channel. 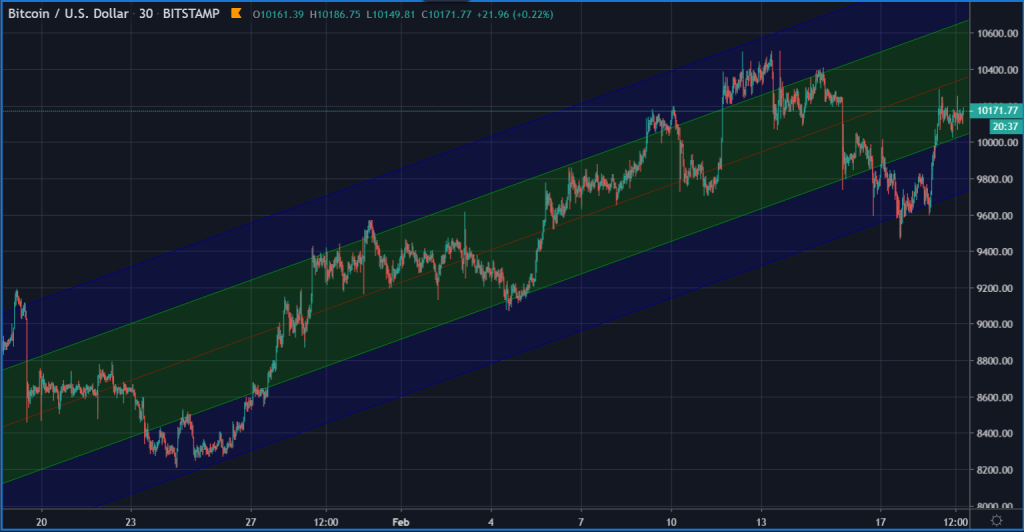 The golden cross is behind us and the halving is still ahead. So let’s hope the trend continues. Mati Greenspan Click to tweet

Many thanks to all of you as well for sharing my analysis. In large part to all of you, we’re seeing subscriptions also going up. So please continue to share the website and sending in your awesome questions and feedbacks. Have a wonderful day!