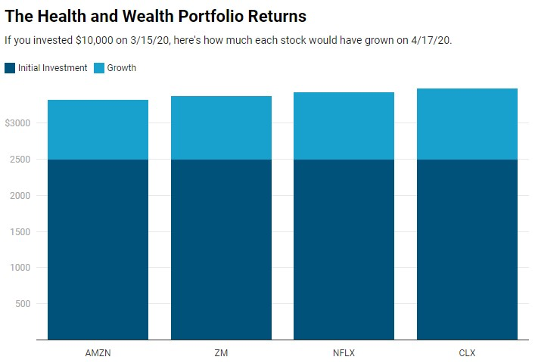 One month ago, I told you about our new Health and Wealth Portfolio, made up of four traditional stocks that would likely do well during the CoronaCrisis: 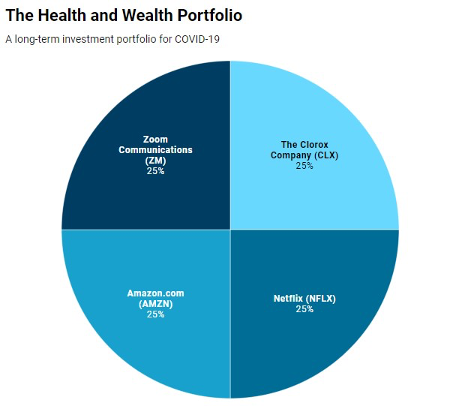 After one month, this portfolio has increased 36 percent. If you had invested $10,000 just one month ago, in other words, your holdings would now be worth a whopping $13,627.85.

Those results would be impressive if they were annual returns during a healthy economy. To grow that fast in one month during a downturn is mind-blowing.

As you know, our philosophy is not “get rich quick” but “get rich slowly.” (Play the long game.) So let’s turn to an update on our other long-term play: the Blockchain Believers Portfolio. 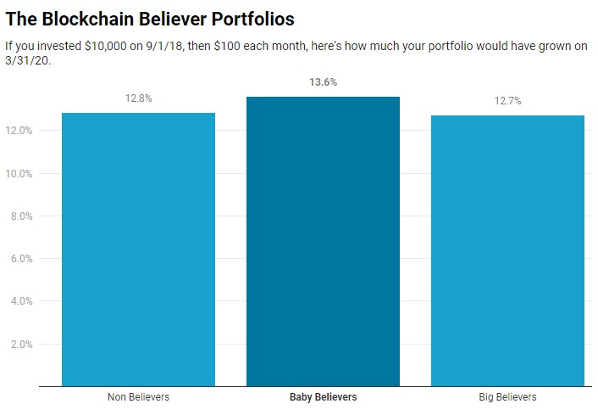 Here we also have interesting results:

Since the time we started tracking this portfolio until today:

This has big implications.

When the CoronaCrisis began, everyone expected bitcoin to be the “safe haven” as people fled the traditional stock market. When it didn’t happen overnight, everyone lost faith. But these things take time.

Think about how hard it still is to buy bitcoin. It’s not like people can just move over stocks to bitcoin in their E*TRADE account (yet). They’re separate markets, with a huge wall between them.

But as governments around the world look for ways to relieve the deepening financial pressure, and investors increase their demand for non-traditional assets, these walls will crumble.

Before we’re through this, bitcoin will finally go mainstream.

While there is real suffering with this crisis – from the cost of human lives to widespread economic hardship – there is also opportunity.

This is the finding of a great article by George Day and Paul Schoemaker recently published by The Wharton School. They outline three principles for how businesses can manage the CoronaCrisis, which can be equally applied to investors: 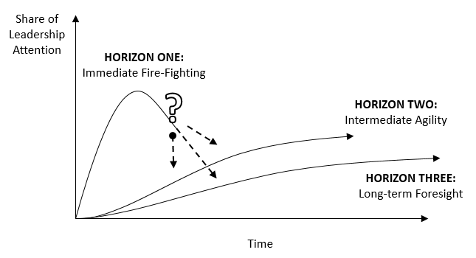 Principle One: Put out the immediate fires. In investing terms, this means to shore up your cash reserves, to be sure you’re set for a prolonged and systemic financial crisis.

Principle Two: Be agile. Nobody knows what the future will hold, or how long this recession will last. So we take it One Day at a Time (#ODAT). We adapt. We adjust. We keep tabs on “ground conditions” by talking to a lot of people, observing the world around us, and quickly course-correcting.

Where is the puck going? We’ve been laying out some of these principles in our recent newsletters:

This is a lot to think about. But the principles are to put out immediate fires, play the long game, and invest in the opportunity.

The entire world order is changing. Opportunities are everywhere.