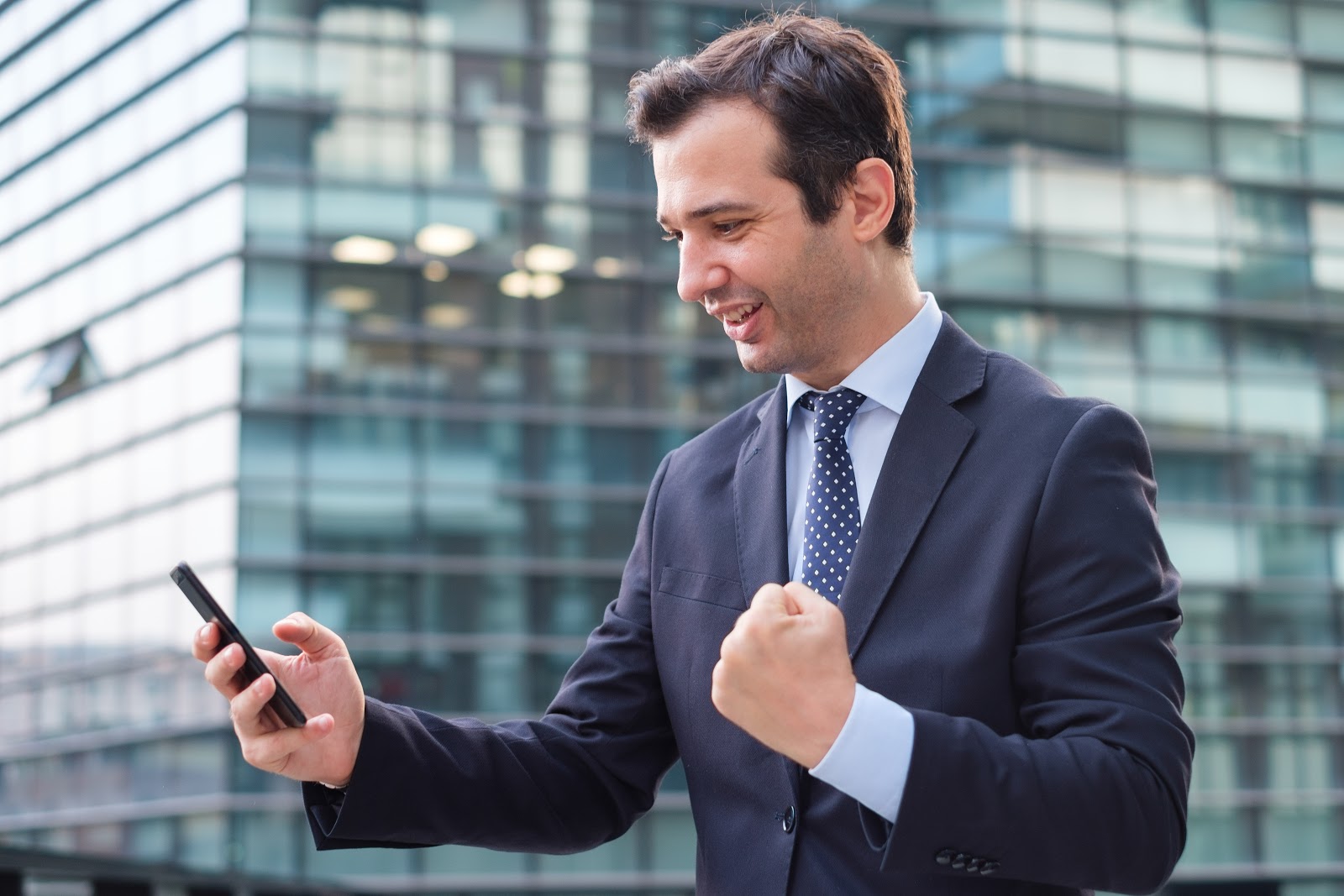 The price of bitcoin rises and falls, and sometimes you may want to convert bitcoin into other digital currencies like Bitcoin Cash.

Last November, Bitcoin Cash itself experienced a split, resulting in yet another digital currency, Bitcoin SV.

You should always do your own research before making financial/investment decisions, such as converting bitcoin to Bitcoin Cash.

Is Bitcoin Cash a better version of bitcoin?

However, Bitcoin Cash has not maintained its value as well as bitcoin. The price of Bitcoin Cash (measured in BTC) has fallen from nearly 0.2 BCH/BTC in July 2017 to 0.04 BCH/BTC. 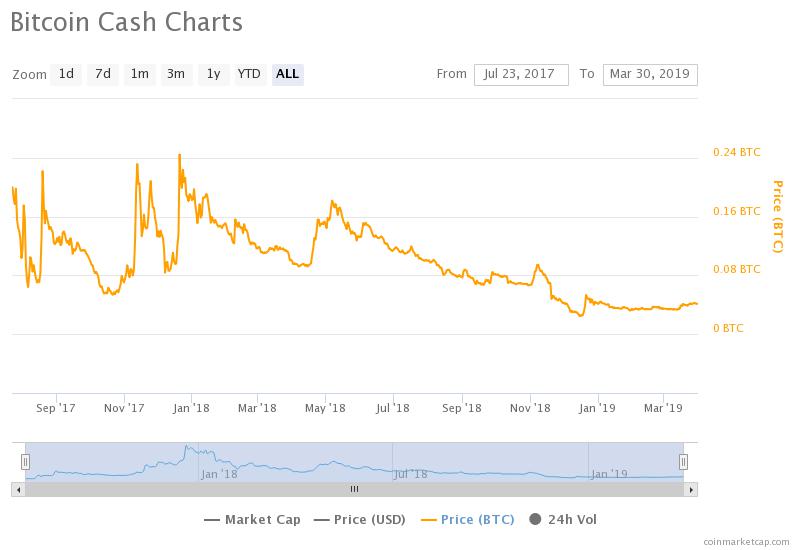 Coinbase is one of the world’s most popular bitcoin wallets. Coinbase claims over 20 million users.

Coinbase is beginner-friendly. Coinbase offers an easy way to convert between digital currencies for just a 1% transaction fee.

Bitcoin Cash has been available on Coinbase since December 2017.

Today we will convert $5 of bitcoin into $4.95 worth of Bitcoin Cash using Coinbase.

How to Convert Bitcoin to Bitcoin Cash, Step by Step

You can then add fiat money by linking your bank account or debit card, and buy bitcoin if you don’t already have any.

Once you’ve signed up and bought bitcoin, tap on the screen where it says “Bitcoin.” 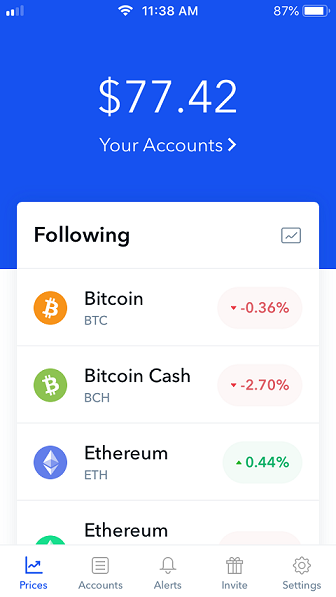 Next, you will see this. 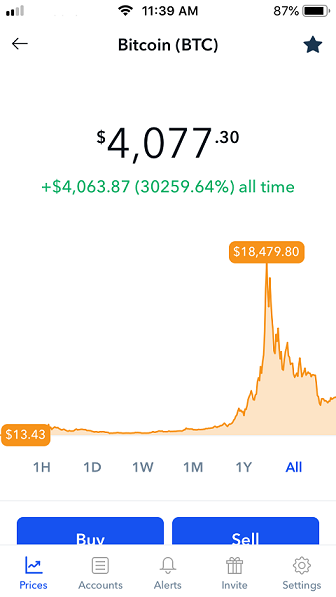 Tap on the blue button that says “Convert” to begin converting bitcoin to Bitcoin Cash. 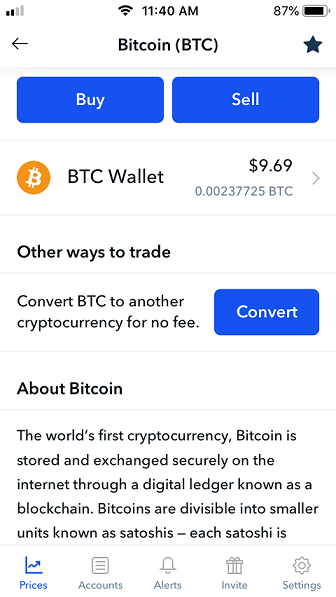 Although it says “Convert BTC to another cryptocurrency for no fee”, this isn’t quite true. Coinbase may not charge you a fee, but it does charge you something called the spread.

The spread is the difference between the bid price and the ask price.

This will be the next thing you see: 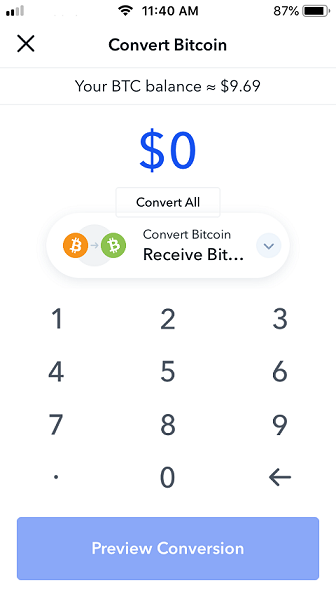 Type in the amount (in fiat currency, such as dollars or euros) of bitcoin that you want to convert.

Remember, Coinbase charges a 1% spread. So if we want to convert $5 worth of bitcoin into Bitcoin Cash, we will end up with $4.95 in BCH.

Next, tap on the blue button that says “Preview Conversion.” 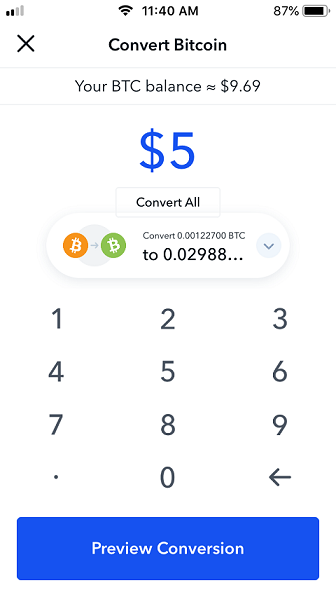 Tap on “Preview Conversion”. This will show you the amount of bitcoin (BTC) you will be converting into Bitcoin Cash (BCH).

Then tap on “Convert now”. 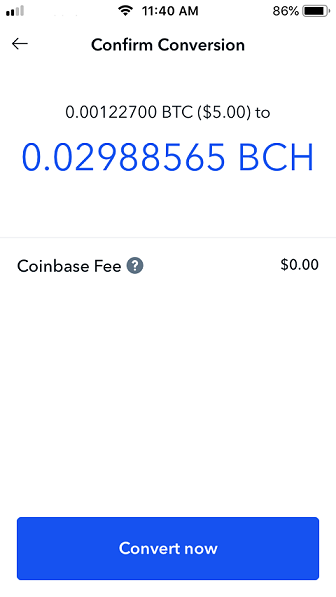 After the trade is executed, you will receive a confirmation. It will look like this: 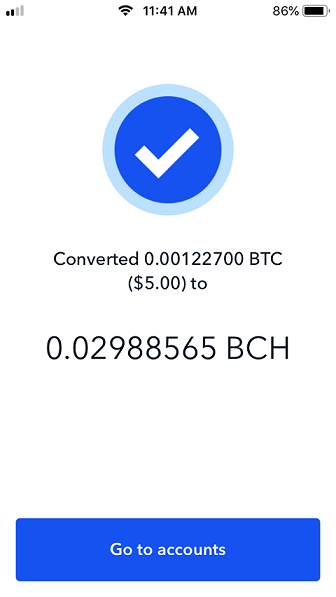 Congratulations! You have just completed this transaction.

If you hold bitcoin or altcoins, you may want to try and follow this field as it continues to evolve. We offer a free weekly newsletter covering topics such as bitcoin futures and Facebook’s proposed cryptocurrency.

To keep up with these developments, subscribe to the Bitcoin Market Journal newsletter today!