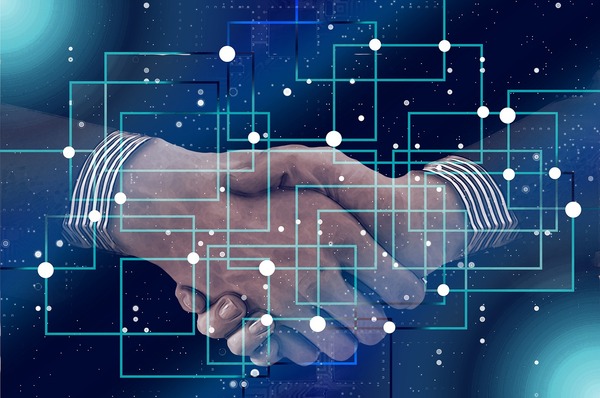 Distributed networks face a coordination problem. Independent players within a network require a mechanism they can use to communicate as well as participate in decision-making within the network. Blockchains rely on so-called consensus mechanisms to function.

Let’s look at the three most popular consensus mechanisms.

Proof of Work (PoW) is the first consensus mechanism ever to be used within the realm of cryptocurrencies. Many falsely believe it to be the brainchild of Bitcoin’s pseudonymous creator, Satoshi Nakamoto, but the idea was first published by two scientists, namely Cynthia Dwork and Moni Naor, in 1993. Due to its use in bitcoin, PoW is the most well-known consensus mechanism.

Proof of Work requires the solution of a mathematical puzzle that is used to confirm transactions on the blockchain.

These cryptographic puzzles are difficult to compute and require a significant amount of resources dedicated to finding the solution. The difficulty is by design because it is only with the right result can a new block be added to the chain.

Other cryptocurrencies that utilize PoW include Litecoin, Dash, and Bitcoin Cash, among many others. As referenced earlier, PoW is the most widely used consensus mechanism because it is one of the most robust, durable and reliable algorithms. It has proven itself, especially within the world’s most valuable digital currency, bitcoin.

While PoW is extremely effective in securing networks, it has its disadvantages. One of the biggest concerns is the large energy consumption associated with the mechanism. Estimates put the energy consumed by the Bitcoin network close to that of a small country. This is unsustainable, especially as more networks and their users employ PoW.

This is one of the reasons that Ethereum, which also uses PoW, is in the process of planning a move to a new algorithm. Furthermore, the rise of ASICs (Application Specific Integrated Circuit) designed to work within the PoW algorithm has allowed for a certain level of centralization. Those with money are able to purchase more of these machines and thus have greater chances of winning the next block. This is best exemplified in the Bitcoin network where 65 percent of the hashrate is held by five mining pools.

The PoW algorithm leaves the network open to a 51 percent attack, which refers to a scenario where malicious actors can take control of the network. While the Bitcoin network continues to be robust against this attack vector, some smaller currencies that utilize PoW have fallen victim.

Proof of stake (PoS) works in an entirely different manner then PoW. PoS negates the need for the mining process as there are no mathematical puzzles to solve.

PoS requires participators within the network to hold tokens as stake. What this means is that in order to add any new blocks to a chain, users must lock away some coins first.

The PoS system replaces miners with validators. These are participators who place bets on blocks they think can be added to the chain, using their locked up tokens as their wager. The rewards they win are calculated proportionately to the amount they previously locked away as their stake.

PoS is used within a number of notable digital currencies such PIVX, Qtum, and Reddcoin. PoS is well-liked by members of the crypto community as it provides a good way to earn “interest” on cryptocurrency holdings and is an environmentally-friendly alternative to Proof of Work.

However, PoS does not offer much in the way of punishment when it comes to malicious activity. In PoW, miners are financially incentivized to remain honest, but in PoS a validator can bet on two different chains, and will likely win on either side and have no repercussions for doing so. This is referred to as ‘nothing at stake.’ This is a major drawback of the algorithm.

Thus, while PoS continues to grow in popularity due to its energy efficiency, its lack of adequate punitive measures prevents it from gaining much traction. Interestingly, Ethereum is planning to move to PoS, but with the inclusion of code that negates the ‘nothing at stake’ challenge.

The Casper Protocol, developed by a team of Ethereum developers led by Vlad Zamfir, will work concurrently with PoS within the cryptocurrency’s new consensus mechanism. Casper will work the same way as regular PoS with one major difference. If validators try to launch a nothing at stake attack, their entire amount held as stake will be taken away from them.

Invented by Dan Larimer, Delegated Proof of Stake (DPoS) is a PoS rework.

The algorithm is fairly complex, involving a system where producers are chosen at the beginning of each block’s production. The entire network delegates their decision-making power to the producers, hence the name.

The producers are chosen at random and must participate within the network in order to stay eligible for continued consideration. Within DPoS, the block time is a meager three seconds, which allows the networks that use the algorithm the ability to scale easily.

Additionally, the DPoS system is robust because it is impossible to fork the chain. Due to its design, producers must co-operate instead to reach an agreeable conclusion. If any hard forks are attempted, the network automatically switches to the longest chain. DPoS is utilized in Bitshares, Steemit, and most famously the DApp platform, EOS.

While DPoS is energy efficient, fast, and highly scalable, there are concerns that the small number of producers lends the mechanism to a very high degree of centralization. Some consider this as just an ideological flaw, but it also opens up networks using this mechanism to real attacks such as shut down by governments or ISPs.

To learn more about digital currencies, how they work, and how to invest in them, subscribe to the Bitcoin Market Journal newsletter today!