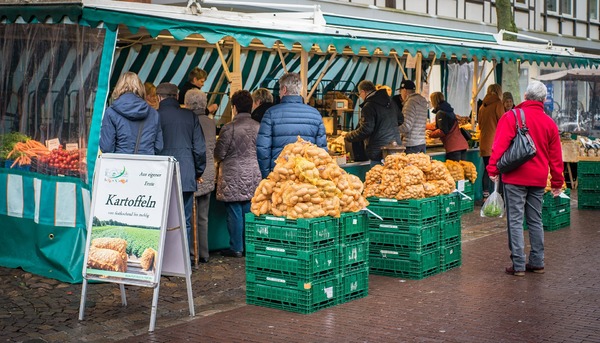 One of the most exciting parts of blockchain has been the development of the ecosystem. This is an innovative business model, one in which the company runs its own free market economy around a self-generated currency. It may be the most experimental way of doing business since the invention of online retail, and even that mostly iterated on an idea that Sears got around to in 1888.

At the heart of the ecosystem is the token. It’s a company-controlled currency local to the ecosystem, taking its value from the company’s product and making its money from the open market. The currency makes or breaks a blockchain company. Its value is the entire profit model, so learning how to make the token work as a currency will be essential to the success of the ecosystem business model.

Fortunately, we’re not reinventing the wheel. Operating a currency is a complex affair, sometimes enormously so, but there are lessons that blockchain companies can learn from similar projects. Here we look at the experiment called “local currencies,” projects with many parallels to the ecosystem business model. There are a few lessons that blockchain companies can learn.

How Local Currencies and Tokens Parallel

A local currency, otherwise known as a complementary currency, is a privately developed currency that runs within and alongside a larger economy. Usually, it will circulate within a single town or small community whose local businesses and individuals voluntarily accept it, such as the Berkshares of Southern Berkshire, Massachusetts. No community can require residents to accept a local currency. In every major economy, the national government keeps its monopoly on legal tender.

Consumers spend and trade this local currency regionally. They buy local currency with the currency of its parent economy (hereinafter dollars, for ease of reading), then sell it to future internal consumers for dollars in return.

For consumers, the value of a local currency is increased access to the local economy. For vendors, it is, chiefly, their ability to transform local notes into national notes.

In many, if not most, relevant aspects, this parallels the function of a token within a blockchain ecosystem. Outside consumers purchase an ecosystem’s token so that they can access the project’s goods and services. Internal participants collect and sell these tokens for dollars so that they can profit by contributing those goods and services. In between sits the token, a digital local currency.

Given these parallels, there are lessons that blockchain companies can learn from the successes and failures of local currency projects.

Abandon Politics – Currency is not an object for social change. Projects which try to regulate their currency for ideological ends typically create inefficient systems.

Some few local currency systems, such as time banks, are built around political and sociological goals. They want to create a more just economy and, typically, make an ideological comment at large. This is also a common attitude among blockchain projects, whose supporters often cheer tokens as the end of banks, governments, and fiat money.

This is an approach which can often undermine the entire project.

As researchers from the University of Bologna and the London School of Economics noted, collective trust is essential to a currency system. This is especially true, they wrote, in any local currency ecosystem because it has no force of law. Whether a Berkshare or a token, the community has to buy into the currency voluntarily. This becomes significantly more difficult when the currency is sold and operated on the basis of a potentially divisive ideology.

There is no faster way to fracture a marketplace than by making consumers choose sides in a culture war.

Projects which attempt to do this can quickly alienate potential consumers and create a marketplace warped by politics. This will interfere, if not cripple, a project’s ability to balance their currency’s value within the marketplace.

Think External – Your ecosystem is not self-sufficient. The value of your token depends on its relationship to larger economies and more broadly accepted currencies.

While a Master’s student, the economist Ian Schmutte wrote a paper discussing the relationship between local currencies and broader economies. Among his findings, he noted that when local firms cannot effectively redeem their regional money for dollars, “organizers of the system struggle to convince [them] to accept them.” This insight speaks to a broader truth about local currencies, which is that they typically act as a stand-in for the value that consumers actually seek.

Whether a community dollar or a blockchain token, a local currency is what economists call a “dominated asset.” An asset is considered “dominated” when it will always yield lower utility than a comparable one.

In the case of a local currency or a token, the dollar dominates because ultimately everyone who participates needs to transform their holdings into either products or dollars.

As a result, local currency systems which cannot transfer back into dollars will struggle to find producers. The agents who provide goods and services to your economy need to know that they can easily realize their work into capital.

If selling your currency back into the marketplace is difficult, or if your currency has little real value in terms of dollars, you will struggle to keep producers with products to sell.

Regulate Value – The purpose of an internal currency is to organically sustain the trade value of its products. It must do this to succeed.

In 1932 a small Austrian town Worgl conducted an experiment. Mired in the Great Depression, the town government minted a community currency valid only for local goods and services. The theory behind this project was to address pent-up demand which had been artificially limited by the low supply of currency.

In other words, the town had farmers who needed homes and carpenters who needed food, but neither had the cash with which to do business. Economists generally consider the experiment successful, as transactions rose quickly within the town of Worgl in 1932 and 1933.

This also demonstrates one of the key values of local currency. It exists to facilitate exchange.

To succeed, your local currency must solve the capital supply problem between consumers and producers. It must create a marketplace, typically by solving the supply gap between producers and consumers.

For a blockchain token firm, this is a very real opportunity. The supply gap typically exists on multiple levels. Users may have limited access to conventional funds, say perhaps if they come from more impoverished nations. Or they may come from a diverse array of currency backgrounds, which can create chaos as people try to buy and sell across potentially dozens of foreign currencies.

A token ecosystem can solve this problem by giving consumers and producers access to a universal money system. However, to do so it must exist in sufficient quantities to ensure that consumers don’t face a supply shortage. The ecosystem must also ensure that the token exists in limited enough quantities that producers can leave the ecosystem and receive external value for their effort (as noted above). Effective balance and circulation of a token currency can create a marketplace within which your producers work and create value for the products sold within it.

For more insights into the blockchain marketplace, subscribe to the Bitcoin Market Journal newsletter today.