Blockchain is like a modern-day gold rush. Much like the California Gold Rush of 1849, the easy money opportunities of turning $10,000 into $1 million by buying bitcoin have passed. However, there is still potential to ride the blockchain wave to wealth without buying bitcoin, altcoins, or cryptocurrencies.

We call them blockstocks: buying stocks in companies that are investing heavily in blockchain technology. These are publicly-traded companies that let you, the investor, participate in the blockchain bonanza—the “picks and shovels” of our modern-day Gold Rush.

Here are our top blockstock opportunities, broken down by category.

Similarly, bitcoin could once be “mined” using your desktop PC, but today’s specialized computers—or “mining rigs”—are built for mathematical speed, packed with high-end graphics cards (like the ones used by serious videogamers), which specialize in extremely fast calculations.

Consider investing in companies like NVIDIA and AMD, which specialize in these graphics cards and chips. Also consider companies that make application-specific integrated circuits (ASICs), which are processors built exclusively for mining bitcoin. Taiwan Semiconductor and Samsung are two major players in ASICs built for blockchain. (Bonus: ASICs are also being used in AI.)

Here is the one caveat. Due to the evolution of new consensus algorithms that are positioning themselves to replace “Proof of Work,” this is probably not a growth industry, so consider a short-term perspective when investing in “mining equipment” blockstocks.

The Infrastructure: Tech Companies Betting on Blockchain. Like most financial revolutions, the Gold Rush was led by scrappy entrepreneurs and aggressive speculators—not by large, conservative companies. Still, the old-school companies that saw change on the horizon were able to profit from it.

Some of today’s biggest tech companies see blockchain on the horizon. For example, IBM has taken a leadership role in the development of Hyperledger, an open-source blockchain project that has attracted other well-known technology companies like Cisco, Fujitsu, Hitachi, NEC, and VMware.

Look for companies that are building out real blockchain divisions and contributing meaningfully to the ecosystem, not just paying lip service to blockchain technology. Although blockchain may well cannibalize their core businesses, this early R&D may help them to reinvent themselves.

The Experts: Blockchain Consulting Companies. Huge veins of gold were trapped in cliff faces and pillars of rock. Specialized engineers developed methods of hydraulic mining, or blasting high-pressure water to chip away at the rock. You better believe those dudes weren’t cheap.

Similarly, good blockchain consultants are few and far between. This is a magnificent opportunity, as everyone from insurance companies to petroleum refineries is trying to figure out a blockchain strategy without understanding the first thing about the technology.

Traditional consulting companies like Accenture and development companies like Infosys stand to benefit from the demand in specialized blockchain knowledge. There will be many other boutique firms to give them a run for their money. 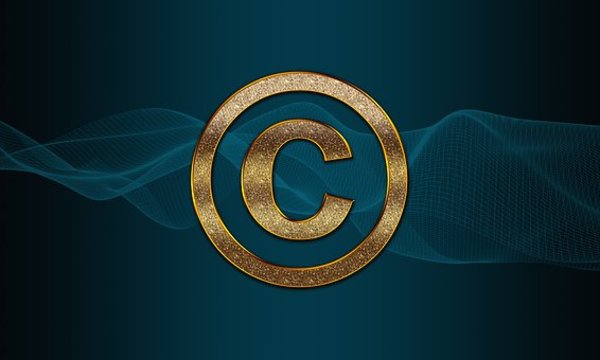 The Intellectual Property: Companies with blockchain patents. What if James Marshall, the carpenter who first discovered gold, had kept his discovery to himself until he could issue mining licenses on the land where he found the gold?

Public companies are rushing to file their own blockchain patents, according to a report from intellectual property research firm Envision IP. These blockchain patents may be worth billions of dollars of future revenue if other companies end up licensing them.

Consider investing in the companies holding these patents, because they are serious about the technology; the leaders are Bank of America, followed by IBM, Mastercard, TD Bank, and Accenture. In the chart below, note the absence of big technology companies like Google, Apple, and Microsoft from the Top 10.

The Money Movers: Financial Services Companies. Some of the most successful Gold Rush entrepreneurs created banks, to provide financing, store wealth, and exchange cash for gold. In fact, the venerable Wells Fargo, which started during the Gold Rush, is filing blockchain patents today for its tokenization system that protects sensitive data.

The chart above shows just how seriously other big financial institutions are taking blockchain. You can also explore smaller players like the payment processor Square, which has a government-approved license to accept bitcoin payments.

You might even consider non-traditional companies like discount retailer Overstock, which was among the first to accept bitcoin and is increasingly shifting its focus to blockchain. The financial juggernauts of tomorrow will likely appear very different from those of today. After all, at a comparable time in the internet revolution, who could have predicted PayPal?

For more cutting-edge ideas for diversifying your portfolio in the blockchain industry,  subscribe to the Bitcoin Market Journal newsletter today.

Disclaimer: From 1992-1996, Evan worked for Andersen Consulting, which would later become Accenture, but they maintain no current relationship.