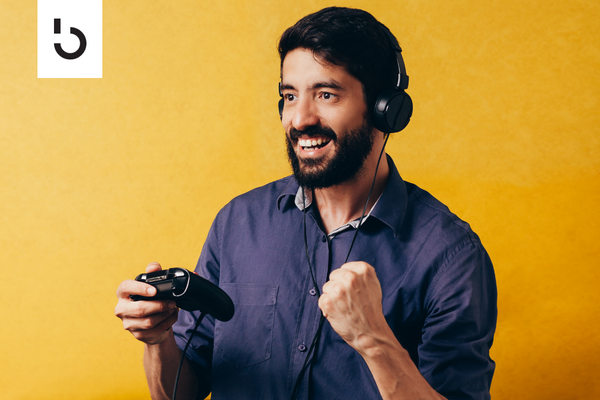 Summary: The promise of blockchain gaming is that players can benefit from the same technology that powers cryptocurrencies, which means true ownership, transparency, borderless transactions, and the ability to win items that may grow in value. The overlap with Metaverse and Web3 technologies makes blockchain gaming even more exciting for investors.

Blockchain games are in a league of their own, for two primary reasons:

Traditional games are centralized. All in-game items, the game story, and the code come from a single company (for example, Electronic Arts or Blizzard).

Blockchain-based games, although still developed and released by a central company, give players more control over their in-game items, which can be traded on secondary markets. There are even promises of transferring items between games.

Blockchain games introduce new economic and monetization models that aren’t available with traditional games. These involve a combination of non-fungible tokens (NFTs) representing in-game items and other assets, as well as proprietary cryptocurrencies that fuel the in-game economy.

The play-to-earn (P2E) model is very popular across blockchain games, Web3, and Metaverse applications. It enables gamers to generate income by actively playing and taking part in different tournaments and other events.

While gamers can, in theory, earn a lot of money by playing traditional games (DOTA 2’s prize pool for the international championship was $40 million in 2021, and FIFA 22 players can earn rewards in the tens of thousands), blockchain games involve more democratic reward systems, benefiting a wider range of casual gamers.

More importantly, in blockchain games, the value and potential rewards are directly tied to the in-game items, be it land, characters, weapons, etc.

Games based on blockchain technology have surged in popularity because of several major benefits:

In 2021, the Blockchain Game Association (BGA) surveyed over 200 gamers worldwide and found that the majority of them (85%) considered asset ownership as the most significant advantage of blockchain gaming, as the decentralized ledger technology enables users to have true ownership of their in-game assets through NFTs.

Blockchain gaming is still a new and unexplored market, which comes with risks and challenges. However, that hasn’t stopped venture capital firms and other institutional investors from getting exposure to this new sector by pouring in hundreds of millions of dollars.

“I believe the next stage of the blockchain industry will be entirely about onboarding new users, and we think gaming is by far the biggest top-of-funnel opportunity. As the economics of play to earn models converge with triple-A games that are actually fun to play, we expect an explosion of growth for this sector.” – Michael Anderson, Framework Ventures

In mid-October, Framework led a funding round to help Stardust, which provides developer tools for creating blockchain games, raise $30 million.

All in all, early investment in blockchain games remains at a high level, despite the harsh conditions in the crypto market.

Blockchain gaming is surging rapidly, with many new games competing to attract players and investors. However, some complain that the “fun factor” is still missing, as blockchain games haven’t evolved to the level of traditional AAA games.

Even so, there are well-established games that still have the potential to grow. Some examples are the Metaverse games Sandbox (with its token SAND), and Decentraland (MANA).

Some other game tokens on the rise are STEPN, the native token of a Web3 lifestyle app, and MAGIC, the token of the first profile picture (PFP) MMORPG called Legions of Crypto.

There are several newcomers that may grow rapidly. For example, Calvaria might be the best new crypto game leveraging high bandwidth network. The public sale of its RIA token started in November 2022.

Battle Infinity, a fantasy sport gaming platform hosting P2E games integrated with a Metaverse world, is another candidate with great potential. The native IBAT token was launched in September 2022.

Blockchain gaming is promising, but there are several challenges that may hinder its expansion and competitiveness with AAA games.

The first is security. In the first half of 2022, Axie Infinity, one of the most popular blockchain games, suffered a massive hack that caused total losses of over $600 million. The US government found that the attack was organized by a North Korea-backed entity known as Lazarus.

For this reason, developers should consider building on well-established blockchains — such as Ethereum — which may reduce the possibility of major hacking attacks. And investors would also be wise to look for games hosted on developed and secure blockchains.

Other challenges that need to be addressed are limited awareness of NFT and blockchain technologies across the wider gaming community, accessibility barriers, price volatility, and complexity.

Price volatility is double-edged, as it can augment the value of rewards thanks to token price appreciation, but there is a risk of losing money as well. For example, the price of AXS, the native token of Axie Infinity, has dropped dramatically following the hack. The token collapsed from $70 in March 2022 to just $10 by November 2022.

However, these are challenges experienced by any emerging sector, and most players agree that blockchain gaming is here to stay.

“Over the next few years, we predict that blockchain gaming will become one of the largest forms of employment in the world, with billions of people attracted to the allure and access of better economic opportunities found in entirely new digital universes.” – Michael Anderson, Framework Ventures

Blockchain gaming comes with many opportunities for investors. There are three main ways to get exposure to crypto games:

1) Invest in the project itself by taking part in seed financing rounds. This approach is suitable for institutional or accredited investors.

2) Buy the tokens that fuel the game, such as AXS for Axie Infinity, SAND for The Sandbox, MANA for Decentraland, or GODS for Gods Unchained. If you analyze the fundamentals of a game and you like it, you may benefit from purchasing (or earning) the native token, and selling when the game attracts more users and the price goes up.

3) Play P2E games and get rewarded for participating in tournaments and events. You can also accumulate NFTs representing in-game items and eventually sell them on secondary markets.

Due diligence is mandatory before earning or investing, given that blockchain gaming is still a nascent sector. You may not get rich playing these games, but it’s a way to have fun while learning about them.

Sign up for our free crypto investing newsletter to get notified about the latest opportunities (find out before the market does).